March 10, 2021 | 14:33
Tweet Email Print
Vietnam’s aviation market is trying to warm up rapidly as the world tries to move back to some kind of normality in the face of vaccine arrivals and successful domestic human vaccine trials.

Leading airlines such as Vietnam Airlines, Vietjet, and Bamboo Airways are increasing the number of new flights and hot deals for their traditional routes around the country along with efforts to apply early COVID-19 vaccines for their pilots and crews.

Bamboo Airways then also applied in documents to the Civil Aviation Authority of Vietnam (CAAV) for their air crews to be injected in the first stage. Although aviation personnel are also on the list of priority vaccinations, airline teams will currently have to wait until the third quarter. Responding to the tough situation, airlines are eager and ready to pay for early vaccine doses for their staff.

“We identify that pilot and crew are the frontline forces to serve both domestic and international flights so it’s essential to keep safe for them and their passengers,” shared a Vietnam Airlines representative.

So far, the government is deemed the only authority over vaccine ordering and allocation. “If businesses are allowed to buy proactively, I think that not only Vietnam Airlines but many businesses will be willing to pay,” he added. According to Nguyen Ngoc Trong, deputy general director of Bamboo Airways, besides waiting for the state, the airline is also ready to pay for vaccines for all employees. However the process and sources to buy is to be approved by the Ministry of Health, and are not decisions for any individual or business.

Outside the country, some international groups including Etihad, and Singapore Airlines and its sisters SilkAir and Scoot advertised their first flights with 100-per-cent of pilots and crews injected with COVID-19 vaccines as a marketing tool to attract travellers to fly with them.

Warming up the skies

On March 1, the CAAV appealed to the Ministry of Transport to reopen Van Don International Airport in the northeastern province of Quang Ninh after being closed for a month, taking into consideration the successful attempt to contain COVID-19 in the province. After the Van Don airport reopened on March 3, Vietnam Airlines and Vietjet were the first airlines to put on flights from Ho Chi Minh City to the airport in 2021.

The resumed routes are expected to meet the domestic passenger travel demand as well as receive repatriation flights for Vietnamese citizens and foreign specialists to enter Vietnam to work.

Vietnam Airlines will offer a frequency of one flight per week every Wednesday from March 3 to 17 and three flights per week on Wednesdays, Fridays, and Sundays from March 18 until the end of the year.

According to Dinh Viet Phuong, Vietjet managing director, Van Don International Airport would quickly return to its bustle. “We are committed to do our best to bring people and tourists back to Van Don and Quang Ninh in general in the safest way possible. Vietjet is ready for all means of safety in preventing the pandemic to resume domestic and international flight routes,” Phuong said.

Vietjet was recently certified with seven stars, the world’s highest rating for COVID-19 compliance for global airlines, by AirlineRatings. The list also named other renowned airlines such as Emirates, Etihad, Delta, Lufthansa, and others.

According to the latest statistics provided by Schedules Analyzer and listed by the global travel data provider OAG, Hanoi-Ho Chi Minh City route is ranked second among the world’s top 10 busiest domestic routes for March with a total of nearly 978,000 seats, just after Jeju-Seoul Gimpo route. Nine of the world’s busiest domestic routes are in Asia.

As stated in the report of the CAAV, from January 1 to February 18, Vietnamese airlines provided almost 21,000 flights, with the highest peak of 1.5 million passengers per week. Vietnam Airlines consisted of 6,725 flights, Vietjet 7,881 flights, Bamboo Airways 4,008, Jetstar Pacific 1,640, VASCO at 518 flights, and Vietravel Airlines with 172 flights.

At last month’s webinar on aviation, it was noted that Vietnam was ranked in the top five countries which have added the most airline capacity between 2010 and 2019, according to Boeing’s 2020 Commercial Market Outlook.

Darren Hulst, Boeing’s vice president of Commercial Marketing said, “Indonesia, Thailand, Malaysia, the Philippines, and Vietnam are the markets that most contribute to growth in the global aviation market. They are also places with more room for expansion because of the emerging middle class, which could be 60 million new passengers in the next 15 years.”

Hulst also considered Vietnam as the fastest-growing market in terms of growth of air travel in the region with the advantage of a strong domestic market and the recent control of the pandemic. Along with imported vaccines and Vietnamese-made vaccines gaining traction, it is being deemed an ideal time for the country’s airlines to shift and upgrade their services to prepare good infrastructure to welcome new flocks of domestic travellers as well as getting ready for the opening of international skies. 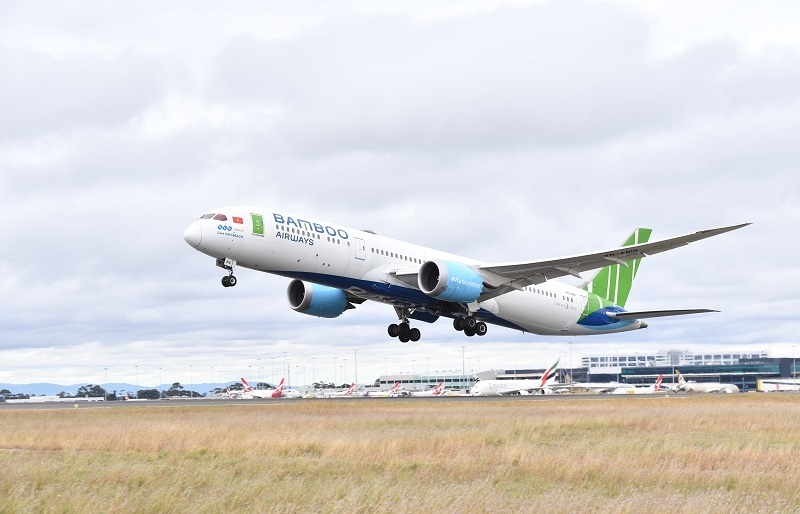