December 24, 2020 | 09:00 (0) user say
Tweet Email Print
Frequently hit by natural disasters, many households in the northern province of Nam Dinh have been able to have better livelihoods thanks to rearing groupers – a type of fishery product with high economic effectiveness – and planting mangroves to protect locals from natural disasters.

These days Pham Ngoc Nhan, 56, are preparing to catch groupers that he is raising on his project supported 2,000 square metre pond. The fish, about 1.35 tonnes in volume, are expected to bring about just over VND209 million ($9,000) to his four-member family.

“We will catch the groupers before Lunar New Year. Besides the money to be earned from them, we will also catch shrimp and crabs that are also raised at the pond together with the groupers. The money from shrimp and crab sales is estimated to be about VND60 million ($2,600),” Nhan told VIR.

The total sum of about VND269 million ($11,700) will be the largest that Nhan’s family have ever earned, because usually the sum hovers around VND100 million ($4,350) per year due to low-quality grouper breeds. In fact, the family, which has been engaging in raising groupers for eight years, was introduced in August 2019 with a fish-shrimp integrated farming model by a component backed by the Green Climate Fund (GCF). This component is part of a wider project to improve the resilience of coastal communities to climate change in Vietnam, funded jointly by the GCF, the Vietnamese government, and the United Nations Development Programme.

Under this scheme, each household like Nhan’s was provided with 1,000 free-of-charge grouper breeds, which are of high quality, along with technical training as well.

Previously, the amount of such breeds was put out to tender by the Project Management Unit of Nam Dinh province to select a reputable contractor with experience in high quality breeding. Through inspection, the quantity and quality are met, ensuring the conditions for rearing.

Nhan’s family lives in Nghia Hai, a coastal commune of Nghia Hung district in the northern province of Nam Dinh. Nghia Hai boasts about 80ha of fishing ponds involving the participation of over 70 households and located at the commune’s Con Xanh area.

However, 11 of these households with a total of 2.2ha fish pond, including Nhan’s were in August 2019 provided with fish-shrimp integrated farming model by the project. They feel happy as the high-quality breeds received and the technical knowledge taken from the training courses can help them improve livelihoods.

“With the 1,000 grouper breeds from the project, we also bought another 1,000 breeds. Besides that, we also raise shrimp in the pond,” said farmer Vu Van De, 38, who owns a 1.6ha fish-pond. Last week he caught the fish and sold them to the market, earning over VND200 million ($8,700), also the highest income for a grouper crop since he began the business a few years ago.

“One of the reasons is that the quality of the grouper breeders provided by the project is far better than that of the same breeds sold in the market,” De told VIR. “We can use the money to reinvest into the business, with part of it earmarked to buy a new motorbike.”

In another case, Dinh Van Thai, 60, was also provided by the project with 1,000 grouper breeds. “Never had I seen such a good type of breed. The groupers have been growing very fast, with their health better than that of other ordinary groupers. They seldom suffer from diseases.”

Thai owns one hectare of grouper pond, in which a reasonable amount of shrimp are also raised. It is expected that when they are sold, they will bring hundreds of millions of VND to his family, which has been engaging in the fish trade for decades.

In fact, the coexistence of groupers and shrimp in these ponds means a miniature “circular” economy, in which shrimp will deal with all waste from the other fish. “It is an eco-circle. If there is no shrimp raised together with groupers, the water would become polluted,” Nhan said.

According to the Project Management Unit in Nam Dinh, this integrated farming model clearly show an enhancement in both quality and yield of fish and shrimps raised together. The success of this model in Nghia Hai commune brings an opportunity for coastal farmers with about 20 per cent higher income generated from a same area of fish pond.

Previously, the project beneficiaries used to catch fish at areas where there were some long-standing mangroves. However, after the areas of the forests began to be expanded with newly-planted mangrove species under another initiative from the GCF project, such households were affected in terms of livelihoods as they could not fish in the area any longer. They have since received support as grouper breeds from the project.

Among the effects of climate change, sea level rises and severe typhoons pose the greatest threat to the stability of human settlements along coastlines. In Nam Dinh, Nghia Hung district is a coastal one often hit seriously by storms directly coming from the sea. Over a month ago, a storm attacked the district, eating up a large part of the coast lined with casuarina trees planted a long time ago to keep land from erosion.

Many trees have been swept away, with sandy areas already depressed into the sea, and strong waves threatening to continue eating up the land and smashing down houses and gardens of locals whose livelihood depends on fishery activities. As reported, the recent storm No.7, combining with high tide, affected two sections of the sea dyke embankment in Hai Hau district with a total sag pit area of 278sq.m. This section of sea dyke stands alone without mangrove forest around.

Thus, protecting and enhancing mangrove forests must be prioritised to mitigate the influences of strong typhoons and persistent sea level rise for coastal protection.

Under the project to improve the resilience of coastal communities to climate change in Vietnam, in Nam Dinh, mangrove regeneration has been implemented since 2018, with 112.69ha planted as supplementation and another 85.08ha newly planted. They play an important role in protection from natural disasters and for the lives of communities in coastal areas considered the most vulnerable to the impacts of climate change.

Farmer Nguyen Duc Thuy from Nam Dien commune in Nghia Hung district spends most of his time taking care of the mangrove forest near his house, and takes pride in his work. “The forest can help shield villagers from storms and also protect dykes,” Thuy said. Like many other forest planters, he often wakes up at dawn every day to look after the forest when the sea tide ebbs away. Once or twice every year when the rainy season comes round, forest planters have to review the area, remove low-quality trees, and foster new ones.

Nguyen Van Hien, Vice Chairman of Nghia Hai commune, said, “The mangrove forest here is quite useful as it protects the sea dyke and mitigated negative effects of storms and floods. Local residents are well taking care of the forest, and thanks to training courses, they have improved their awareness in protecting them.”

Mangrove areas create a vital buffer between the sea and coastal communities. GCF funds support regeneration of approximately 4,000ha of mangroves in coastal areas vulnerable to climate change impacts, including the provinces of Nam Dinh, Thanh Hoa, Quang Nam, Quang Ngai, and Ca Mau. Thanks to the project on improving resilience of coastal communities to climate change in Vietnam, many locals in Nam Dinh have been able to secure their sustainable livelihood, while mangrove forests can have a good environment for development, protecting residents from disasters. This is very mutual support between residents and the forests at coastal areas.

It can be said that the biggest success in each activity against coastal disasters is the change in the mindset of the community. They have not been passive to the disasters any longer, but have taken the initiative in responding to them. 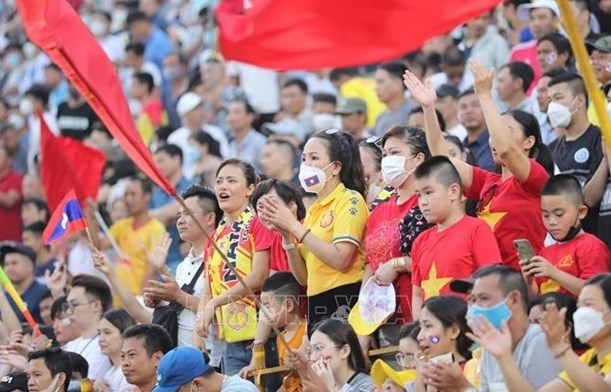 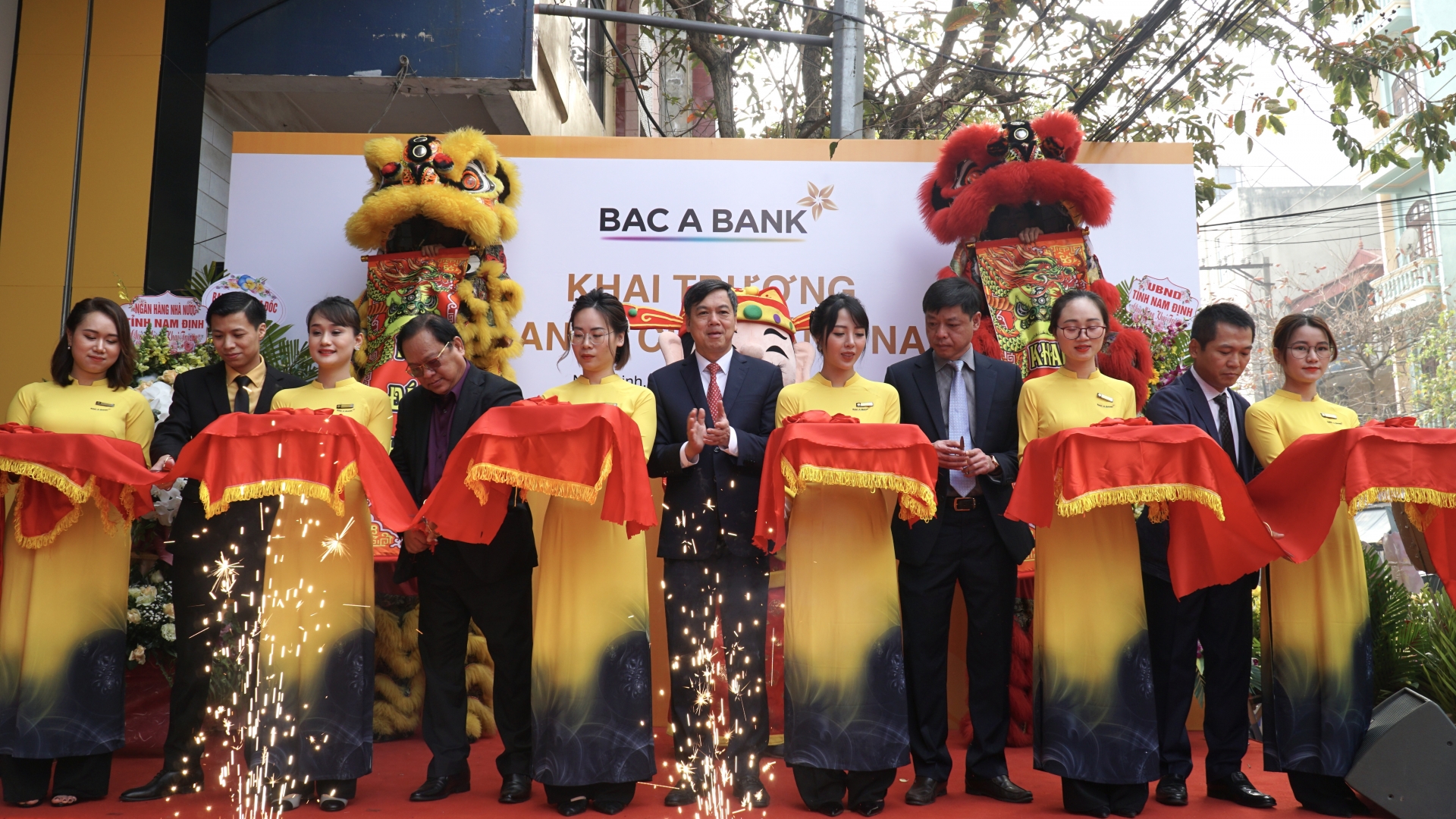 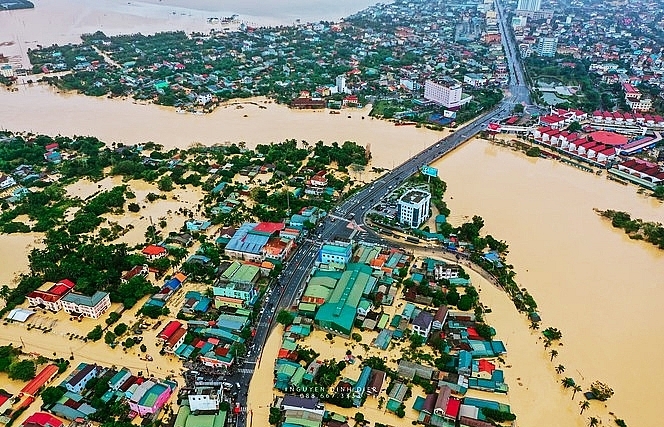 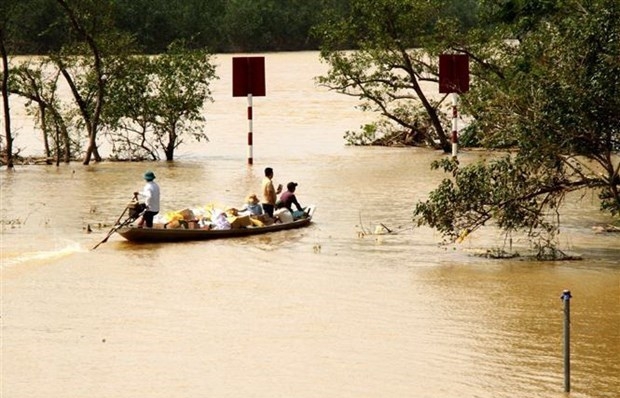