The festival will run from 8am to 11pm daily. HOZO 2022 and Ho Chi Minh City Hot Air Balloon Festival boasts the model of a "festival within a festival," with the opening led by the largest Hot Air Balloon demonstration on December 8.

Additionally, festival-goers will have the opportunity to sightsee and experience flying in a hot air balloon between 6am-9am and 4pm-8pm every day if weather conditions permit.

Besides the main stages for performance, there will be many outdoor areas for families and children, such as a camp-ground, food court, Art Zone, and an exhibition of the cultural and leisure Industry.

Participants can enjoy the festival activities directly and indirectly through role-playing in “HOZO Metaverse,” a virtual space considered the third venue of the event.

The festival’s theme is "More Music, Less Plastic.” Artists and organisers call for the spirit of sustainable development, environmental protection, and reduction of plastic waste from all participants.

“The festival will not only help to recharge the energy of the city’s residents but also become an attraction for domestic and foreign tourists. Tourists will have more motivation to stay longer in HCM City. The tourism industry expects the event to be an important highlight in the yearly cultural calendar and make a positive contribution to the sustainable development of tourism,” said Nguyen Cam Tu, director of HCM City Tourism Promotion Centre.

HOZO 2022 will live up to its name by hosting live performances of 10-time Grammy winner Babyface, Vietnam All Stars Band, leading musicians and music producers in Vietnam, such as Anh Quan, Hoai Sa, Duc Tri, and about 250 domestic and international artists. International acts from the United States, Korea, England, France, Spain, and India will also play. For the first time, Michau and Damsan, two virtual idols developed by Pencil Group, will also make their debuts live on stage.

“Through the event, we hope to strengthen the city's cultural image. We wish to spread positive messages to connect cultures and people worldwide,” said Nguyen Thi Thanh Thuy, deputy director of Ho Chi Minh City Department of Culture and Sports.

The festival's general director, musician Huy Tuan said, “Although we have made all possible preparations and will bring the biggest celebrities to the event, we believe that the audience will be the real stars of the show. Come and enjoy the festival atmosphere in your own way; you will have a lot of fun.”

Huy Nguyen, Group CEO of Pencil Group, who created the two virtual idols Michau and Damsan, elaborated on the concept.

"Michau is a princess from a surreal parallel world. In a battle with the enemies, she lost her father and husband. Devastated, she accidentally entered a space-travel door and arrived in our world," he said. "Her debut single 'I’m losing you' is about the longing for her loved ones. Meanwhile, Damsan is the chef of a tribe from another surreal parallel world. Courageous and passionahe is on a quest for the Sun Goddess across various meta-verses when, similarly to Michau, he accidentally arrives on Earth too. His debut is about the burning desire to find the Sun Goddess.

“The idea is to create virtual celebrities that come from a surreal world and entirely from the imagination of content creators. With outstanding talents, virtual idols can connect to the audience and will develop according to the suggestions of the fans,” Nguyen said. 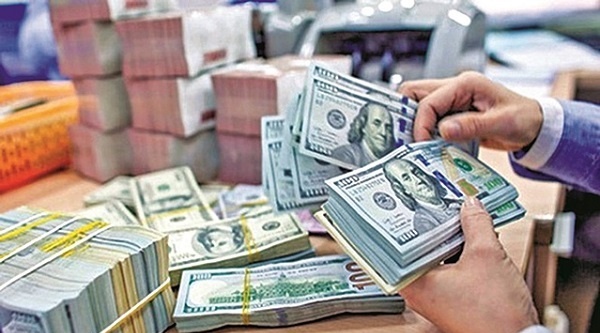