September 29, 2021 | 13:41
Tweet Email Print
Air carriers in Vietnam are expected to get the thumbs-up to ease financial difficulties, as a plan on recovery of domestic air routes is set to be approved.

The Ministry of Transport is gathering ideas from relevant agencies, localities, and businesses before taking the next steps with a newly-submitted draft plan to widely open the domestic air market.

The Civil Aviation Authority of Vietnam a few days ago reported to the MoT the draft plan on recovery of domestic air routes to adapt to a situation when COVID-19 is under control, aiming to help airlines maintain operation of domestic air transportation and spur economic recovery.

According to the draft, air carriers may have a sense of initiative in their operation plans in terms of building flight schedules, ticket sales, and flight operation. When cities and provinces change rules on social distancing, ticket sales and flight operations will be changed accordingly, thus gradually meeting traveling demands by air for passengers meeting the pandemic prevention requirements.

Experts said that the draft plan could be a helping hand for the national flag carrier Vietnam Airlines, Vietjet, and Bamboo Airways, which are all struggling with the global health crisis.

Nguyen Tien Lap, a senior lawyer at NHQuang&Associates told VIR, “This move comes at the right time and is important for air carriers to recover their domestic flights, thus partly contributing to easing their financial difficulties.”

Lap admitted that “it is not reasonable to fix ticket prices at the moment” and that this should be regulated based on the market demand.

Vietnam Airlines is seeking to open flights to new routes with a target of increasing its domestic passenger market segment to over 50 per cent in 2021. It is proceeding with a pilot for the IATA Travel Pass on international flights, pinning hopes on reopening for the global aviation market.

Vietnam Airlines has been issuing a number of solutions to its financial problems. They include an issuance of shares to increase capital by $347.8 million, a cost cut of $296 million in activities, and a plan to establish a specific cargo airline, among others.

The business experienced six consecutive quarters of losses. It now has negative equity of $43.47 million, accumulated losses of over $769.56 million. It is estimating to lose $631.74 million in 2021.

Dang Ngoc Hoa, chairman of Vietnam Airlines’ Board of Directors said, “The scenario in the sector in 2021 is worse than expected. Harsher outbreaks occurred during the peak seasons of the traditional Lunar New Year and the summer holidays. On these occasions in the past, we operated about 500-550 flights a day, but the number is now just 40, mainly carrying goods to quarantine areas.”

As shown in Vietjet’s six-month audited financial statement, total sales and service revenues in the first six months of 2021 fell 31 per cent on-year. As of June 30, Vietjet incurred debts of over $295.65 million from banks. It also had to pay over $246.95 million for Petrolimex Aviation Fuel JSC and other suppliers. To ease the aviation difficulties, Vietjet ventured further into financial services, with financial service revenues tripling compared to the same period last year.

Nguyen Quoc Hung, general secretary of the Vietnam Banking Association, said so far only Vietnam Airlines has received soft loans, while others are still struggling to access credit.

Together with impacts from consecutive outbreaks of COVID-19, newcomers have found the situation near-impossible. In August, Globaltrans Air Services Corporation left the market, less than a year after Blue Sky Airways JSC did the same in October 2020. 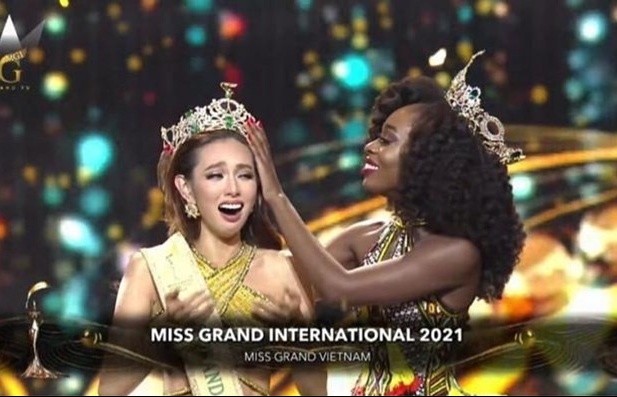