Support pours in for flood victims

November 06, 2020 | 08:58
Tweet Email Print
October has been a difficult month for Central Vietnam, with heavy rains lasting several weeks and consecutive storms sweeping across the region. However, these times of hardship have showed to Vietnam that it is not alone, as international partners and friends have been going out of their way to share the pain and offer support wherever needed.

Over the past week, photographs and videos of relief trucks pouring into Central Vietnam, causing congestion on National Highway 1A passing the natural disaster-struck provinces of Thua Thien-Hue, Quang Binh, Quang Tri, Quang Ngai, and Phu Yen have taken over social media.

Just like these images, the flame of solidarity and compassion has spread across the nation, bringing tears to the eyes of Vietnamese people abroad and inspiring international friends to show support for Vietnam’s plight.

Various donation activities to support the people of Central Vietnam in overcoming the aftermath of floods and landslides have been organised across the globe. International organisations and many countries were quick to send cash and materials for disaster relief and help ungrounded Vietnamese find their footing again.

As soon as the first storms passed, the US government issued a statement to express its sympathy to all those affected by the tragedy.

According to a statement by US Embassy to Vietnam, the US government is ready to assist Vietnam in overcoming the flood damage and we extend our deepest sympathy to all those affected by this tragedy, including thousands of displaced person.

On October 17, the US Ambassador to Vietnam Daniel Kritenbrink also announced an initial disaster response aid worth $100,000 to meet urgent humanitarian needs in communities affected by typhoon Linfa.

Kritenbrink added that he wanted to express his concern for people with disabilities in affected provinces because they are among the most vulnerable groups when disasters occur. They are typically at home, have less access to information, and cannot fully benefit from preparedness and evacuation procedures.

It is estimated that the Vietnamese central provinces affected by typhoon Linfa have more than 200,000 disabled people, 61,000 of whom are directly affected by this disaster.

Besides the United States, many countries such as Japan, South Korea, China, and Australia, among others have expressed sympathy to Vietnam.

During his recent visit to Vietnam, new Japanese Prime Minister Suga Yoshihide said that Japan had decided to provide emergency support materials to Vietnam in order to minimise the damage caused by the heavy rains in the central region.

On October 23, the Chinese Embassy said that the Red Cross Society of China would donate $100,000 to assist Vietnam in overcoming the floods. “We believe that the Vietnamese people will definitely overcome the natural disasters, quickly stabilise their lives, and restore production,” a statement read.

Australia has also decided to provide emergency aid of AU$100,000 ($70,100) to help Vietnam overcome the consequences of this year’s natural disasters.

To help Vietnam deal with the calamities in the region, international organisations including UNICEF, the UNDP, the EU, and the Asian Development Bank (ADB) announced that they are sending support packages worth nearly $3 million, according to the Central Steering Committee for Natural Disaster Prevention and Control.

The EU also announced on October 28 that it would support Vietnam with €1.3 million ($1.5 million) to provide emergency humanitarian assistance.

The EU package will provide essential supplies to the most vulnerable families in Quang Binh, Quang Tri, and Thua Thien-Hue, helping them to meet their basic needs and maintain their daily life.

“This grant is testament to our solidarity with the Vietnamese people, many of whom have lost their homes, livelihoods, and belongings in the devastation of the floods,” said Olivier Brouant, who is in charge of the EU’s humanitarian response programme in the Mekong Delta region.

The grant, provided through the EU’s Acute Large Emergency Response Tool programme, will assist the Food and Agriculture Organization of the UN (FAO), Save the Children, and World Vision in its implementation of relief measures.

This work is set to include distributing sanitary cleaning equipment and other necessary relief supplies, securing access to potable water, cleaning facilities, and enhancing sanitation.

Cash will also be provided to residents to help them buy food and other necessities. The most vulnerable groups, including single mothers and people with disabilities, will receive special attention.

Flowers said UNICEF raised $160,000 to provide emergency assistance for water, personal hygiene, sanitation, health, nutrition, and education. She also pledged to continue to support people, with specific attention paid to the health of women and children.

Wiesen of the UNDP noted the Green Climate Fund (GCF) programme to build more than 3,200 safe houses over the past two years, which has brought about positive results in ensuring people’s livelihoods that have been disturbed by floods and storms.

She added the UNDP will continue to coordinate with the GCF and the ADB to implement disaster relief programmes in Vietnam with capital of about $30 million.

Meanwhile, Jeffries from the ADB said that after a quick survey on the damage and need for relief of the people of Vietnam’s central provinces, the bank is considering starting an Emergency Assistance Package worth around $3 million. Jeffries added the ADB would try to approve the package as soon as possible. 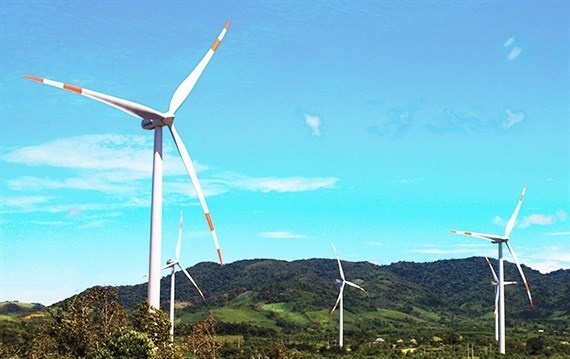