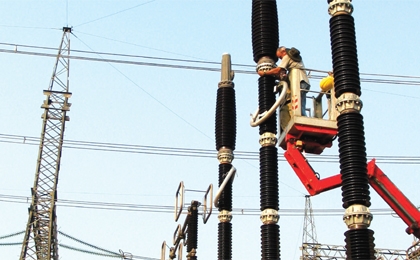 However, the news isn’t all bad as it has found two new partners to raise capital for the heavyweight project.

Jaks Resources said in an announcement sent to Bursa Malaysia, the nation’s stock exchange, that the proposed joint venture with Meiya Power and Island Circle “has not been completed due to the non-fulfilment of certain conditions of the joint venture agreements.”

The investor also terminated the engineering, procurement and construction (EPC) contract with the consortium of China National Technical Import & Export Corporation and Tianjin Electric Power Construction Company. There were no payments due to Meiya Power and the contractor following the termination of these agreements, according to Jaks Resources.

However, the company is moving on. It has announced its wholly-owned subsidiary Jaks Power Holding Limited (JPH), owner of Jaks Pacific Power Limit (JPP) which is investing in the project, had entered into subscription agreements for selling half of its stake in JPP to China-based Wuhan Kaidi Electric Power Engineering Company (Kaidi) and Malaysia-based Sanjung Merpati Sdn Bhd (SMSB).

Upon completion of the subscription by Kaidi and SMSB, the equity interests of JPH, Kaidi and SMSB in JPP will be 50, 40 and 10 per cent, respectively. In addition, Jaks Resources also selected Kaidi as the EPC contractor of the power project in Vietnam with value contract of $1.79 billion.

The subscription agreements shall be effective upon the execution of the EPC contract, the approvals of the board of directors and shareholders of JPH and approvals of Chinese governmental authorities for Kaidi’s investment in JPP.

Jaks Resources obtained an investment certificate for building $2.25 billion coal-fired power plant in August 2011 under a build-operate-transfer contract signed with Vietnam’s Ministry of Industry and Trade. As of  October 31, 2012, Jaks Resources said it had spent approximately $30.4 million on the project.

According to the investor, the construction of the power plant which comprises of two 600 megawatt generation units is scheduled to begin in 2014’s first quarter. The first and second units are scheduled to commence generation of power in the third quarter of 2017 and the first quarter of 2018 respectively. The estimated annual output of the two units is 7.5 billion kilowatt-hours.

“Such investment by Kaidi alongside JPH and SMSB creates a strong alignment of interest between the co-sponsors and the EPC contractor,” said Jaks Resources in the announcement.

Kaidi, which is constructing Mao Khe 440MW thermal power plant and Thang Long 600MW thermal power plant in Vietnam, is expected to bring to the proposed joint venture its strong track record in the power industry and established EPC expertise in Vietnam. Moreover, Jaks Resources said Kaidi “has established relationships with financing banks in China that may enable them to facilitate the financing for the project.”

Meanwhile, Jaks Resources’ capital commitment for the project is further reduced via SMSB’s participation in the proposed joint venture.

With the national power development plan in place, Jaks Resources believes that its Hai Duong-based project is likely to augur well for contributing positively towards its future earnings.