Trung Quan, who is a sentimental singer with a high-pitched sweet voice, has conquered millions of hearts of music lovers.

With the hit song Dau mua, Quan gained popularity among song lovers who called him Saint of Rain. Since then, his products have left impressed his audiences.

Quan will perform a series of his hit songs like Chua bao gio, Trot yeu, Goi mua, and others at the Du hanh vao con mua show.

Meanwhile, Gigi Huong Giang is a young talented singer. She was a student of Ho Ngoc Ha in The Voice of Vietnam 2018. The singer is highly appreciated by many because of her ability to sing foreign music smoothly and with good vocal technique.

Giang conquered her audience with a series of songs that show the emotional side of her voice. Not long ago, Giang also released her first album titled Du hanh vao tam tri.

At the unique and romantic music space in the pine forest of Soul of the Forest, Giang will perform the songs of her latest project such as Xinh, Mai chang ai yeu minh, Du hanh vao tam tri, Em thay gi, Nhanh Hoa Kho, Vu Vo, and The gioi cua em.

She will perform some covers of hit songs like Sau lung anh co ai kia, Can lam, and Thu cuoi. By constantly renewing both voice and style, Giang shows the transformation, maturity, and diversity in music.

The combination of Quan and Giang is expected to offer breathtaking performances.

With a unique concept in the pine forest along with a top-notch sound system by L-Acoustics, Soul of the Forest will be a perfect catalyst for artists and the audience to sublimate to music.

Interested people can call the hotline 0866980368 to book a seat under the green pine trees of Flamingo Dai Lai and listen to Trung Quan and GiGi Huong Giang. 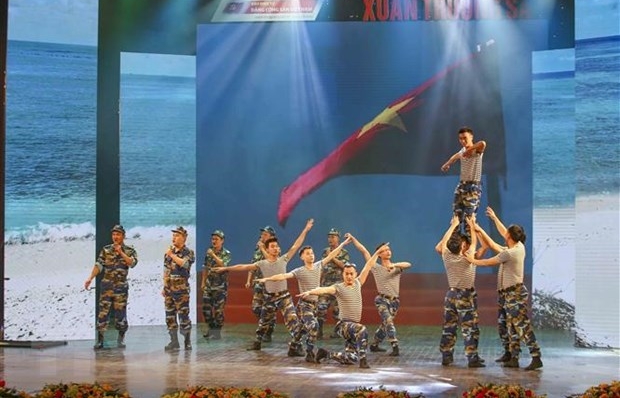 Music show honours strong will of soldiers on Truong Sa