April 10, 2021 | 08:00 (0) user say
Tweet Email Print
The latest draft of the country’s power development plan puts focus on renewable energy development – however, the Mekong Delta should see more attention in the development of renewables to protect its assets in the long run.

The latest draft of the National Power Development Plan 8 (PDP8) calculates with an expected commercial power capacity estimated at 491 billion kWh by 2030, and 877 billion kWh by 2045. To develop power capacity, the total installed power generation is planned to hit 137.2GW, contributed by 27 per cent coal-fired power, 21 per cent thermal gas, 18 per cent hydropower, and 29 per cent renewable energies, as well as 4 per cent imported energy by 2030.

By 2045, the capacity of installed power is planned to be around 276.7GW, supplied by 18 per cent coal thermal power, 24 per cent thermal gas, 9 per cent hydropower, and 44 per cent of renewable energies, as well as 2 per cent of imported energy.

“The PDP8 highlights the evolvement of renewables, in addition to hydropower, with a significant increase from 13 per cent in 2020 to nearly 30 per cent in 2030 and 44 per cent in 2045, while most other sources will be reduced,” said Le Anh Tuan, deputy director of Can Tho University’s Research Institute for Climate Change.

In the view of Tuan, the draft PDP8 is different in many ways to its predecessor, removing 5,000MW of coal thermal power and significantly raising the contribution ratio of renewable energies. However, Tuan also raised some issues like capital sources, the suitability of green finance solutions, and banking that are all also mentioned in the Politburo’s Resolution No.55-NQ/TW dated October 2, 2020 on the orientation of Vietnam’s National Energy Development Strategy until 2030 and outlook to 2045. It will be tough for coal power projects to mobilise capital in the future, because numerous global financial institutions are divesting from this sector.

Tuan also assessed that the draft PDP8 is more focused on environmental troubles and sustainable development. However, the plan still relies heavily on an old thinking focusing on coal-fired power, with new projects mainly expected to use imported coal.

Under the plan, three coal thermal power plants will be developed in the Mekong River Delta. A project in Hau Giang province and two in Soc Trang province are expected to generate around 5,000MW, which will significantly impact the environment of the region – one that is crucial for rice cultivation and aquaculture.

“Why don’t we focus on other energies that can replace coal? Vietnam is a promising land for wind and solar energy. We can even export power instead of importing from Laos and China as mentioned in the PDP8’s draft,” Tuan argued.

He explained that developing coal-fired power plants in this region stands in contrast to Resolution No.120/NQ-CP issued in 2017 on sustainable and climate-resilient development of the delta. “In this region, in addition to solar and wind power, biomass at small scale is quite suitable to develop, which would help the use of eco-friendly technologies and the reliance on coal thermal power,” Tuan suggested.

Tran Huu Hiep, former director of the Economics Department of the National Steering Committee for the Southwest Region, noted the role of the competitive power market and asked to remove the monopoly in this sector. “Developing coal thermal power is risky. Raising dependence on imported fuel like coal and gas will also bring risks for national energy security,” said Hiep. “Meanwhile, we have yet to make use of renewable energy potentials, and capital for this energy will be from many sources, including local and foreign investors.”

Hiep added that while the PDP8 should consider developing coal thermal power projects, especially in the next 10 years, there should also be a stronger focus on renewables like solar, wind, and biomass in the Mekong Delta.

Nguyen Ngoc Huy, senior climate change advisor at Oxfam in Vietnam, said that developing renewable energy in this region would pay attention to its characteristics. “Around 75 per cent of the region’s total power output serves aquaculture, while the remainder is spent for factories and consumption. Therefore, developing renewables in the delta will offer doubled benefits for both the energy sector and the region’s aquaculture and husbandry,” Huy said. 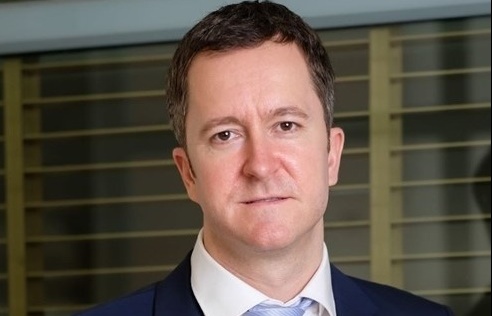