January 21, 2019 | 09:09 (0) user say
Tweet Email Print
The Ngu Hanh Son (Marble Mountains) landscape in the central coastal city of Da Nang received the national special relic certificate at a ceremony held by the Ministry of Culture, Sports and Tourism and competent authorities in the city on January 20.

At the event, Chairman of the municipal People’s Committee Huynh Duc Tho said that the city has worked to outline a master plan on preserving and promoting sustainable values of the relic site in tandem with local socio-economic development.

In addition, the city will devise a plan on managing and protecting the tangible and intangible cultural heritages which have close connection with the Marble Mountains while paying due attention to human resources training and developing new tourism products to lure more visitors to the site.

As part of the efforts to create increasing added value of the tourism sector, Da Nang should closely join hands with its neighbouring cities and provinces, she stressed.

The mountains have been one of the most visited sites in Da Nang and the city’s second National Special Relic after the Dien Hai Citadel was recognised last year.

The site – which features five mountains by a pristine beach in Ngu Hanh Son district – was first recognised as a national historical and cultural relic in 1990.

The landscape, which covers 2.2sq.km, was given the name Ngu Hanh Son, or Non Nuoc, by King Minh Mang under the Nguyen Dynasty in 1837.

According to archaeologists, the complex of marble mountains was formerly islands. The beach they sit on ranges from Son Tra peninsula to Non Nuoc beach.

Over time, pagodas were built in the caves and a stone sculpture village emerged.

Thuy Son Mountain stands 160 metres tall on an area of 15 hectares. Its caves and stalactite formations are the most visited feature of the complex.

Kim Son Mountain, the largest of the Marble Mountains, hosts the annual Quan The Am (Avalokitesvara Bodhisattva) Festival – one of the 15 largest events in Vietnam – at the Da and Quan The Am pagodas on the 19th day of lunar February. The festival draws around 10,000 residents and tourists each year.

The 400-year-old Non Nuoc stone sculpture village at the foot of the Marble Mountains was also recognised as a national intangible heritage.

According to the cultural heritage department under the Ministry of Culture, Sports and Tourism, a total of 106 relics nationwide have received National Special Relic status.

Da Nang has included 50 historical sites and 18 national historical monuments in its restoration project for 2016-2020. 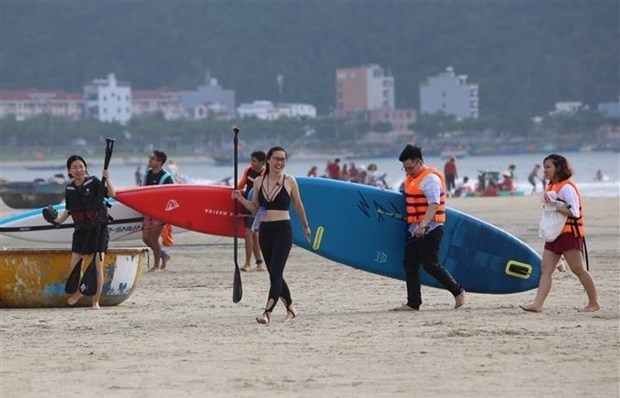 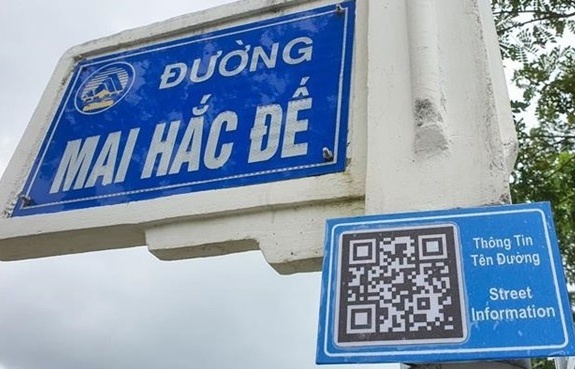