This is the second year in a row that Casper Vietnam has been honoured at the Tech Awards, an annual award for products and brands in Vietnam organised by VnExpress.

With outstanding power-saving capabilities and value-added utilities for users, Casper air conditioners have become increasingly popular among Vietnamese families. According to GfK Market Data, the company has been one of the three best-selling air conditioner brands in Vietnam for four consecutive years. The recognition by Tech Awards reinforces its strong position in both Vietnam’s electronics and refrigeration industry and the minds of consumers.

Casper air conditioners are equipped with outstanding technologies such as true inverter power-saving technology, an iFeel body temperature sensor, turbo-fast cooling capability within 30 seconds, and a gold-plated copper radiator. They come with a warranty policy to ensure peace of mind for the buyer.

Casper inverter air conditioners are developed with smart energy-saving technology called i-Saving. When the ambient temperature reaches the set value, the compressor will automatically reduce its operating frequency to the lowest level, cutting power consumption to a minimum.

The Laboratory for Testing Energy Efficiency under the Institute of Energy and Mining Mechanical Engineering announced the test results of the Casper air conditioners on March 24. During an operation time of 8 hours, the power consumption was measured at 1.8 kilowatt hours.

Based on Electricity of Vietnam's prices, the cost of electricity was calculated according to level 2, equivalent to VND3,370 ($0.14) including 8 per cent VAT. The findings indicate the outstanding energy-saving capability of Casper air conditioners.

The representative of Casper Vietnam said that the company is honoured to receive the award.

"This is recognition from consumers of the company’s orientation to meet the energy-saving needs of people in Vietnam and around the world. We will continue to be consistent with this orientation and constantly strive to bring more value to more Vietnamese families," said the representative.

During the Tech Awards 2022, Casper’s showroom also attracted the attention of representatives from ministries and departments, the press, and consumers. The showroom displayed a new premium sub-brand called LaCasper. In the middle of the VIP Brand area, two high-end LaCasper product lines were showcased to the public.

The first was a new generation of OLED TVs that boasts the most advanced technology with a thin design of less than 0.5 cm. It also has a hands-free voice control feature, which eliminates the need for users to adjust the TV or hold the remote control. Secondly, LaCasper's high-end air conditioner, which is equipped with the Fresh-Air supply feature, was introduced for the first time in Vietnam. 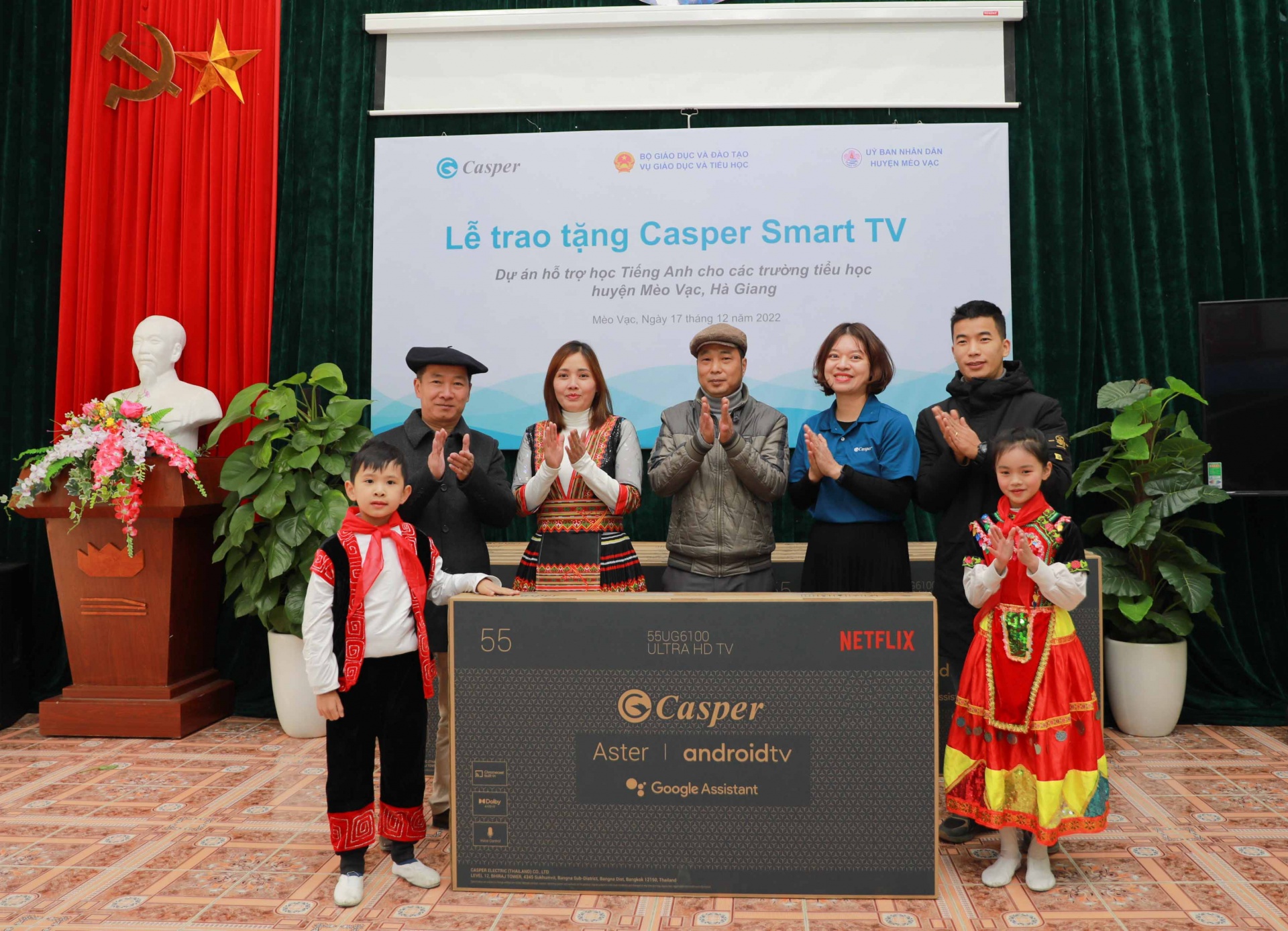