March 16, 2021 | 17:18 (0) user say
Tweet Email Print
A national wish-list on foreign direct investment attraction for 2021-2025 is in the making, with limitations in implementing similar lists in the past raising thorny questions on what must be done to charm foreign investors. Nguyen Duc reports.

Van Don International Airport in the north-eastern province of Quang Ninh was re-opened earlier this month after closure due to the ongoing impacts of COVID-19.

Since kicking-off operations in late 2018, Van Don airport has contributed to significantly facilitating people’s travel, as well as alleviating traffic for Noi Bai airport in Hanoi.

At the time of launch, Van Don was deemed “an icon” for Vietnam’s private investment success as it was the first time a Vietnamese airport was built by a private investor and with fairly speedy implementation of just over two years.

Van Don airport was one of 127 projects marking their names on the national wish-list of projects calling for foreign direct investment (FDI) leading up to 2020.

Before developer Sun Group was given the project for implementation under the build-operate-transfer (BOT) format, a slew of foreign investors had exhibited their interest, including the South Korean-backed consortium of Joinus Vietnam and Posco E&C. The project was finally assigned and completed by a local developer from the private sector.

A raft of sizable ventures in this national wish-list remain hanging in the balance, including the $5.62 billion first phase of Long Thanh International Airport, the $3.52 billion Dau Giay-Lien Khuong Expressway, the Ninh Binh-Thanh Hoa and Thanh Hoa-Nghi Son sections of the North-South highway project valued at $1.86 billion, the $5 billion Bien Hoa-Vung Tau rail route, and a $2.3 billion project on upgrading the Hanoi-Ho Chi Minh City railway system, to name but a few.

As the wish-list came to light, it marked the first time projects were categorised based on sectors and not localities as in the past. Only a limited number of sectors were chosen for investment attraction at a national level following the government’s orientation for the years to come.

The short-listed sectors included technical infrastructure, agriculture, and processing and preservation, as well as production and services. The methods of investment attraction were also diversified, in terms of FDI, public-private partnerships, and official development assistance. This was deemed important for pushing up Vietnam’s foreign investment attraction.

High hopes were placed on these large-scale projects to drive the country’s socioeconomic development. However, implementing the wish-list has not yet met expectations.

The Ministry of Planning and Investment (MPI) has been attempting to shed some light on the situation. One of the most radical reasons for the current status is that some projects in the list have turned out to be unfeasible for implementation due to changes in market situation, technology, or planning scale.

In some cases, it was due to government decisions on halting implementation like the case with the South Van Phong petrochemical refinery initiative.

In addition, the 2014 wish-list consisted of 19 major transport infrastructure projects which are capital-intensive, requiring lengthy capital recouping process, yet lacking attractive investment incentives to coax investors. Especially, a risk-sharing mechanism with investors on par with international standards is also non-existent.

Vietnam has presented such investment lists many times, striving to give investors information about business opportunities in the country. The success in alluring investors, however, remains modest in some areas.

As such when the national investment wish-list for 2021-2025 is being crafted, relevant state management agencies and localities are pondering how best to grab investors’ attention, and a fresh approach is being deemed essential.

Dong Anh Quan, director of Bac Giang Business Development and Investment Promotion Centre, displayed his excitement after learning that several projects suggested by the province, some 60km northeast of Hanoi, are under consideration to include in the national investment list for 2021-2025, like the project on building an inland depot attached to a logistics centre.

“This is beneficial to Bac Giang in wooing foreign investors as through having a name in the wish-list, domestic and foreign investors will know about the province’s policies and orientations in investment attraction, particularly what we actually need and want. These are also our top priority projects,” said Quan.

From a locality little known to overseas investors five years ago, in the past three years, Bac Giang has grabbed the spotlight as a raft of tech giants have dropped anchor in the province, with a sharp rise in export orders.

This explains why Bac Giang needs an inland waterway depot attached to a logistics centre, and why the project was recommended to surface as a priority for 2021-2025.

With similar mindset, Hoang Duc Thien, head of the External Economy Division under Quang Binh’s Department of Planning and Investment, assumes having their projects on the list would benefit the province.

This explains why the MPI is still diligently working on a new list for submission to the government, despite opinions that crafting such a wish-list is “unnecessary” due to low effectiveness.

According to the MPI, the national investment wish-list is one of the most important documents to increase exposure about Vietnam’s investment environment, set orientations for investors in seeking business opportunities in Vietnam, and increase transparency.

To fix the shortcomings stemming from the previous list, the MPI has set clear principles that such projects must be aligned with Vietnam’s socioeconomic development orientation in the new era.

Along with this, foreign investment flow is expected to entail benefits to investors, the Vietnamese state, and the host country’s economy in economic, social, and environment aspects.

The new wish-list is also devised following an "open" format, signifying that it is subject to be updated and revised on an annual basis to match the social and economic development situation in each development stage.

This represents a stark difference compared to former stricter formats which had led to the situation of many projects not being able to allure investors due to changes in their planning scale, and relevant policies and mechanisms.

The criteria on choosing investors for the wish-list are clearly set under chosen projects and fields that must closely follow government guidance in Resolution No.50-NQ/TW of the Politburo on promoting foreign investment efficiency.

Accordingly, the focus is only on major national focal projects, those by strategic investors and multinationals, and those on the establishment of research and development and innovation centres.

On the radar are also ventures promoting inter-regional links and those with organic connections with other domestic areas, helping to bring forth comparative advantages of the country and the regions, matching the orientation for economic restructuring and gearing towards sustainable development.

“Especially, only projects which have completed site clearance work or present no difficulties in site clearance will be selected to ensure the implementation efficiency,” an MPI leader stressed.

Based on 332 proposed projects by ministries, sectors, and localities, and the set criteria, the MPI has compiled a wish-list consisting of 159 projects with total committed capital value reaching $86 billion for submission to the government. 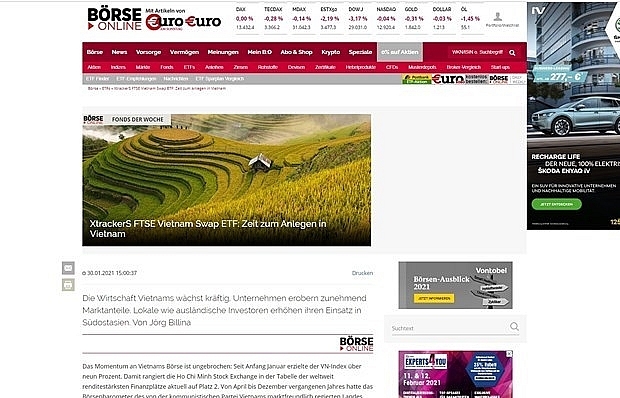 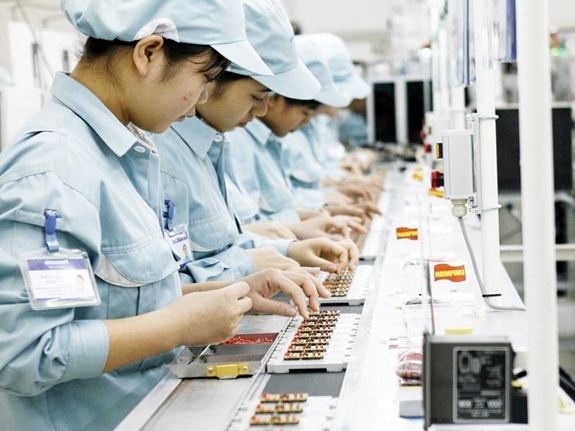 Foreign investment expansion up 41.4 per cent in January 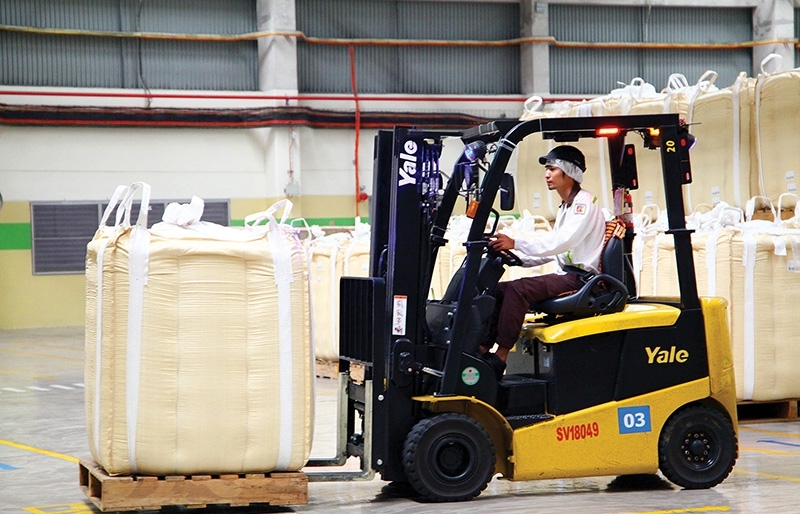 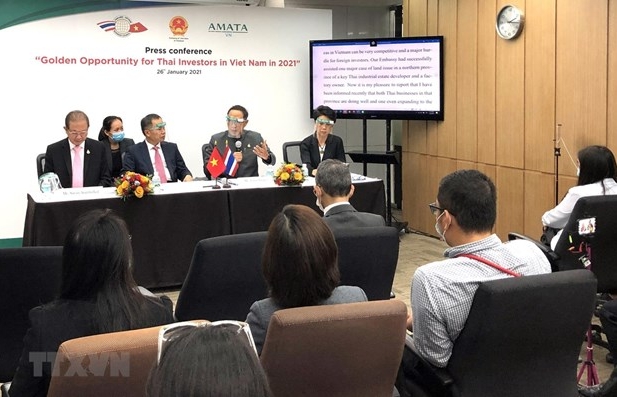 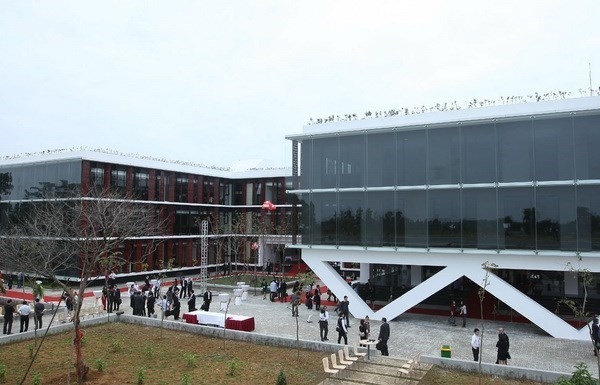