Wishing to double the scale operations in Vietnam, Kim Thu Huong, managing director of Van Laack Vietnam, a garment German company working in Vietnam since 1993, participated in the seminar titled “Vinh Phuc, a potential investment destination for European and US businesses” along with more than 400 other representatives. She was impressed by the openness of the province’s leaders in facilitating foreign enterprises.

“We are considering Vinh Phuc as the new destination of Van Laack, besides Hanoi. Vinh Phuc has a convenient system of harbours and ports. In addition, the locality’s policies are much opener than other provinces in Vietnam,” Huong told VIR.

According to Huong, Van Laak has decided to move its factory from Hong Kong to Vietnam and is planning to move the one in Indonesia to this country as well to save on expense and to benefit from more stability in the country.

Also, having been in Vietnam for 22 years with nine factories in Vietnam, Messer Haiphong Industrial Gases Co., Ltd. is searching for opportunities to invest in Vinh Phuc.

“Vinh Phuc is an interesting and good destination for investment,” Anthony Grandpierre, general director of the company, stated.

Speaking at the seminar, Ywert Visser, vice chairman of the European Chamber of Commerce (Eurocham), said that there have been many great examples of European investment in Vinh Phuc. One of these outstanding success stories is Piaggio with two plants in the province. “The other is De Heus, a European high-quality animal feed producer. De Heus Vietnam has been in the top five largest animal feed manufacturers in Vietnam, contributing to the agricultural development of not only Vinh Phuc but also the whole country,” he affirmed.

According to Marko Walde, chief representative of German Industry and Commerce in Vietnam (GIZ/AHK), Vinh Phuc is rich in potential and, “In the very near future, there will be more international investment here.”

However, he also said that there are two points where Vinh Phuc needs to improve, including its vocational training system and the capability of Vietnamese enterprises. “The vocational training system is essential to answer the demand of enterprises. Meanwhile, Vietnamese enterprises need to strengthen their capabilities so that they can be potential suppliers for international partners,” he told VIR.

Nguyen Van Tri, Chairman of Vinh Phuc People’s Committee, said at the seminar that Vinh Phuc has been paying attention to training workers, as well as attracting high-quality labour from the region. “Along with basically finishing the urban infrastructure, Vinh Phuc is trying to become the centre for industrial and service development of the whole country. Vinh Phuc aims to become a trusted destination for good enterprises and talented people to work,” he affirmed.

According to Tri, many large corporations in the world such as Toyota, Honda, Daewoo, and Samsung have invested in Vinh Phuc, focusing mainly on the fields of processing technology, manufacturing, and electronic assembling. “Foreign investors in Vinh Phuc are mainly from Northeast Asian countries, such as Japan and South Korea, while European and US investors account for a relatively modest proportion,” he said.

“Vinh Phuc currently has 10 out of 376 FDI projects, accounting for only 3 per cent of the total FDI projects from European countries and the US with a registered capital of over $170 million, but this result is not commensurate with the potential of the province and investors,” he added.

Tri wishes to receive more investment from Europe and the US with high tech and high-quality projects which are environmentally friendly, bringing great socio-economic efficiency. “To Vinh Phuc, enterprises are important drivers of the province’s development. Creating the most favourable investment and trading environment for them is the duty of the whole provincial administrative system and people,” he emphasised. “Vinh Phuc is determined to improve the investment climate in all three areas of legal environment, infrastructure, and services.”

Addressing the event, Deputy Minister of Planning and Investment Vu Dai Thang said that Vietnam has participated in new-generation free trade agreements such as the Comprehensive and Progressive Agreement on Trans-Pacific Partnership (CPTPP) and the EU-Vietnam Free Trade Agreement (EVFTA). Recently, many high-level delegations of the government, ministries, and localities have been actively implementing investment promotion activities in Europe and the US to raise awareness among European and American investors about Vietnam as an investment destination.

Regarding Vinh Phuc, he said, “With diverse and plentiful enterprises from both Vietnam and abroad, Vinh Phuc has formed an industrial ecosystem which is very convenient and suitable for businesses and investors from Europe and America, especially those having high technology and those looking to tie up with existing businesses as supply partners.”

According to him, in addition to the advantages of the transport system, Vinh Phuc has advantages from its location in the Northern Key Economic Region of the Kunming-Lao Cai-Hanoi-Quang Ninh economic corridor and the Northern Industrial Development Belt. “With these potentials, advantages, and the authorities' support in resolving difficulties and removing obstacles for businesses, Vinh Phuc will become a favourite destination for European and American investors.” 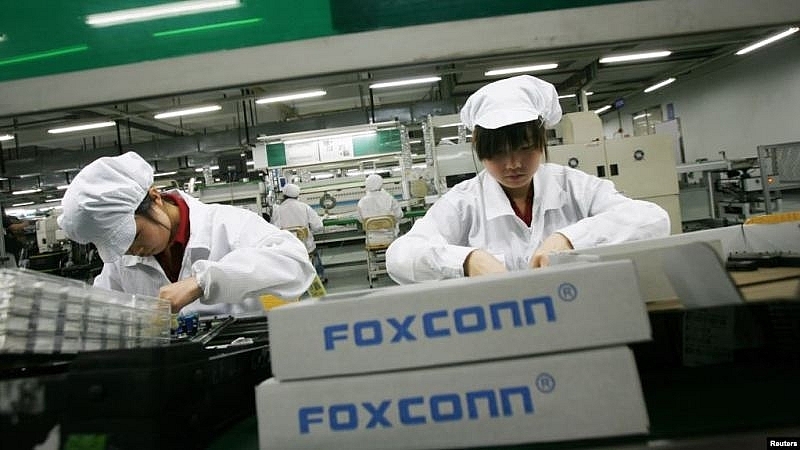 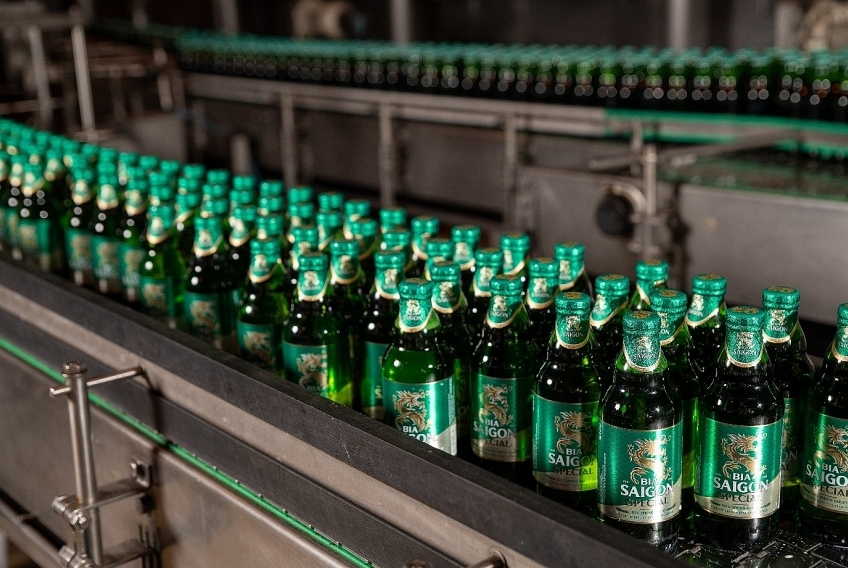 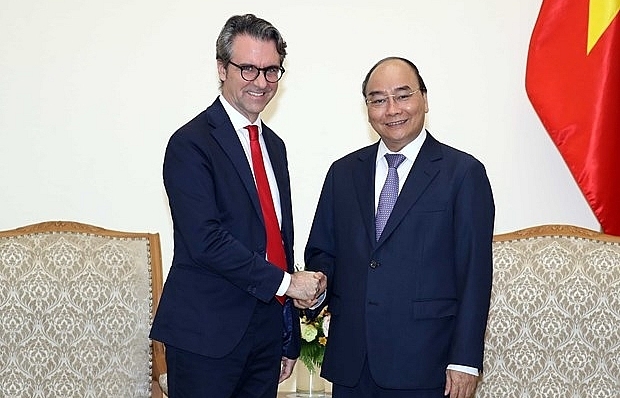 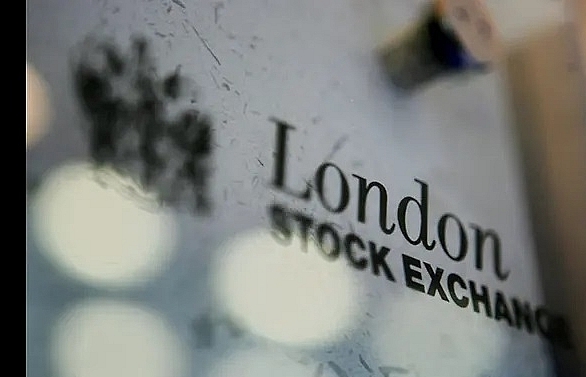 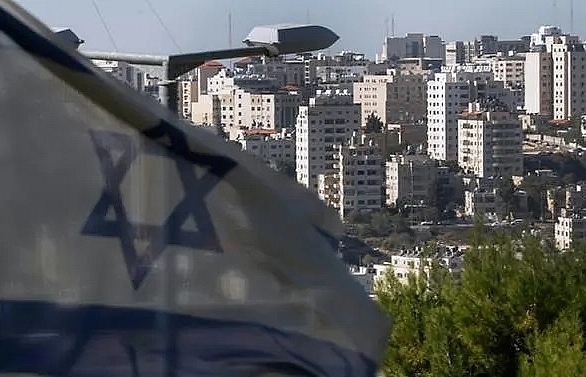 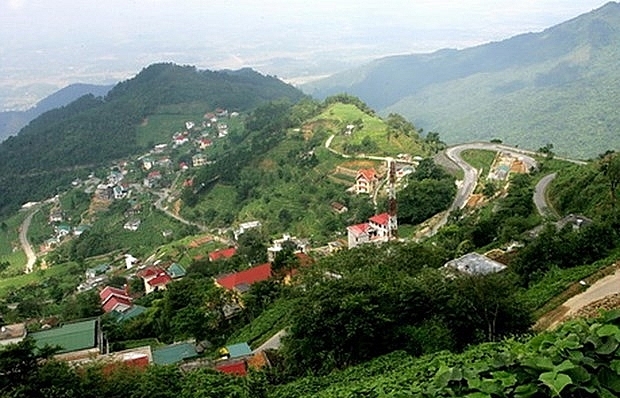