PPP investment workshop to be held in April

March 19, 2018 | 22:38
Tweet Email Print
The Ministry of Transport (MoT) and the World Bank will likely jointly organise a workshop on the public-private partnership (PPP) investment model in April.

At a meeting with Minister of Transport Nguyen Van The late last week to seek support, Ousmane Dione, the World Bank’s country director for Vietnam, said that the event aims to share the experience of countries in the field.

The minister supported the idea, saying that MoT will cooperate with WB to successfully hold the event.

"Vietnam will open an international bidding for eight sections of the eastern spur of the North-South Expressway project in 2019. Thus, the April workshop is essential for Vietnam," The said.

The eastern spur of the North-South Expressway project, which is estimated to cost VND230 trillion ($10.5 billion)—with 1,370 kilometres to be built by 2020—is considered an economically- and politically-important project. It will run through 20 cities and provinces, affecting 45 per cent of the country’s population, 65 per cent of its ports, and 67 per cent of its economic zones.

The project has been attracting the attention of many foreign investors, including South Korea-based Posco E&C, Lotte E&C, and many other international groups from Japan and the US.

However, a lack of guaranteed policies remains a key barrier to investor participation in PPP transport projects in Vietnam.

According to Ousmane Dione, WB is willing to provide technical support for MoT in developing expressway projects under the PPP format. 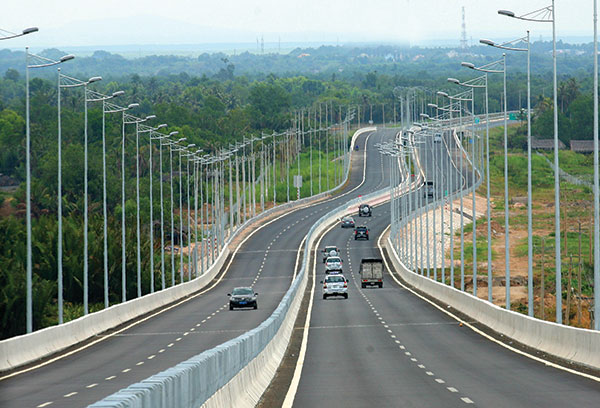