August 29, 2018 | 09:48
Tweet Email Print
The Ho Chi Minh City People’s Committee has released a plan to boost its Provincial Competitiveness Index (PCI) as well as improve the city’s business and investment climate in 2018 and the following years.

Targets for some specific indicators include: “starting a business” index will increase by at least 40 steps and the “enforcing contract” index and “resolving insolvency” index will rise by 10 steps each.

These indicators had the lowest scores in the Doing Business 2018 Report.

The southern economic hub only ranked eighth in the PCI 2017 Report, higher than Hanoi (13th position) but trailing behind the top three cities including Quang Ninh, Da Nang and Dong Thap.

The city is committed to abolishing and simplifying 50 per cent of its business and investment conditions. It is also proposing to remove a number of conditional business lines, as well as cut at least 50 per cent of goods subject to specialised inspection.

Particularly, the city will strongly change the State management method, shifting from mostly pre-checking to mostly post-checking, eliminating cases in which one product is subject to specialised control by more than one State agency and reducing the proportion of imported goods subject to specialised inspections at the customs clearance to less than 10 per cent from current 25-27 per cent.

Regarding administrative procedures, the Ho Chi Minh City authorities will strive to put into use 30-40 per cent of online public services related to citizens and enterprises at the level 3 and 4 by the end of 2018. At these levels, users can fill in and send application forms to authorities over the internet. The forms are processed online. At Level 4, fees can be paid over the internet.

The city has also issued a plan to measure the satisfaction of citizens and organisations with respect to the public services in the fields of health and education in the period of 2018-20.

The set of criteria consists of 26 indicators in five areas, including access to public administrative services, administrative procedures, work handling by civil servants, delivery of results of public services and receiving and resolving comments by citizens. 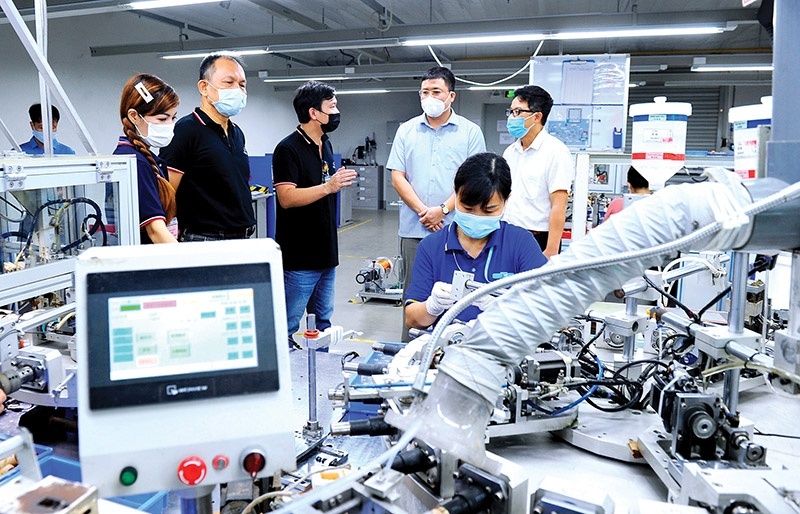