April 02, 2018 | 12:44 (0) user say
Tweet Email Print
After finding inadequacies in many buildings’ fire protection system, Hanoi’s residents demonstrate to put pressure on investors of the apartment buildings where they live.

The residents of high-end apartment building Hei Tower in Hanoi’s Thanh Xuan district have hung banners with contents related to fire prevention and have been demonstrating against the building’s investor for two days.

According to residents living at Hei Tower, the investor handed over the building’s mansard roof, which remains a public property free to be enjoyed by residents, to partners to open a restaurant.

Previously, on March 25, many households of Capital Garden at 102 Truong Chinh street gathered in front of the building, then hung out banners demanding the investor to check the building’s fire prevention and fighting system. The apartment building was handed over to residents at the end of 2017, but its fire systems have not been checked since.

In addition, since the building was transferred to residents, there has been a fire on the 15th floor without the fire alarm going off. Residents repeatedly complained to the investor but the issue has not been resolved.

The latest fire occurred on March 20 and lasted for about five minutes. However, residents said they did not hear the fire alarm.

“Trang An Complex’s residents are worried and afraid about the building’s fire prevention system,” said the representative.

Trang An Global Investment Ltd., Co., the investor of Trang An Complex, said the fire on March 20 occurred in one of the the building’s apartments and was put out by an activated fire equipment, and the building's management board neutralised the fire alarm system, aiming to avoid disturbing residents.

On March 25, the investor held a meeting where the building’s management board answered queries of the residents about the building's fire prevention system. 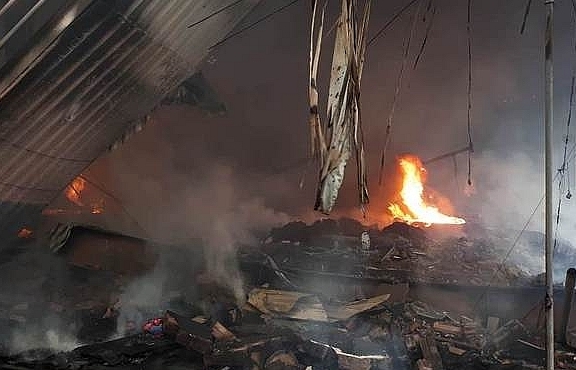 Dozens of groceries in Hanoi market were burned down 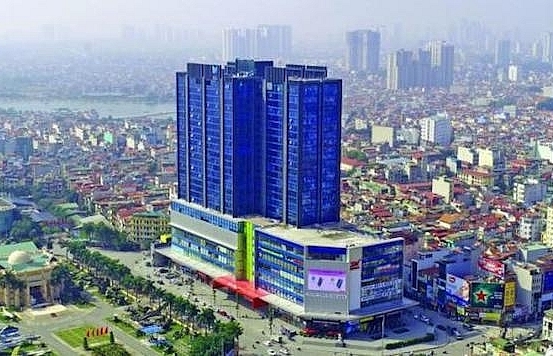