February 11, 2022 | 09:19
Tweet Email Print
The Ministry of Culture, Sports and Tourism proposed to relaunch visa exemptions for visitors from 24 countries and territories to promote the demand in the tourism sector.

The ministry also proposed that Vietnam welcomes international tourists at all international border gates from March 31, when the country is slated to fully reopen its tourism market.

According to Tran Trong Kien, chairman of Vietnam Tourism Advisory Board, reopening the tourism sector from early April would attract the attention of international media, leading to lure more foreign tourists.

“Besides this, additional cities and provinces should be allowed to welcome international tourists, simultaneously simplifying entry procedures for foreigners,” Kien said.

International tourism activities, including both inbound and outbound tours, should be fully resumed from March 31, the ministry’s proposal noted.

Foreign arrivals visited the Mekong Delta province of Kien Giang, and the central provinces of Khanh Hoa and Quang Nam, which have been selected for the programme, together with Danang and the northern province Quang Ninh.

Most of the tourists came from Russia, Uzbekistan, Kazakhstan, South Korea, Singapore, the UK, the US, and Canada. 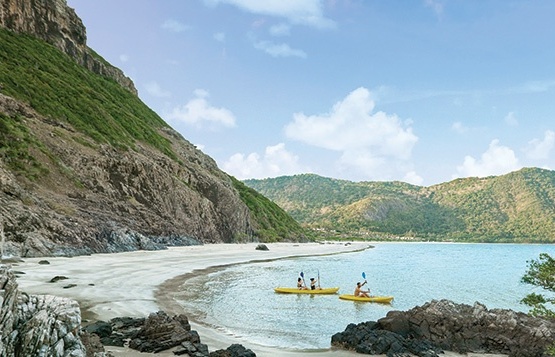