However, over the last 20 years, Vinh has not been able to stay in one place. His current garden is the sixth place he has rented to grow orchids.

He first rented land in 1993 when District 12 was part of Hoc Mon District. After 1997, when District 12 was established, the fast pace of urbanisation resulted in many landlords deciding to take back, divide their land and sell each small piece to different buyers to earn more money.

“I eventually had to move to Hoc Mon District," Vinh said, adding that he wants to buy more land nearby. But at this time, no one wants to sell agricultural land in the district, he said, and land prices are rapidly increasing because of so-called land fever.

Vinh believes that only Cu Chi District would have sufficient agricultural land to offer in years to come, but some city officials disagree with that assessment.

Nguyen Hong Net, a resident of Hoc Mon District, also wanted to obtain more land to grow herbs but could not find anything available.

Her land, covering more than 1ha, was previously rented by many people, with each contract ranging from three to five years.

Net would like to rent a piece of land with a long-term contract, at least for five to 10 years, so that she can settle in one place.

Lam Thanh Hung, who has invested in 300sq.m of land in Nha Be District’s Hiep Phuoc Ward to raise shrimp and grow hydroponic vegetables, said his land is part of the Hiep Phuoc Industrial Zone and Port project.

According to authorities, locals in Hiep Phuoc Ward can only make use of the land until 2020. At that time, Hung will not be eligible to receive any compensation for his investment.

In a related matter, Nha Be District People’s Committee said the district has 280ha of agricultural land in Long Thoi and Nhon Duc wards. However, locals are not interested in agricultural production but instead work in factories or rent their land on a short-term basis.

According to vice chairman of the city’s People’s Council Truong Thi Anh, HCM City still has a lot of agricultural land.

Recently, a delegation from the city’s People’s Council inspected Sai Gon Agricultural Corporation’s (SAGRI) management of land use on 6,200ha of land in Cu Chi and Binh Chanh districts.

SAGRI previously signed 672 land rental contracts in 672 cases. About 188 contracts were due to expire last year, and most of them had asked SAGRI to extend their contract.

However, SAGRI asked authorities to carry out inspections of all land rental contracts, as many people, including non-residents of the area, had not been using their land for appropriate purposes and had failed to fulfill their annual land rental obligations.

Tran Truong Son, vice chairman of the HCM City Farmers Association, said the city’s agricultural land fund should be more closely monitored. Land should be rented out to cooperatives and agricultural firms that want to pursue long-term agricultural production.

He said it was necessary to come up with a land leasing plan so that renters can get loans under HCM City’s support policies. 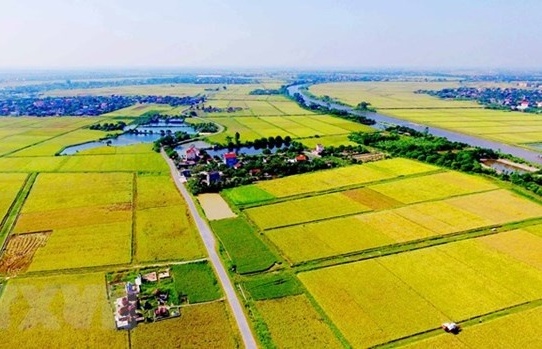