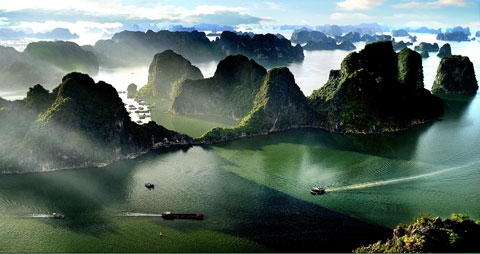 Cultural heritage has long represented symbols for culture and civilisation of each country. More than 2,890 submissions covering a span of topics ranging from tradition to prominent trends, from artificial architecture to undisturbed nature form a picture of Vietnamese nature and culture. 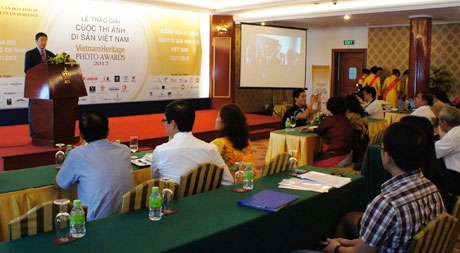 From the north to the south, from delta to plateau, diversified national landscapes were in focus with different angles to depict the very present beauty of Vietnam. Via artworks, photographers would like to call for public attention to stand by and protect national legacies for next generations.

Highlights of the submissions are “Khoanh Khac Ha Long” (Moment of Ha Long) by Nguyen Phung Chi and “Tay Nguyen Mau Xam” (Grey Tay Nguyen) by Nguyen Na Son, also champions of single photo and photo essay respectively. The winning entries were perfect reflections of this ethos – reflecting the beauty of two vastly different regions and also but carrying a contemporary message about the conservation of natural resources.

As gold sponsor, Canon printed the best entries from the contest for public exhibition and also provided the prizes. 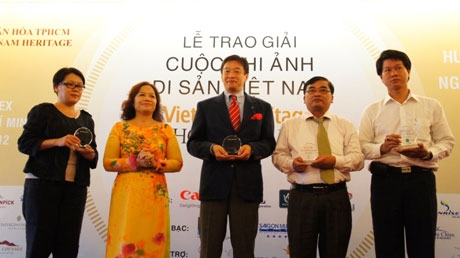 “Artworks do not only honor rich beauty of heritages but contribute to promote awareness to jointly preserve Vietnamese cultural heritages. The award is also one of our public activities to celebrate National Cultural Heritage Day,” said Le Tu Cam, president of Ho Chi Minh City Heritage Association, at the unveiling of the Vietnam Heritage Photo Awards Exhibition.

“Before coming to Vietnam, I only knew the country through TV programmes, or magazine articles,” added Nick Yoshida, CEO of Canon Marketing Vietnam. “Once started working here, I was amazed and struck by heritage and, especially, by the evident warmth of the people.  I was also surprised, that Vietnam is beautiful and rich in landscape, culture, and people. I was also deeply moved by the pictures calling for the preservation of cultural and natural legacies, which is not only a top concern of our company Canon but also of the entire organization and each individual worldwide as well. 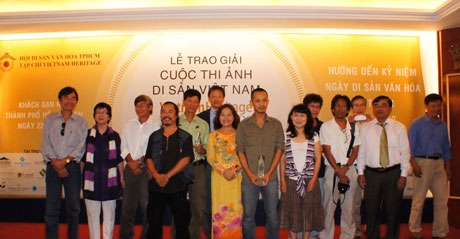 “Photography has a power. Not only to preserve history, and memory in every picture, it also aids the preservation of cultural legacies all across the world. Canon has a responsibility for our society to nurture a love for photography in Vietnam.”

In addition to the Canon prizes, winners were also given free stays at some of Vietnam’s top resorts and hotels.

Over 100 of the submissions are now being exhibited at Ho Chi Minh City Museum. The photographs will be on display from November 22-30, 2012.

Canon’s efforts to help organise the Vietnam Heritage Photo Awards is in line with its kyosei corporate philosophy, which means living and working together for the common good. Projects that reflect this attitude include the 2009 education support programme, “Canon – For the Next Generation” and environmental protection programnes “Canon – For Green Vietnam” and “Canon – One Photo – One Action”, that both took place in 2010. The company also gives flood aid to affected regions in central Vietnam.