Why Vietnam ranks eighth among top 20 countries to invest in

October 05, 2019 | 13:02
Tweet Email Print
Vietnam's transformation efforts fetched it the eighth position among the top 20 best countries to invest in by US News & World Report. This is a remarkable improvement against the 23rd position last year, surpassing neighbours like Malaysia, Indonesia, and Singapore.

Transparency International, the global civil society organisation leading the fight against corruption, ranked Vietnam the 117th amongst 180 countries and territories in its latest 2018 Corruption Perceptions Index (CPI), dropping 10 places compared to 2017. It scored 33 points out of 100 in the 2018 CPI, down two points compared to 2017.

The CPI index ranks 180 countries and territories and countries by their perceived levels of public sector corruption, according to experts and businesspeople. The index scores include a scale of zero to 100, where zero is highly corrupt and 100 is very clean.

Among ASEAN nations, Singapore led the rankings at third, followed by Brunei and Malaysia at the 31st and 61st positions. Indonesia ranked 89th, while the Philippines and Thailand tied at the 99th position.

Myanmar and Laos were tied at 132nd, while Cambodia ranked the lowest at 161st.

Vietnam’s shift from central planning to market economy transformed it from one of the poorest in the world into a lower middle-income country. Vietnam is now one of the most dynamic emerging countries in the East Asia region, according to the World Bank in Vietnam.

Over the past 30 years, Vietnam has had a remarkable development record. Economic and political reforms under doi moi, launched in 1986, have spurred rapid economic growth and development and transformed Vietnam from one of the world’s poorest nations to a lower-middle-income country.

Growth will continue to be broad-based, underpinned by robust private consumption, the continued expansion of manufacturing, services, and agriculture, and greater market access for Vietnam’s exports through various free trade agreements, including the recently ratified Comprehensive and Progressive Agreement for Trans-Pacific Partnership (CPTPP), the report says.

A survey says 25.7 per cent of young Vietnamese want to work for themselves, with tech growth fuelling entrepreneurship.

It was behind Indonesia (35.5 per cent) and Thailand (31.9 per cent), said the survey, which polled 56,000 people aged 15-35 from Indonesia, Malaysia, the Philippines, Singapore, Thailand, and Vietnam in July.

Vietnam is seeing an increasing interest from young people in establishing their own businesses. Local startups received a combined $889 million through 92 investment deals last year, according to Topica Founder Institute, a startup accelerator programme in Vietnam and Thailand.

This was three times the amount the community received in 2017 with the same number of deals, and six times that in 2016, it said.

The country is creating favourable conditions for the investor to invest via a transparent tax environment.

Foreign investors considering the Vietnamese market are often drawn by its competitive costs. Vietnam’s low wages have traditionally provided cost savings, however, the country has also quietly developed one of the most competitive tax regimes in Southeast Asia. Vietnam’s tax incentives are a standout feature of the tax regime and are applied to a variety of industries and projects throughout the country.

The Vietnamese government continues to improve business conditions through reform and have included tax incentives in recent legislative updates – most notably Vietnam’s Law on Investment – to lower the cost of doing business within the country. Foreign investors, particularly those involved in slightly higher value-added production, should be able to use incentives to offset their temporary costs until regulatory reforms take hold, and to position themselves ahead of their competitors in the years ahead.

Vietnam has jumped three ranks on the 2019 Global Innovation Index (GII) to place 42nd out of 129 economies around the world.

The latest ranking was announced by the World Intellectual Property Organisation (WIPO) in New Delhi, India on Wednesday.

With this jump, Vietnam has leapt 17 spots since 2016. This year’s result is also the highest-ranking Vietnam has ever achieved.

Switzerland, Sweden, the US, the Netherlands, and the UK remain at the top.

GII 2019 ranks economies based on 80 indicators, from traditional measurements like research and development investments and international patent and trademark applications to newer indicators including mobile phone app creation and high-tech exports.

Vietnam’s labour productivity has improved but is still low in comparison to other ASEAN members, according to a report by the Ministry of Planning and Investment.

With all of these attractive facts, Vietnam attracted $26.16 billion in foreign direct investment in the first nine months of this year, up 3.1 per cent compared to the same period last year. 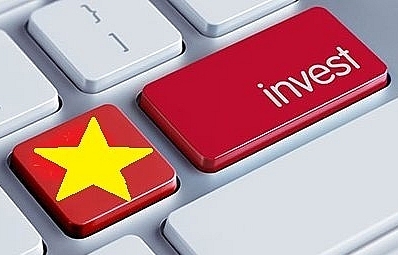