November 21, 2022 | 21:30 (0) user say
Tweet Email Print
VinFast, the electric vehicles (EV) manufacturer subsidiary of the conglomerate Vin Group, will export the first batch of VF8 electric vehicles to the US, Canada, and EU on November 25.

VinFast will organise a ceremony to celebrate the event at MCP Port of Dinh Vu – Cat Hai Economic Zone in Haiphong. The electric vehicles are expected to be handed over to clients in December.

In the framework of Los Angeles Auto Show 2022, VinFast struck a deal for 2,500 VF8 and VF9 with Autonomy – the US’s largest subscription service company.

In mid-November, VinFast debuted its first store in the Yorkdale Shopping Centre in Toronto, Canada. It is one of eight outlets that the company will open in Canada this year, and simultaneously is part of the country's market entrance in North America.

The company also has plans to open more than 50 VinFast Stores across Germany, France, and the Netherlands.

To realise its ambition to expand its operation overseas, VinFast is considering its planned initial public offering (IPO) in the US as soon as January 2023. In July, the automaker said that it had reached a deal with international financial institutions in a bid to fund $4 billion in efforts to assist in its expansion plan in the US. 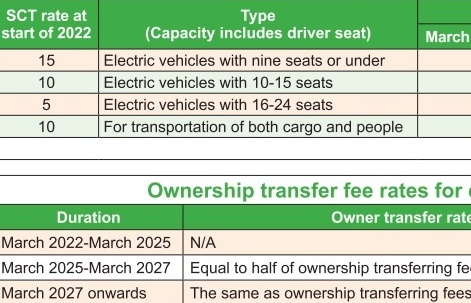