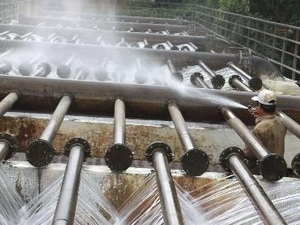 An agreement to this effect was signed between the Dutch Consulate General in Ho Chi Minh City and the provincial People’s Committee on August 20.

Once completed, the two works will provide fresh water for daily life and production for 35,000 local rural households.

According to Timvan Galen, Chief Advisor of the Dutch government-funded programme, ORIO, the project is one of the first seven ones signed by ORIO all over the world. It is currently funding 66 projects worldwide, focusing on fresh water, health care and energy.