Hanoi should make strategic changes in its planning to improve the unsynchronized infrastructure. Many regions of the city have not developed evenly and they lack green space. Therefore, Hanoi’s Municipal Party Committee recently agreed that the major, urgent issue from now until 2015 is to renew the city's zoning plan with a particular focus on technical and social infrastructure.

With the master plan for the development of the capital until 2030, with a vision to 2050, approved, the municipal authorities are now trying to complete hundreds of zoning plans in the next four years, aiming to build a modern and civilized capital city.

Hoang Trong Hanh, former rector of the Hanoi University of Architecture, said that due to lack of strategic planning, the capital's development has been slow. For example, 50-80 per cent of its capital resources for projects have been used as compensation for clearing sites for “the most expensive roads on the planet” such as Kim Lien-O Cho Dua road which has used VND600 billion for site clearance, six times more money than is required to build the actual road.

In addition, poor transport planning has also caused serious traffic congestion in Hanoi. Since the beginning of the year, the city has licensed more than 24,000 new cars, making up 22 per cent of the newly registered cars in the country. To cope with this situation, municipal authorities have issued regulations to restrict means of transport, but they realize that these are only temporary solutions.

Mr Hanh added that the most worrying issue is “empty urban areas” that lack schools, kindergartens, trees and public spaces. Without a detailed strategy, there will be major conflicts between Hanoi’s ancient streets and the new urban areas, said Mr Hanh.

After Hanoi expanded its administrative borders, the issue of planning has become more urgent and the time has come to establish an overall long-term plan to create a modern and civilized capital city. The municipal authorities will have greater responsibilities in the future.

Prime Minister Nguyen Tan Dung has ratified a master plan for Hanoi, aimed at building a modern city with satellite urban areas. This has laid the foundation for hundreds of detailed zoning projects but the core matter is how to avoid conflicts and overlaps.

In the immediate period, It is therefore necessary to immediately suspend more than 750 projects in Hanoi’s inner and outlying districts to stop them overlapping before a common plan is drawn up.

Nguyen Doan Hoan, Chairman of the Thach That district People’s Committee, said all communes and agencies in his district have been asked to reconsider projects in various fields in order to implement Hanoi’s common plan.

70 per cent of land for public construction

The Hanoi municipal People’s Committee recently discussed measures to step up the zoning plans for urban construction and management, and considers this one of its five key tasks from now to 2015.

Hanoi aims to complete all zoning plans, in which about 70 per cent of land will be allocated for public construction. The city is expected to complete 17 zoning plans for key urban areas in 2011, and iron out snags related to “empty” urban areas and the present asynchronous technical and social infrastructure.

Hanoi Mayor Nguyen The Thao showed a strong determination to realize all the zoning plans. He said municipal authorities and relevant agencies are making efforts to touch upon every zoning project in the next four years.

“However, there is a shortage of qualified human resources involved in the zoning plans. Hanoi will coordinate with the University of Architecture to organize short training courses for officers,” he said.

Since it was liberated 57 years ago, Hanoi has implemented seven zoning plans, however, the city still faces numerous challenges. It is expected that the Prime Minister’s newly-approved master plan until 2030, with a vision to 2050, will remove obstacles and erase the shortcomings of previous plans.

Under the master plan, the capital city will include a central metropolitan area, five satellite urban areas - Hoa Lac, Son Tay, Xuan Mai, Phu Xuyen and Soc Son - and several towns linked together. It will also have modern infrastructure while still retaining its cultural and traditional heritage sites.

Hanoi’s leaders have shown determination to effectively implement zoning plans and help the city fulfill its set targets for industrialization and modernization a couple of years ahead of schedule, thus establishing a modern and civilized Hanoi. 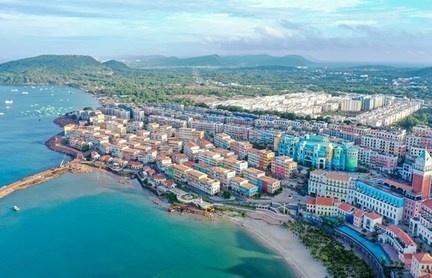