January 08, 2021 | 16:52
Tweet Email Print
Vietnamese athletes are working hard to secure a second slot in gymnastics at the coming Olympics in Tokyo this year.

Hanoi - Vietnamese athletes are working hard to secure a second slot in gymnastics at the coming Olympics in Tokyo this year.

“Currently, we have a ‘ticket’ via Tung. We are practising for important events, especially the Asian championship and we focus on the men’s all-round event. This is the biggest chance for us to take the second slot,” said coach Truong Minh Sang.

“Our best athletes in this category including Dinh Phuong Thanh will be participating. Thanh is our top hope.”

Thanh is a leading gymnast in the region and pocketed gold medals in two events at the 30th SEA Games. In total, the 25-year-old has grabbed six golds and two silvers in inpidual events in the last three SEA Games. He made history as the first Vietnamese won a title in the all-round at the 2015 Games.

The Hanoian is much better in the parallel bars as he won a bronze medal at the Asian Games in 2014 and has had no regional rival at the SEA Games since 2015. He also won a gold at the World Challenge Cup ART in Slovenia in 2018.

Sang said his team have started training with a focus on improving their basic technique and hard moves.

“Apart from technique, nice poses are really important in gymnastics. When we practise basic skills we have time to perfect our moves and poses which will win high points,” Sang said.

The gymnastics athletes, especially the women, are also looking for golds at the coming SEA Games in Hanoi.

The men’s team are still one of the strongest in ASEAN, but youth training has been a big focus for years and after the recent national championship, a new generation was discovered.

Among them, Nguyen Van Khanh Phong, 18, has great potential in the rings event.

Vietnam have dominated the rings for several SEA Games but golden athlete Dang Nam decided to retire in late 2019, leaving a big hole in the team.

However, Phong’s outstanding performance to take gold at the national tournament made people believe in a bright future.

“Previously, Phong could not compare with his seniors. But he is different this year and he did a really good job. His moves are more beautiful and look more powerful,” said coach Sang.

However, he said while Phong is full of energy, he's still young and pressure shouldn't be heaped on him.

“He still needs to sharpen his skills and compete in more competitions to strengthen his abilities and mind. We should build up a stable foundation before thinking about victory,” he said.

“Nam is my idol. He is a mirror that I will look at to strive for. I will work harder to reach his level and then pass him,” said Phong who will make his SEA Games debut later this year.

“I hope I can defend SEA Games (rings) gold medal of Vietnam, and then I will look at the Olympics,” said Phong who won three golds at the World Cup for juniors in Hungary and placed eighth at the Youth Olympics in 2018.

“The rate of difficulty in my performance is not as high as others in the world tournament. But I will work on it every day to make it equal.”

“They have shown their great progress through the national championship. They are good in both technique and competition mind,” said Bui Trung Thien, head of the Gymnastics Department of the National Sports Administration.

The women’s team also has new faces, aiming to restore the team to glory after being absent from the top podium at the last two SEA Games.

“Due to COVID-19, we lost all opportunities to compete in 2020 but we had time to pay attention to practice. It helped perfect our moves and improve our technique a lot,” said coach Nguyen Thi Thanh Thuy.

“We have registered to participate in tournaments in the first months of this year. They are important warm-ups for us ahead of the SEA Games. We are expecting to win a gold medal, the first of this young generation, at this Games on home turf,” she said. 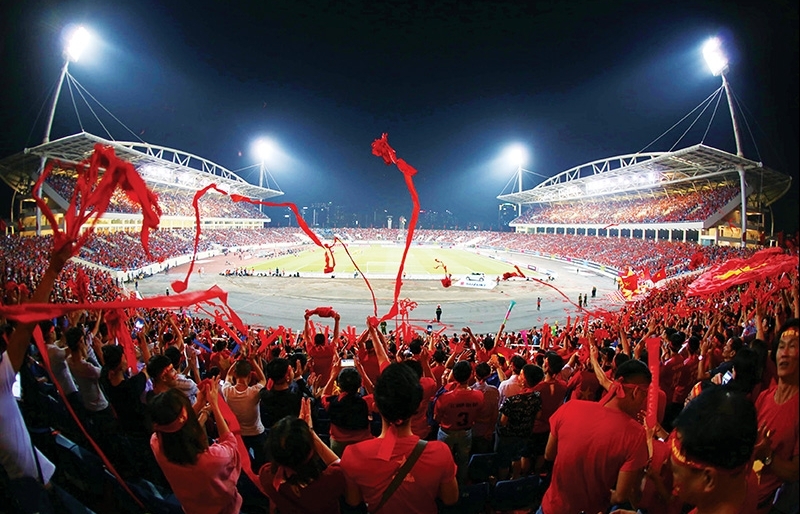 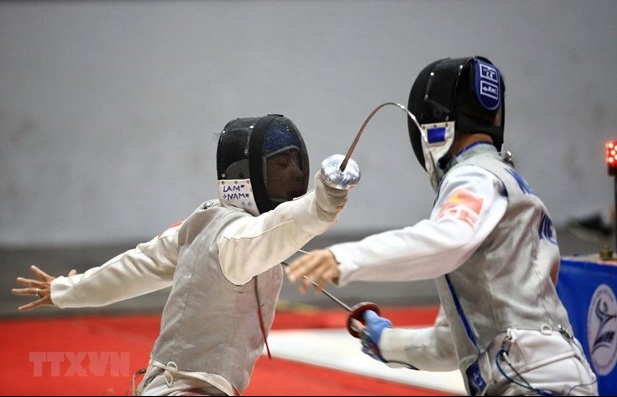