Quantum Leaps and Orix Investment will have an official meeting with the provincial authorities next month on their specific plans. On this trip to the province, they will also take several Japanese small- and medium-sized enterprises, which are interested in pouring capital in the IP, Truong added.

Tomohiro Ishii, Quantum Leaps global development director, asked for support from the local authorities regarding their investment cooperation plans in the province. He also highly valued  the province’s investment attraction policies, potentials and advantages and said Thai Nguyen was an attractive investment destination which could bring about much benefit.

The IP covers 150 hectares in Pho Yen district and has a life span of 50 years.  Yen Binh IP was approved by the prime minister to be added to the list of Vietnam’s IPs prioritised for establishment by 2020.

Earlier, Kumho Asiana Group representatives also visited the province to express their interest in joining with the corporation to develop infrastructure of Yen Binh complex. Kumho highly valued investment potential in this project and will soon make a final decision.

Yen Binh complex, about 36 kilometres north of Hanoi, covers 8,009ha in Pho Yen and Phu Binh districts. The project is considered vital to boosting the economy of Thai Nguyen province. 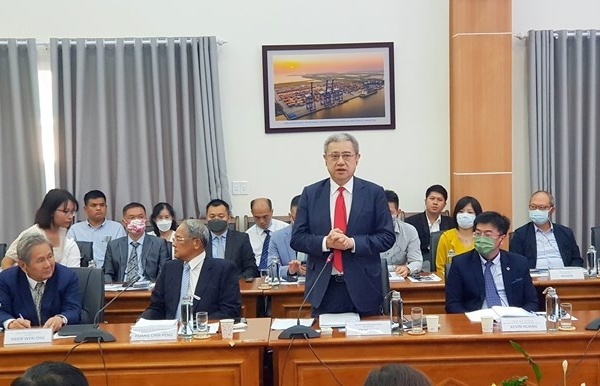