December 17, 2021 | 08:00
Tweet Email Print
Coffee prices reversed their course and fell from the previous sessions, as investors seem less worried about the impact of a new coronavirus variant – however, market analysts believe that prices will further normalise towards the last days of the year.

“As coffee was overbought on both the New York and London bourses, the price for the commodity was pulled down as a typical reaction to important global developments,” commented Nguyen Quang Binh, an independent stock analyst living in Ho Chi Minh City.

“Coffee traders are somewhat familiar with the behaviour of financial exchanges, panicking when they are too worried,” Binh explained. “In many sessions, financial speculators have partly used the two coffee floors as a place to store capital. But as the Omicron variant so far seems less severe than Delta, investors began moving capital from one commodity group to another, such as energy, metals, and currencies.

Recent movements in world coffee prices have shown concern about changes in import markets. Nguyen Quoc Toan, director at the Agricultural Products Processing and Market Development Department under the Ministry of Agriculture and Rural Development said, “At the moment, the market’s prospects remain unclear for Vietnamese coffee exporters because many importers push the risk to the seller.”

Toan realised that domestic coffee importers currently do not want to sign FOB (free on board) contracts, and instead asked sellers to switch to CIF (cost, insurance, and freight). Meanwhile, Vietnamese exporters are concerned that CIF deliveries will render it difficult to compete with others and cannot guarantee profits.

“If selling via a CIF contract for around $1,900 per tonne of Robusta coffee, plus the freight, the final price will be sky high,” Toan said. “In the first half of the year, only 35 per cent of coffee exporting enterprises accepted to switch to CIF contracts.”

More broadly, analyst Binh said, there is a reason for traders to expect history to be repeated, despite many obstacles ahead. Ten years ago, the price of coffee derivatives reached peaks thanks to stimulus programmes at that time.

The highest peak at that time for Robusta was over $2,600 per tonne. Similar highs have just been established on the London and New York exchanges, with prices at $2,357 and $2,412 per tonne, respectively.

Last week, the prices on both floors were spiking, while the price of domestic coffee in exporting countries increased slowly. The price of Robusta derivatives reached a decade high, but the price of raw coffee remained the same, sitting around $1,826 per tonne, the highest level for the last four years.

At that time, the domestic coffee price traded especially high towards the weekend. Although the new crop has not been released yet, many contracts have been signed and deliveries are taking place. However, due to high freight rates, most exporters request buyers to take full charge of freight costs.

In the context of high container shipping rates, some importers have chartered bulk ships for transportation. Although bulk freight is cheaper, risks affecting the coffee quality are very large and losses often exceed the allowable tolerance by up to 3 per cent.

Binh said that commodity traders need to be aware of changes on the floor, though also do not need to stress too much about its fluctuations, as a lot is connected to speculations.

“The coffee market is inherently very sensitive to US monetary policy,” Binh explained. “When faced with a sharp increase in inflation, it is likely that policymakers will quickly withdraw stimulus programmes or raise interest rates. By the end of 2021, the price of coffee on both exchanges, no matter how hot, will likely soften again.”

Recent changes to the US Department of Agriculture’s coffee production forecast have had a sizable effect on the intensity of gains on each coffee floor, even though London prices hit their high 10 years before the New York Stock Exchange.

The department forecasts that the output of the new crop year 2021-2022 of Vietnam – the world’s largest Robusta producer – increases to 31.1 million bags of 60kg each compared with the previous forecast of 30.8 million bags.

“The business world is expecting a large number of goods from Vietnam. This sentiment has overwhelmed the pressure of betting on the Robusta floor,” Binh said. 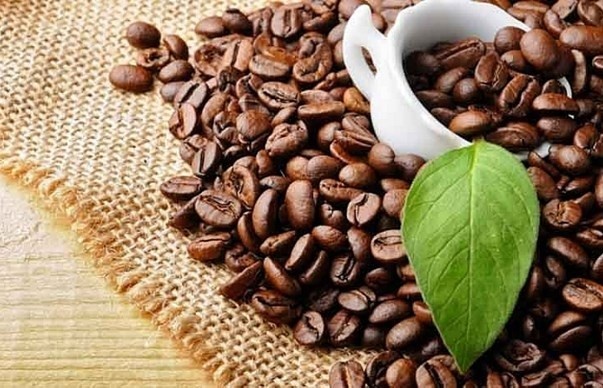