February 18, 2018 | 17:43
Tweet Email Print
Last year saw a lot of merger and acquisition (M&A) activities in the Vietnamese property sector, with transactions totalling US$1.5 billion and the participation of many major foreign players.

One of the biggest locations was Thu Thiêm, the new urban development area in HCM City, that saw a number of high-profile deals including one jointly by Hongkong Land (HKL) and Ho Chi Minh City Infrastructure Investment Joint Stock Company (CII).

The project will provide around 1,140 units including luxury apartments, sky villas and garden apartments; designed with a variety of unit sizes ranging from one to four bedrooms, and enjoying the scenic Saigon River and surrounding green area.

Last quarter also saw CapitaLand Limited acquire a 1.45ha site in District 4 for S$53.5 million (around $40 million), making it its ninth residential development in HCM City and 11th in the country.

Another transaction saw VinaLand Limited, one of the real estate arms of Vina Capital, sell its entire stake in the Vina Square project, a 3ha land development project in District 5, HCM City, to Trí Duc Real Estate Company for around $41.2 million.

When completed, this mixed-use development will have over 1,000 apartments besides retail and office space.

The US-based Warburg Pincus has signed a $300 million deal with VinaCapital for building a hotel. Mapletree from Singapore took over Kumho Asiana Plaza Saigon, and Keppel Land plans to develop land plots in the Thu Thiem Urban Area.

The real estate and investment management firm JLL expects Viet Nam to remain one of the most attractive destinations for foreign investment in Southeast Asia.

Many experts concur with this and explain that this is due to Viet Nam’s strong economic performance.

Last year, the economy grew at 6.8 per cent, outstripping the Government’s target of 6.7 per cent and higher than the annual rates in 2011-16.

FDI hit a new record last year of nearly $35.9 billion after rising by a whopping 44.4 per cent.

They also said the global economy too had many positive factors, enabling the Vietnamese economy, especially the real estate sector, to grow.

Most of the investments came through M&A deals.

Last year, the overall M&A market was estimated at $8 billion, of which the property sector accounted for the largest proportion.

The investors came from many different countries such as Japan, South Korea, Singapore and, increasingly, mainland China.

Joint ventures are popular among foreign developers since they are strong financially and have a track record in property development while local developers have land and close links with the local community.

Experts said the real estate market has embarked on a second wave of M&A since 2015 thanks to the rapid privatisation of State-owned enterprises and foreign investors’ increasing interest.

Indeed, the Government’s strong push to equitise major State-owned enterprises, many of which have huge parcels of land in prime locations, is a key reason why foreign property companies are keen on Viet Nam.

After initially capping the maximum stake foreign companies can acquire in local firms, the Government did an about-turn, allowing even 100 per cent ownership in many sectors, only having restrictive caps in some critical sectors.

Thus, a foreign property company can buy out a small State-owned company just to use its lands.

Another reason is Viet Nam’s rapid global integration and investor-friendly policies that have had a big impact on the market and encouraged foreign businesses to invest in Việt Nam, especially its real estate sector.

The real estate market is also fuelled by the improvement in market transparency and simplification of procedures.

The banking sector’s efforts to settle bad debts have been a big factor in stimulating M&A deals in the property sector.

Market observers said foreign investors are always interested in projects with prime locations and the ability to return 7-8 per cent on investment such as grade A office buildings.

Rent for office space in Viet Nam is much higher than in neighbouring countries.

Analysts said M&A are an inevitable trend in a market economy, and collaboration between domestic and foreign investors helps create a perfect partnership thanks to the different skills they bring.

The Ministry of Construction plans to amend some provisions of the Housing Law and Law on Real Estate Business and this is expected to attract more foreign investors to the real estate market.

Experts from JLL believe hundreds of millions of dollars are waiting to enter most segments including residential, office, retail, hospitality and industrial.

Other analysts too said that huge sums are likely to be ploughed into the real estate market through M&A deals in 2018 and beyond, particularly by foreign investors.

Many mega deals are likely, mainly in the apartment, office space, tourism and urban land segments, they said.

Hotel could pay much less for power

The Viet Nam Chamber of Commerce and Industry (VCCI) has objected to the Electricity Regulatory Authority of Viet Nam (ERAV)’s plan to reduce the electricity tariff for hotels, saying it betrays a lack of fairness.

Under to a draft decision by EARV that has to be approved by the Government, hotels will get a big cut in prices. In the draft, which has been put out for feedback from relevant agencies, ERAV wants to categorise hotels as production instead of service businesses.

ERAV expects the policy to help develop the tourism sector since hotels could cut room rates if they have lower electricity bills.

But according to the VCCI, if the electricity prices are reduced for hotels, the Government would lose VNĐ1 trillion ($44.2 million) a year, or much higher than the likely increase in tourism revenues.

Though domestic products have a dominant share of the market, foreign products, especially those from Thailand, South Korea and Japan, have begun to make inroads by attracting consumer interest, a trend that could strengthen.

According to a survey by the Association of High-Quality Vietnamese Goods Producers, their effective strategies have helped Thai, Korean and Japanese firms enter the Vietnamese market, and their products are becoming increasingly popular.

The proportion of products imported from Thailand, South Korea and Japan increased from below 3 per cent in 2016 to 8-10 per cent last year, and 12-17 per cent in the case of confectionary and beverage products.

The popularity of Thai, Korean and Japanese products is also thanks to active support from their retailers here.

Aeon and Lotte are keen to expand in Việt Nam with plans to open more stores around the country. The former expects to have 29 malls by 2020 while the latter plans to open around six new supermarkets by then. 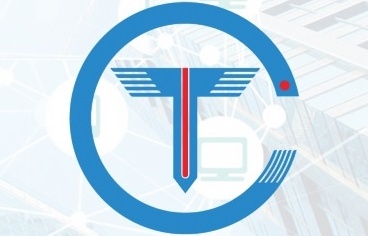