This morning, the ceremony to honour Vietnam’s 20 most outstanding living spaces and a roundtable discussion with the developers has taken place at VIR's headquarters.

Speaking at the ceremony, Le Trong Minh, VIR's editor-in-chief, said that in 2015-2017 the Vietnamese real estate market has seen remarkable changes in product structure, policies and mechanisms, as well as the mindset of developers and customers. These provided the foundation for the market to move towards sustainable development and focus on the quality of living.

In 2017, the Vietnamese real estate market was pressured by tightening control over real estate credit flows, and some concerns about supply-demand imbalance. However, hundreds of projects have been kicked off, launched for sale, and their liquidity is at a very high level.

According to the Housing and Real Estate Market Management Agency under the Ministry of Construction, there were over 23,000 successful apartment transactions in 2017 in Hanoi, up 12 per cent compared to 2016, which is the highest liquidity level over the last five years.

In Ho Chi Minh City, there were 32,905 successful apartment transactions in 2017, which is the first time that more apartments were sold than launched. Numerous other active markets such as Quang Ninh, Haiphong, Thanh Hoa, Danang, Nha Trang, Phu Yen, and Phu Quoc are becoming attractive destination for investment.

All consultancy organisations stated that the 2017 real estate market marked a move from strong growth to sustainable development with the participation of big developers and huge high-quality projects.

In order to determine the quality of real estate projects, VIR holds “A new benchmark for living space” poll annually to find the best living spaces for people. 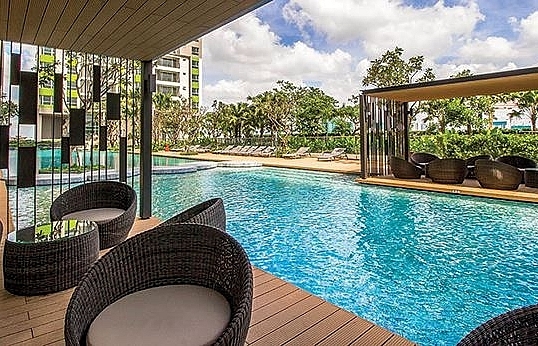