Vietnam's share of regional venture capital funding devoted to fintechs jumped from just 0.4 percent in 2018 to 36 percent in the first nine months of the year, the business journal said in an article published earlier this week. Singapore attracted a 51-percent share, down from 53 percent last year.

Wanyi is also co-author of a report on Southeast Asian fintech companies produced in conjunction with the United Overseas Bank and the Singapore FinTech Association.

"For now I think what is taking up a lot of traction in the developing economies will be very consumer-based," he said.

Driven by double-digit annual growth, digital payments are expected to become the payment method of choice for nearly half of all transactions by 2025, surging past the 1 trillion USD mark as fintech companies tap the 300 million adults across Southeast Asia who either don't have a bank account or lack proper access to credit, investment and insurance facilities, the journal said.

After attracting just 35 million USD in venture capital funding in 2014, total investment in Southeast Asian fintechs has boomed over the past five years, reaching 679 million USD last year. Fintech funding in the region has so far mounted to 1.14 billion USD in 2019.

Singapore remains the region's dominant base for fintech, currently home to 45 percent of Southeast Asia's companies.

Vietnam's e-payment solutions provider VNPay came out on top in regional fintech in terms of ability to draw capital, with 300 million USD in disclosed funding deals this year.

The top 10 funded fintechs were located in either Singapore, Vietnam or Indonesia. Fintech companies set up bases in Vietnam because they want to tap the country’s large unbanked population, according to the journal. 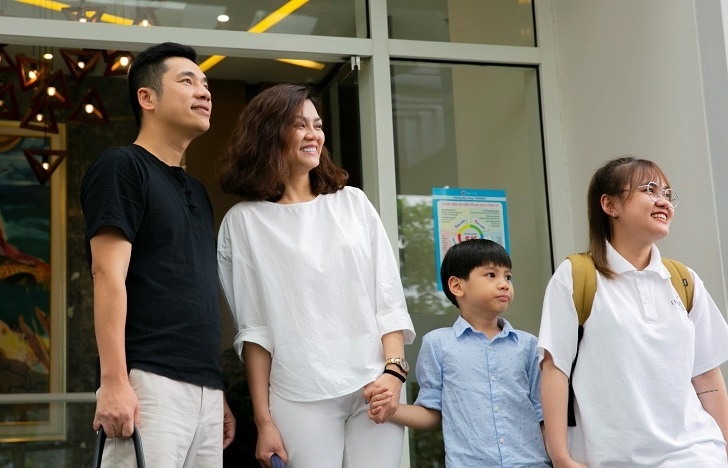 Modern parents teach children how to use technology to manage spending