According to Khoon Goh, head of Asia Research at ANZ, Vietnam’s economic growth was stronger than expected in 2022, as exports have remained robust and domestic demand performed well. GDP growth looks set to exceed 7 per cent for 2022. However, its growth will slow in 2023 as the impact of the global slowdown starts to filter through.

“Vietnam’s exports contracted in November, and will struggle over the first half of next year given weak external demand. The recent troubles with the property sector are also set to weigh on construction activity. We see growth slowing to 5 per cent next year as a result,” he said.

In the same vein, Vince Conti, an economist at S&P Global Ratings said, “Vietnam is an economy that is far outperformed the rest of the world, and frankly, everyone else has expectations for Vietnam itself this year. Its export-led growth has been so strong that even with an external demand-driven slowdown starting in late third and fourth quarter, the full year growth for this year is still likely to be above 8 per cent.”

However, big challenges are coming up for Vietnam after a rapid post-COVID recovery. Inflation is beginning to rise, even though it's rearing its head much later than elsewhere. This inflation is beginning to spread into core inflation. Weaker demand is showing up in weaker exports, worsening trade, and negative external balances. Beyond the spillovers from external demand, risks around the property sector are also building up in the country.

S&P Global Ratings expects Vietnam’s GDP growth to dip from slightly above 8 per cent this year to 6.3 per cent next year, almost a two percentage point drop, before recovering two rounds, slightly less than 7 per cent over the next two years.

According to the latest report by HSBC, Vietnam has been hit hard by a global trade slowdown. In November, the country saw the first meaningful y-o-y decline in its exports in two years, with broad-based weakness.

In particular, shipments of electronics and textiles/footwear – Vietnam’s two main export pillars – have been dragged down by cooling demand in the West. In particular, the decline has been led by an economic slowdown in the US, Vietnam’s largest export destination.

Still, the experts agree that Vietnam's economy is likely to grow faster than peers due to the country's structural competitive advantage in luring foreign direct investment (FDI) capital.

Vietnam remains a very attractive destination for FDI, as multinational companies are attracted to a very productive workforce, good access to major international markets courtesy of numerous free trade agreements, and a favourable business and investment climate. This will help sustain the country’s growth at a high rate.

Indeed, multinational companies have relocated some parts of their manufacturing capacity to Vietnam to diversify their supply chain. Tech giants have also announced plans to raise investments in Vietnam. Last week, Samsung revealed plans to boost its investment in Vietnam from $18 billion to $20 billion. Meanwhile, LG will invest $4 billion to establish Vietnam as a future hub for its smartphone production.

Goh from ANZ noted that the country’s medium-term prospects remain bright. Vietnam remains a very attractive destination for FDI, as multinationals are attracted to a very productive workforce, good access to major international markets courtesy of numerous free trade agreements, and a favourable business and investment climate. This will help sustain the country’s growth at a high rate.

“Vietnam remains one of the main destinations for FDI in the region, with its rapid growth, improved infrastructure, relatively cheap labour force, and existing ecosystem of foreign investment. This helps to provide longer-lasting funding during periods of weaker current account balances, such as right now,” Conti said. 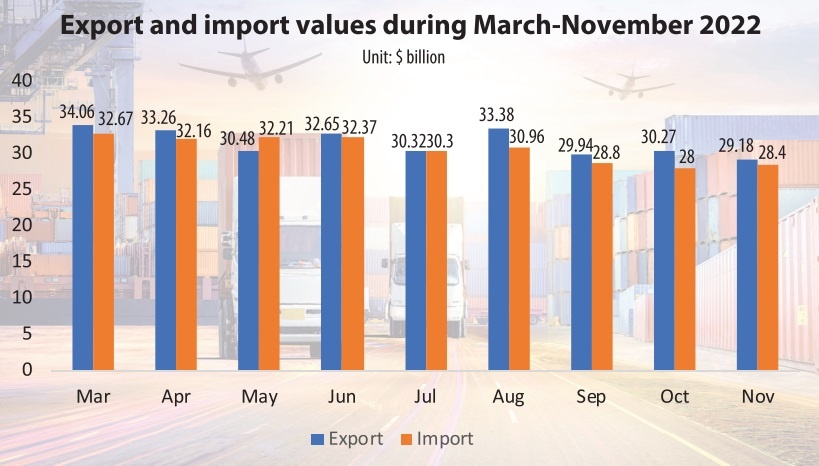 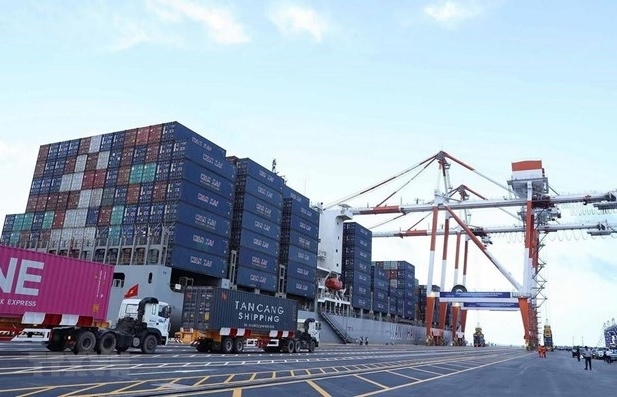