The story of a self-made billionaire

April 19, 2019 | 08:00
Tweet Email Print
Since the 2018 season of Swing for the Kids, American billionaire Bob Parsons has accompanied the tournament as Silver Sponsor. The story of the billionaire and his predestined relationship with Vietnam has become an inspiration for many people.

Self-made billionaire Bob Parsons endured an extremely deprived childhood due to his family’s financial difficulties. He had to shoulder financial burdens from a very early age to help his parents and to make ends meet.

Talking about those days, he says, “I have earned everything I have ever received. Very little was given to me. I have been working for as long as I can remember. Whether it was delivering or selling newspapers, pumping gas, working in construction or in a factory, I have always been making my own money.”

As long as that job made money, he was willing to do it no matter how low he was paid, Parsons told audiences at the 2017 Asia Pacific Golf Summit (APGS) in Danang, Vietnam.

Due to mounting difficulties, after nearly flunking out of high school, he joined the U.S. Marine Corps during the Vietnam War, where he received the Combat Action Ribbon, Vietnamese Cross of Gallantry and a Purple Heart Medal. Thanks to the Marines, he could come back to continue his education and was able to enroll at the University of Baltimore, receiving his Bachelor of Science in accounting. “Every day I use the lessons and discipline I learned in the Marine Corps. I absolutely would not be where I am today without the experiences I had there,” he said.

For Parsons, starting his first business was no bed of roses, at a time when there was hardly any source of investment available to help him take the risk. With a keen business mindset, Parsons does not encapsulate himself in just one field of business, but grasps any potential opportunity.

Parsons then founded the Internet domain registrar and web hosting company GoDaddy in 1997 and currently is its largest shareholder, owning 28 per cent of its stakes.

In any of his fields of business, Parsons always wisely spreads his investments and, as a result, achieves success. At the same time, his burning passion and tireless efforts show no signs of halting, with non-stop creations of new products and solutions that offer his customers practical and useful value.

Currently, Parsons owns an estimated net worth of approximately 3 billion dollars, and is ranked among the world’s top 400 wealthiest people.

Along with strong business sense, Bob Parsons is most known for his great love for golf. Parsons took his first swings when he was just a little boy, and golf gradually became his hobby. His commitment is so strong that he will even drop his meetings to play golf.

In September 2013, Parsons purchased The Golf Club Scottsdale, a 292-acre members-only golf course for $600,000, renaming it Scottsdale National Golf Club. Shortly after that, Parsons showed even bigger ambition when acquiring undeveloped properties adjacent to his golf course including a 223-acre parcel for a reported $55 million, a 41-acre parcel for $5.4 million, and a smaller tract for $2.3 million. Also in 2014, Parsons announced plans to build a new clubhouse,

At the 2017 APGS, he said that his company’s clubs are not merely ordinary golf clubs, but to develop this line, he and his partners have always strived to figure out how to develop the finest golf equipment on the planet, thereby continuously improving their products and creating new varieties of product lines. “We wouldn’t bring the clubs to market if I didn’t believe they are the absolute best,” he said.

With no cost or time constraints, PXG is committed to the long process of researching various alloys, exploring new technologies and identifying the unique properties that make PXG clubs perform smoothly and unlike anything else.

At the conference hall of Sheraton Grand Danang that day, the billionaire spent an hour sharing about his business process, how hard he has been working to earn such a huge fortune today, and of course, his passion for golf. Endless applause from attendees were sent to Parsons and his impressive presentation.

During the interview with media on the sidelines of 2017 APGS, Bob recalled his memory of the days when he was serving in the battlefield of South Vietnam, with heart-full emotions as he came back to Vietnam after decades, and saw so many changes. Wishing to share his sympathy and supports with Vietnamese, especially with disadvantaged children, he pledged to support Vietnamese children via charitable programs implemented by BRG Group and selected by Madame Nguyen Thi Nga, chairman of the Group.

The famous billionaire will initially donate $100,000 to Swing for the Kids which BRG has been supporting with Vietnam Investment Review over the past years, while another $100,000 will be funded for other charity works of the group. Bob Parson also reaffirmed his commitment at the post-summit 2017 Asian Golf Award Gala in front of hundreds of guests.

Just like his return to Vietnam after leaving nearly 50 years ago, sponsoring VIR’s Swing for the Kids and BRG’ social activities holds immense meaning for the great entrepreneur. 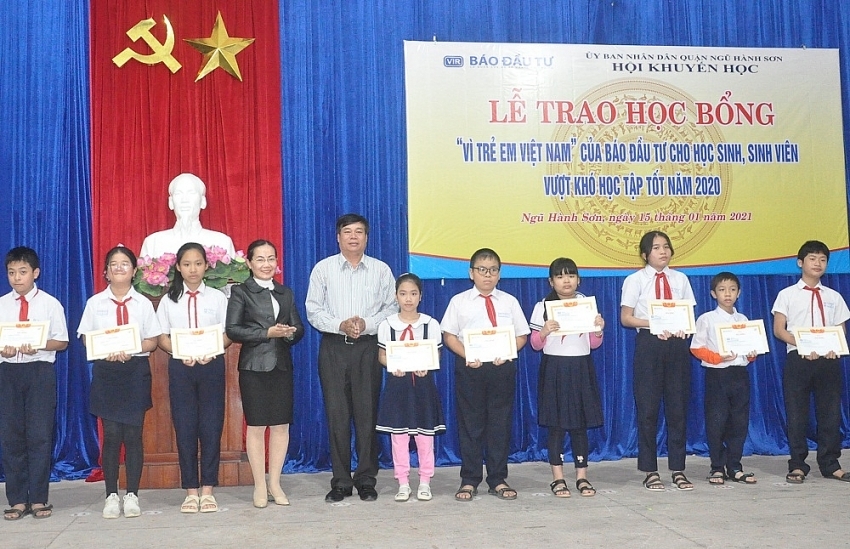 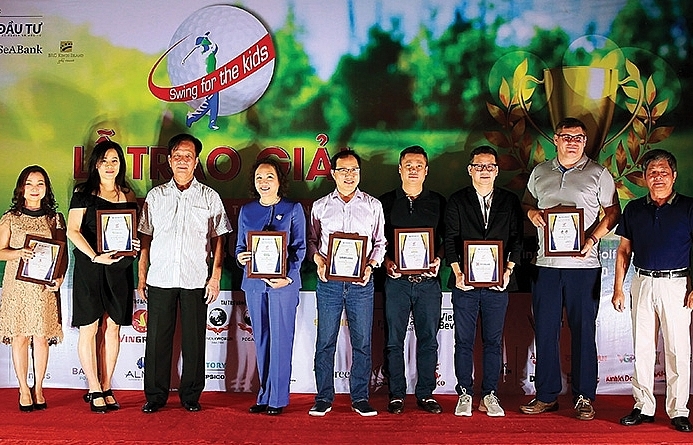 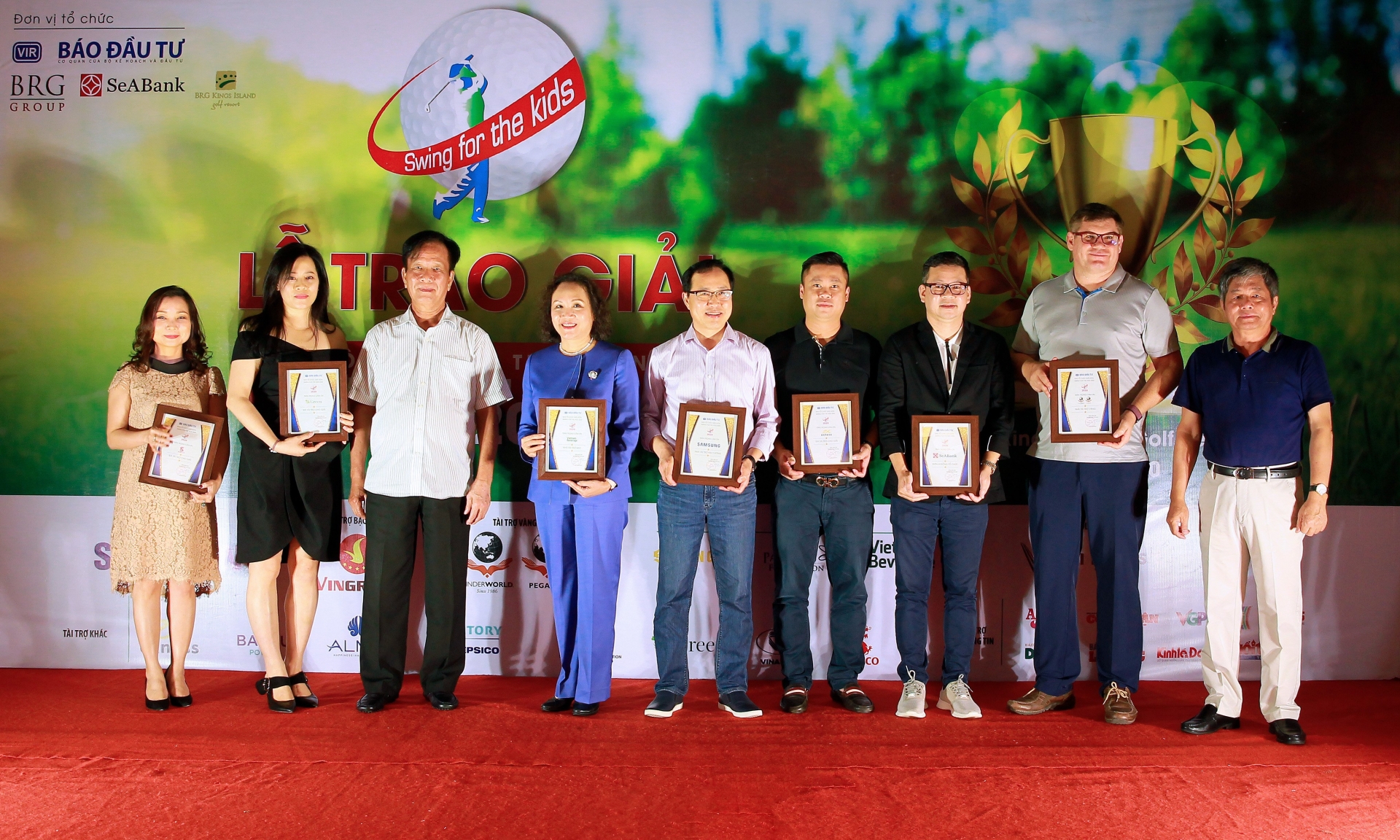 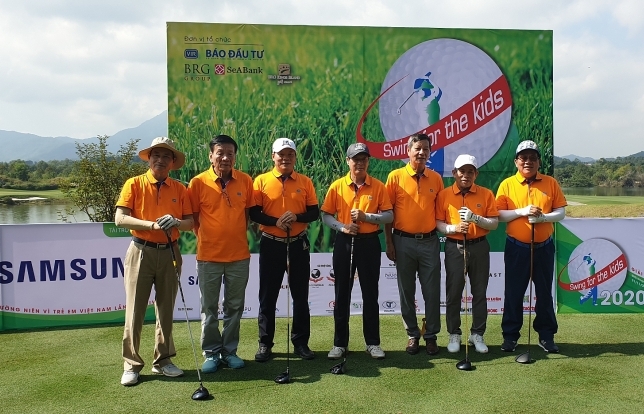 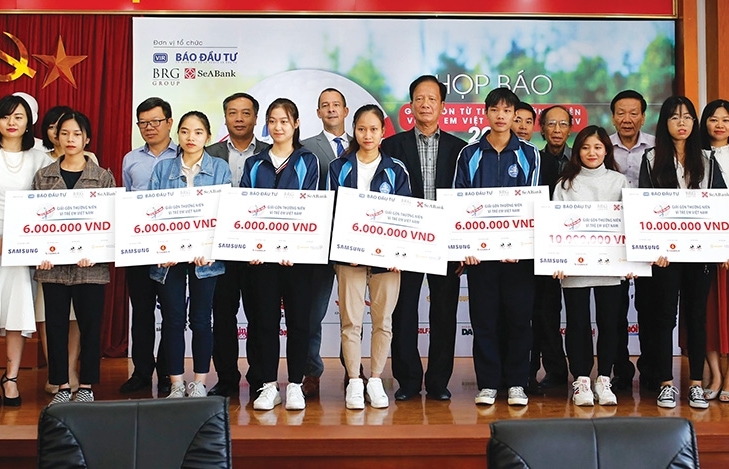 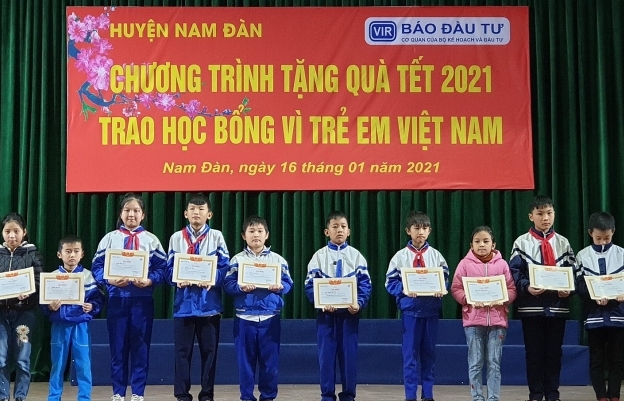