Vietnam Investment Review (VIR) in cooperation with BRG Group and Southeast Asia Commercial Joint Stock Bank (SeaBank) organise the annual charity golf tournament Swing for the Kids as a reular event under the support of the Ministry of Planning and Investment and Vietnam Association for Promotion Education.

After 12 successful seasons, Swing for the Kids has established many new records, from the number of golfers involved to the funding amount for VIR’s scholarship fund and the Vietnam Association for Promotion Education with the appearance of sponsors.

Le Trong Minh, VIR’s editor-in-chief and head of the Organising Board, said “Stepping into the 13th year, the most difficult challenge for organisers like us when starting a new season is to find new and interesting things about the tournament to tell readers. Our organisers and main sponsors are familiar faces and we’ve had long-term major sponsorship from BRG Group and SeAbank (as co-organisers), Samsung Electronics Vietnam (as Diamond sponsor), Vingroup (as Platinum sponsor), and Kinderworld Education Group (as Golf sponsor). On the side of the media, there are still local press agencies that have been attached for many years and will continue to accompany Vietnam Investment Review Group on the mission to spread the message of this meaningful sporting event far and wide.”

Each year, Swing for the Kids sees positive results in the success seen in the lives of students who receive a full scholarships from VIR. After graduating, many students have begun successful careers in various fields of works.

“I hope that for the students who have received Swing for the Kids scholarships, once they have matured, graduated, and found good jobs, they will give back to the fund,” VIR’s editor-in-chief said.

The event has received sponsorship from US billionaire Bob Parsons and Sun Group who returned as silver sponsors. The tournament also welcomes Truong Tien Holdings for the first time as the hole-in-one sponsor with the prize of a Toyota Camry 2.0 sedan on offer while GLN English Centre and AT Travel are sponsoring other prizes. Gamuda Land Vietnam returns as a bronze sponsor while TNG and Tay Bac Company join as bronze sponsors for the first time. Numerous enterprises ­including Mercedes, ­Giovanni, Golf Plus 18, Vinatex, Valink, and Bia Hanoi among others have made ­significant contributions, helping to make the tournament a success.

“With the results achieved, we can have absolute faith in seeing impressive results from this year’s tournament. Swing for the Kids 2019 will mark a new journey with the participation of about 280 golfers and more than VND1.4 million raised in cash (compared to the participation of 250 players and VND 1.4 billion for the fund in the 2018 season),” stressed Minh.

Swing for the Kids 2019 will start playing from 12 noon on Saturday, April 20, according to the shotgun start format at Mountainview and Kings Course of BRG Kings Island Golf Resort in Dong Mo, Son Tay district, Hanoi. The awards ceremony, gala dinner and auction will be held at 6pm on the same day at the Club Party Room of Kings Island Golf Resort.

I took over the position of Samsung Vietnam’s general director in late 2018, and this is the first time I have participated in such a socially significant charity golf tournament with a meaningful contribution to the community. Swing for the Kids, since it began in 2007, has always followed the target of supporting diligent students who are trying to overcome difficulties in life, as well as contributing to the upgrading of school classrooms and facilities across Vietnam. Swing for the Kids’ target is in line with what Samsung Group is working on for its global social activities with the vision “Enabling People: Education for the Future Generation”. This is also one of the reasons Samsung Vietnam has committed to the long-term companionship of Swing for the Kids. I hope the tournament will see even greater success and development, enabling the young to dream higher.

I wish to share my sympathy and support with Vietnamese, especially with disadvantaged children. As soon as I was reminded of the Swing for the Kids charity golf tournament, as well as many other social activities that are in need of compassion, I pledged to support disadvantaged Vietnamese children via charitable programs implemented by BRG Group and selected by Madame Nguyen Thi Nga, chairman of the Group. I can’t imagine why I didn’t come back to Vietnam earlier. I want to contribute more to help Vietnamese children. Sponsoring VIR’s Swing for the Kids and BRG’ social activities are only the beginning and I really hope that I am able to do more.

Our chairman’s heart is always with the children of Vietnam and one of her philosophies for the company is to make all of Vietnam better, and with her passion for golf and with the facility that we have, it is a perfect opportunity for us to partner with Vietnam Investment Review to host this event for the children.

We are always looking for ways to support the children, to maintain our relationship with VIR, and developing this event has helped to spread more events like it in Vietnam. This is one of the oldest and most successful events of its kind and now others are getting involved. What this does for us is to let us see that we are helping to grow more through other avenues which we cannot do alone.

We are honoured and proud to have ­accompanied Swing for the Kids from its first days, and now our journey has entered its 13th year. I believe that when organising such an annual tournament, the only purpose is to raise as much money as possible to hand over to impoverished students.

VIR’s Swing for the Kids shares the same ideas as our Thien Tam Fund which we give ­directly to students in remote, mountainous areas. We therefore ­express ­solidarity with the tournament. Golfers and sponsors can all be ­assured that their kind-hearted contributions will arrive at the destinations that need them. This also explains why the number of golfers as well as sponsors participating in the tournament continues to ­increase each year.

Kinderworld has been accompanying Vietnam Investment Review press group in Swing for the Kids since 2013. Through this cooperation, we have seen that VIR is prestigious and the success of the charity golf tournament has increased year by year and spread throughout the country, showing the professionalism of the tournament as well as the trust of businesses in general and golfers in particular in responding to social activities.

Each year, Kinderworld will cooperate with VIR to find students who fit the criteria and award more than 30 scholarships and open training classes. We have developed a strong appreciation of VIR and the Swing for the Kids golf tournament, considering it a meaningful and practical way to help students who are in difficult circumstances to develop and contribute to their country in the future.

First hearing about the VIR’s Swing for the Kids charity golf tournament, Truong Tien Holdings and I were touched with its significant meanings for corporations. After four years joining Swing for the Kids as players, this is the first time we have participated as sponsors of the tournament. Charity programmes are one of our priorities and we implement these programmes every month and quarter.

Most recently, the group organised a trip to Meo Vac, Ha Giang province to grant scholarships to students. Thus, when some of the company’s leaders, who are also golfers, proposed that we join the tournament as a sponsor, the board of directors accepted immediately. We believe that we can send this meaningful message to more and more golfers and philanthropists, and more people will join us in accompanying Swing for the Kids in the future.

GLN is a centre for education and training, focusing on English, and we understand the role and responsibility we have in helping society to access knowledge. GLN is accompanying the Swing for the Kids charity golf tournament for the second year, last year GLN sponsored a hole-in-one prize and this year will continue to do so.

Accompanying VIR to build a charity fund is our honour, contributing to help Vietnam in general and future generations in particular to have good conditions to develop and succeed in the future. Last year GLN had two golfers participating in the season, this year our general manager will be our representative. GLN will continue long-term cooperation and introduce the event to our partners, communicating to our media how to spread this meaningful activity. 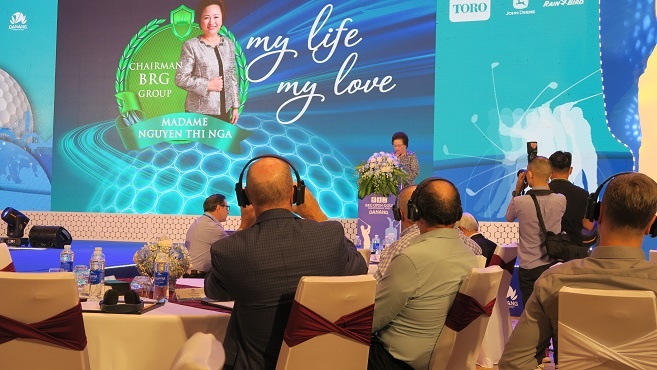 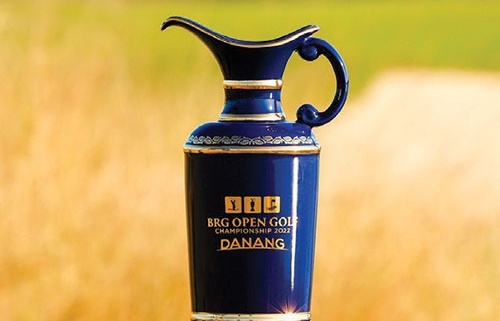 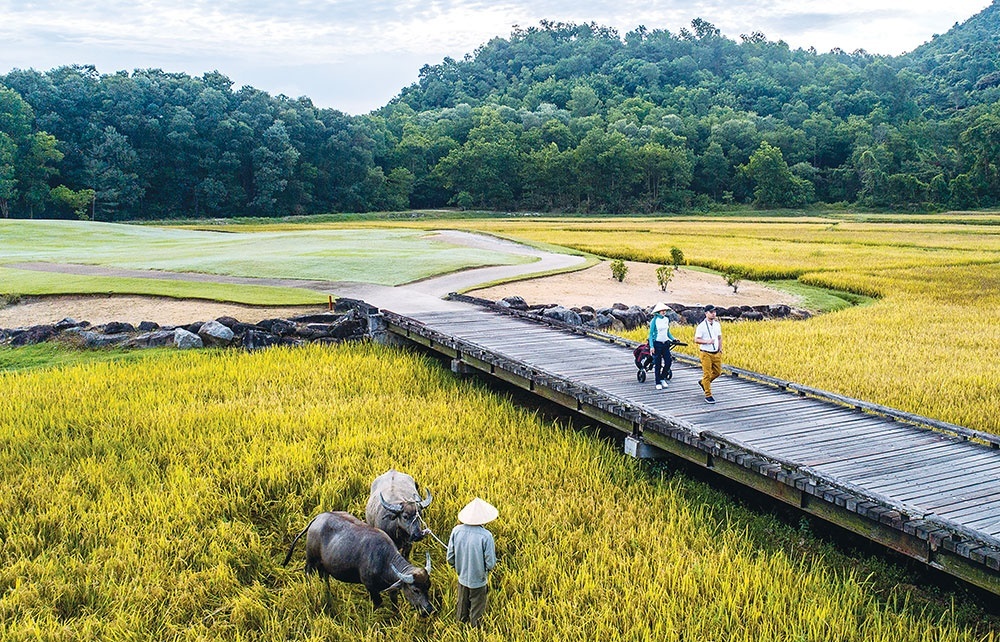 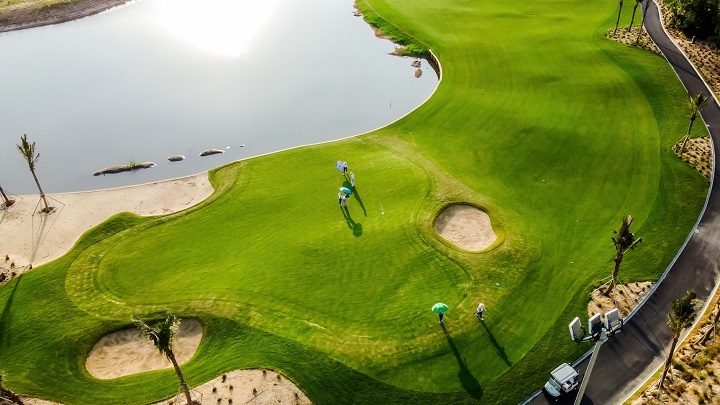 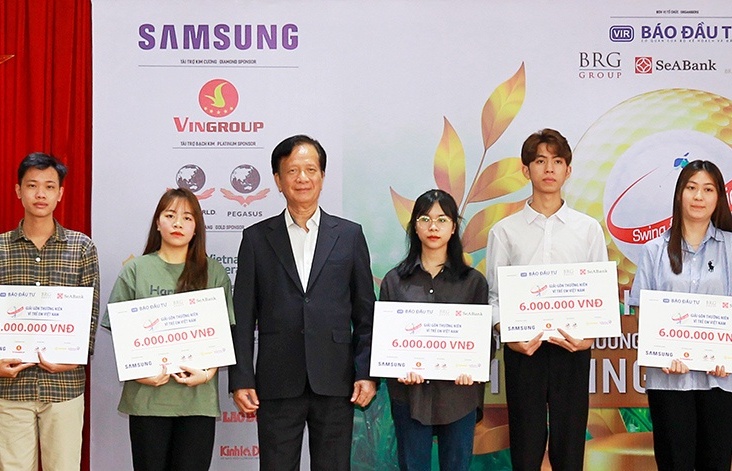