Proposals for Phu Quoc dream of a second Singapore

April 07, 2021 | 09:00 (0) user say
Tweet Email Print
The island real estate market is awaiting another hot wave on Phu Quoc Island as the prime minister has issued Decision No.486/QD-TTg, approving the partial adjustment of the master plan of the top tourism destination in Kien Giang province until 2030.

The new construction plan for Phu Quoc will adjust tens of hectares of its protective forest land to tourism land to strengthen the island’s eco-luxury and sea tourism, as well as resort and entertainment services, to become an international tourism hub in Asia.

According to the decision, the total area of the adjusted plan is about 675 hectares, accounting for 1.14 per cent of the total area under the approved general planning. Of which, residential land increases by 168ha, resettlement land by 54ha, and land for transportation by 6.7ha, while protective forest land decreases by 71.9ha.

Under the master plan to create an island metropolis for premier high-end tourism, Phu Quoc city itself will become the gateway for international exchanges to promote development of the whole region. According to the proposals, Phu Quoc is ready to welcome tens of thousands of people migrating from the mainland to the island. In recent years, the population growth rate of Phu Quoc has been over 18 per cent, including a large number of highly-skilled personnel and foreign experts working in real estate projects, hotels, and resorts.

According to Nguyen Manh Ha, vice chairman of the Vietnam Real Estate Association, tourism and premier high-end real estate properties are still the most attractive investments, typically in potential markets like Phu Quoc. Thus, the approved master plan and the new partial adjustment are creating a new boost for the pearl island’s real estate.

Ha also noted, “The land price on Phu Quoc is rather reasonable, but in only a few years it might hit new heights of VND500-600 million ($22,000-26,000) per square metre like in Nha Trang at present. At some locations, land prices could be as expensive as the golden land plots in Hanoi and Ho Chi Minh City with costs of up to millions of VND per square metre as the island attempts to become the second Singapore in Asia.”

However, in order to turn a wild deserted island into a gold mine, leading real estate developers such as Sun Group, Vingroup, CEO Group, BIM Group, and BRG Group are among those that might work together with international hospitality groups such as IHG, Marriott, and Accor.

According to Ha, with the strategy to invest and operate in premier high-end real estate projects along the coast, after five years developers like Sun Group have transformed the southern part of Phu Quoc Island from a wild desert area into a luxury destination.

This has also helped attract a large number of tourists over the last few years. Even during the pandemic, Phu Quoc welcomed more than 3 million visitors last year. In the first two months of 2021, the island served 656,000 tourists and now plans to welcome 2 million “staycation” travellers this year.

Adding to the potential investment in the island real estate market, Ha evaluated that Vietnam is stepping into a golden development period, and so Phu Quoc could be an ideal choice for long-term investments. 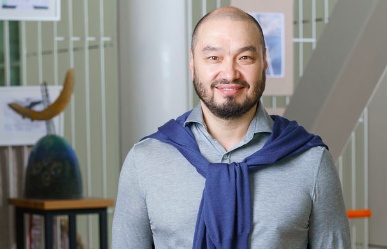