October 02, 2012 | 09:01
Tweet Email Print
Anti-Japanese protests in China could have a positive impact on Japanese investment inflows into Vietnam. 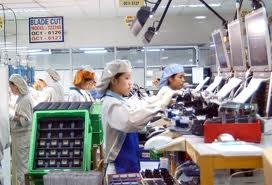 Murakami Daiken, chairman of Japan Business Association in Vietnam, told VIR Vietnam might see expanded investment flows from Japan. “We are concerned about the current serious situation between Japan and China. It is a fact that Japanese companies operating in Vietnam depend on parts supply or products from China,” he added.

Toyota and Nissan halted production at some plants, while Panasonic reported damage to its operations in China as protesters smashed store fronts and cars in demonstrations sparked by Japan’s purchase of islands claimed by both countries in September, according to Bloomberg.

Hirofumi Miyake, economic counselor from Japan’s embassy to Vietnam, said Japanese firms could increase investments in Vietnam instead of investing in China. Japan is now the fourth largest investing country in Vietnam in terms of committed capital, with $21.7 billion.

Since January 2012, Japanese investors committed to invest in 108 projects and expand investment in 28 existing projects with combined total investment capital of $851 million. Tadashi Okamura, chairman of Japan Chamber of Commerce and Industry, said  Japanese firms were still interested in Vietnam and he last week led a business delegation of 100 Japanese firms to Vietnam seeking investment opportunities. However, to attract more Japanese firms who want to relocate investment from China, Vietnam has its own challenges.

“To get new investment, Vietnam must win the competition among investment destinations,” said Daiken, who is general director of Showa Denko Rare-Earth Vietnam. “The Vietnamese government is needed to establish a better investment environment,” he added. According to the Jetro statistics, Japanese foreign direct investment to Indonesia and India this year to date were $3.611 billion and $2.326 billion respectively, both surpassing $1.859 billion to Vietnam.