June 10, 2019 | 16:46 (0) user say
Tweet Email Print
The Ho Chi Minh City People’s Court upheld a 17-year jail sentence for Phan Van Anh Vu, Chairman of the Board of Directors of the Bac Nam 79 Construction Company, on the charge of “abusing position and power while performing duties” during an appeal court on June 7.

Together with an eight-year imprisonment sentence pronounced by the Da Nang City People’s Court, Vu will have to spend a total of 25 years in jail.

The court also upheld life sentence for Tran Phuong Binh, former Director General, Vice Chairman of the Board of Directors and Chairman of the Credit Council of the Dong A Bank (DAB) for “abusing power to appropriate assets”, “intentionally violating regulations on economic management, causing serious consequences” and showing “lack of responsibility, causing serious consequences”.

Up to 14 out of the 18 appeal petitions were revoked.

Binh must compensate over 27,000 taels of gold and 1.9 trillion VND (82.6 million USD) to the DAB, apart from more than 52 billion VND in interest payment together with Vu.

According to the indictment, while operating the Bac Nam 79 Construction and Nova Bac Nam 79 Companies, Vu asked ministries, sectors, and local administrations to rent land to him as well as transfer to him the right to use land and property on land of public housing and land projects in prime positions in Da Nang city and Ho Chi Minh City, which was not in line with State regulations.

He then went on to make them his own properties or those of his relatives, transferred them, or put them under shared ownership with other people to earn illegal profits.

Vu was also an accomplice of Binh in appropriating 203 billion VND of the DAB.

Binh directed all activities of funding and investment at the DAB and abused his power to appropriate property, causing a loss of 3.6 trillion VND. 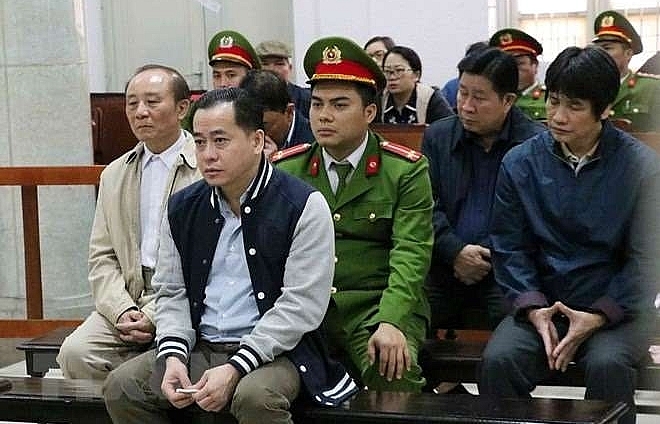