August 02, 2012 | 18:14
Tweet Email Print
Vietnamese enterprises and consumers are becoming more optimistic in future prospects than their regional peers, according to the latest survey of two international consulting firms. 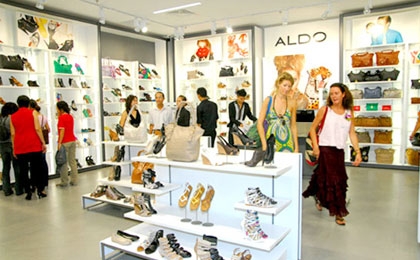 The International Business Report of Grant Thornton International has found that business confidence of Vietnamese firms has slightly recovered in the second quarter of 2012 after a fall in the previous quarter, and businesses are also expecting bullish sales in the next 12 months.

The IBR, a quarterly survey of over 3,000 business executives from around the world, was conducted in May and June 2012 at 250 companies in Southeast Asian Nations (ASEAN) with scales ranging from 20 to 599 employees.

In particular, Thai and Vietnamese firms shared the same view with 8 per cent of surveyed businesses saying they were optimistic about the future outlook.

Regionally, the Philippines are the most optimistic about their economy in the next 12 months, with 90 per cent of respondents saying they are optimistic, while Malaysian enterprises are quite pessimistic, with 0 per cent. The rate was 12 per cent in Singapore.

The report also showed that Vietnamese enterprises are the most upbeat on business results, with 86 per cent of the respondents expecting revenues to increase in the next 12 months, compared with a 51 per cent rate in other ASEAN countries.

Also, while firms in Singapore do not expect profits to rise in the next 12 months, with only 19 percent of respondents answering optimistically, up to 78 per cent of polled Vietnamese enterprises said they expect increased profits.

In addition, 28 per cent of ASEAN businesses said they planned to increase investment in research and development (R&D). Of these, 34 per cent of Thai businesses are planning to invest in R&D in the next 12 months, followed by Vietnam and the Philippines ,with 32 per cent and 30 per cent respectively.

However, financial costs for businesses are a major factor inhibiting growth of ASEAN businesses (32 per cent), led by Vietnam (50 per cent).

In Vietnam, the decline in global trade is a special concern of the businesses. The lack of orders and demand reduction were raised by 50 per cent of the respondents as the leading factors suppressing growth of their businesses.

Regionally, consumer confidence levels across Asia have continued to decline in the second quarter of 2012 with a score of 100, down three points from Q1 2012.

However, consumers in Asia remain more optimistic than many of their global counterparts, according to the latest quarterly Consumer Confidence Index findings from Nielsen.

Confidence levels declined in many markets across Asia, with just five markets, including Indonesia, Malaysia, Hong Kong, Vietnam and South Korea, recording an increase in confidence levels for the quarter.

Malaysia posted the strongest gain in Asia, up four points compared to Q1 2012. Japan and South Korea recorded the lowest levels of confidence in Asia, with scores of 57 and 50 respectively.

Nielsen’s survey also revealed that up to 86 per cent of Vietnamese respondents have adjusted spending to save on household expenses compared to last year, mostly in gas and electricity (70 per cent), out-of-home entertainment (63 per cent), new clothes (63 per cent), upgrading technology (53 per cent) and telephone expenses (51 per cent).

According to Nielsen’s survey, 58 percent of Asian consumers felt their local job prospects in the next 12 months were good or excellent, down three percentage points from the previous quarter.

One in two Vietnamese respondents (51 per cent) reported their state of personal finance as good or excellent over the next 12 months, slightly increasing from 49 per cent in Q1 2012, but still lower than a year ago (56 per cent).