January 04, 2013 | 15:01
Tweet Email Print
US auto sales jumped 13.4 percent in 2012 to their best performance since the crash of 2008, as better economic times, hot new models and the need to replace aging vehicles drew consumers to showrooms. 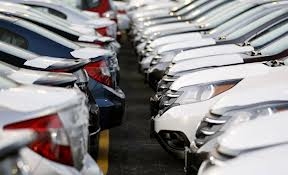 It was the biggest yearly gain since 1984.

Toyota, Honda and Chrysler outpaced their rivals with sales gains that blew past 20 percent while Ford and General Motors posted modest growth Thursday that led their market share to shrink significantly.

Ford forecast that 2013 sales would rise to between 15 and 16 million vehicles in the United States while global sales will come in between 80 and 85 million.

"Overall, we expect global sales to grow this year, supported by an ongoing recovery in the US as well as improving sales in China," said Ford economist Ellen Hughes-Cromwick.

"Gains in these markets are offset somewhat by the weakness in the European markets."

GM forecast somewhat more modest growth of 15 to 15.5 million in the coming year.

"GM's strong finish in 2012, the industry's momentum and the overall health of the US economy make us optimistic about 2013," GM sales chief Kurt McNeil said.

GM's sales grew four percent in 2012 to 2.6 million vehicles after it posted its best December in five years with deliveries up five percent year over year to 245,733.

The sluggish growth pushed GM's share of the US market to the lowest level in decades -- just 17.9 percent compared with 19.6 in 2011. GM sold one in every four cars in the United States as recently as 2005 and one in every three cars in 1993.

"But we're not going to give it away like we did in the past, and burn the residuals and the brand values in anticipation of the biggest product portfolio launch that we've had in history."

Toyota and Honda saw sales climb sharply as they recovered from the devastating Japanese tsunami, which smashed their supplies in 2011, and lured customers with new and updated offerings.

Its market share rose 1.5 points to 14.4 percent in 2012, placing the Japanese giant solidly in third place.

"As we move into 2013 and the market sees continued growth, we expect to outperform the industry once again with another nine product launches on the horizon," said Jim Lentz, chief of Toyota Motor Sales USA.

"We ended 2012 with multiple product awards, a host of sales records, Honda's second best December ever, and tremendous momentum as we head into 2013."

Ford reported its best December sales since 2006, though they grew just two percent from the same month a year earlier to 214,222 vehicles.

The number two US automaker's 2012 sales rose five percent from 2011 to nearly 2.3 million vehicles on the strength of the Ford brand, which was the only nameplate to top 2 million in annual US sales.

However, its market share fell nearly a point to 15.5 percent.

"We are looking forward to a great 2013 as we begin this year with the product and capacity in place to expand our share," said Ken Czubay, head of Ford sales.

Chrysler -- which has posted nearly three years of consecutive sales gains -- saw its sales jump 21 percent to nearly 1.7 million vehicles in 2012 while its share climbed half a point to 11.1 percent.

The third largest US automaker's December sales grew by a more modest 10 percent from a year earlier, to 152,367 vehicles, but nonetheless marked Chrysler's best December since 2007.

Volkswagen -- which sees strong growth in the US market as key to its attempt at gaining the global sales crown -- also celebrated strong gains.

The German automaker's sales jumped 35 percent to 438,133 vehicles in 2012 after it posted its best December since 1970 with sales up 35 percent. Its share grew half a point to three percent, according to Autodata.

Nissan's share shrank slightly to 7.9 percent as its sales grew by 10 percent to just over a million vehicles.