November 18, 2022 | 16:00 (0) user say
Tweet Email Print
TH Group is intensifying its presence in China with its high-quality milk products, contributing to enhancement of the Vietnamese brand.

On November 5-10, TH Group participated in the annual China International Import Expo (CIIE) in Shanghai, helping to highlighting the status of TH in the neighbouring country, which is the world’s second-largest milk market.

The event saw participation of over 2,900 businesses from 127 countries and territories around the world, and welcomed as many as 480,000 visitors to conduct trade activities. Over 280 of the businesses involved are listed in the Fortune Global 500, an annual ranking of the top 500 corporations worldwide by revenue.

In his speech at the expo, Chinese Party General Secretary and State President Xi Jinping said the nation will pursue a win-win strategy when opening up its economy following a roadmap of economic globalisation. China will coordinate with all countries and stakeholders to share opportunities in its vast market.

CIIE 2022 marked an opportunity for TH Group to reaffirm the brand position of the Vietnamese dairy industry on the global map of fresh milk and beverage supply, thereby creating a solid supply chain with major partners and international consumers in this industry. The group showcased a wide range of products such as TH true MILK, TH true NUT milk, TH true JUICE, and TH true TEA.

“Through CIIE, TH Group wishes to find potential partners and customers, and continue to develop and promote TH Group’s products in the Chinese market, bringing products for public health and of international quality, and bringing the pride of the Vietnamese brand to the wider world,” said a representative of TH Group.

For a few years, TH Group’s products have been present and won the confidence of consumers in the most demanding markets such as the US, Europe, Japan, South Korea, and China, which all have strict dairy import regulations.

Appearing in the Chinese market in 2016, TH’s fresh dairy products have received special attention from consumers. They have been assessed by Chinese importers as having the same quality as those imported from European and American countries sold in this market.

TH Group’s products attracted special attention when participating in the first CIIE in 2018. At the time, the prime minister of Vietnam and Chinese president visited Vietnamese stalls showcasing world-standard and clean agricultural products produced on Vietnamese soil. The Chinese leader held in his hand a 1-litre box of TH true MILK pasteurised fresh milk produced by TH Group and looked it over carefully.

The following year, TH became the first Vietnamese dairy company to be granted a transaction code by Chinese customs, allowing the official export of products made from fresh milk to this market. Other products, such as TH true YOGURT, had already been officially exported to China since 2017.

The announcement of official export to China was assessed by former Minister of Agriculture and Rural Development Nguyen Xuan Cuong as “an event marking an important milestone in the quality of Vietnamese agricultural products”. TH Group has continued to attend the annual CIIE exhibition each year, along with implementing methodical trade promotion activities.

The TH Group representative said that it has developed different sales channels on e-commerce platforms such as T-Mall and Alibaba, which are connected with a huge network of partners all over China. Direct sales channels at wholesale markets and famous supermarket chains in China, as well as in Beijing, Shanghai, and the provinces of Jiangsu and Guangzhou, are also strongly deployed. 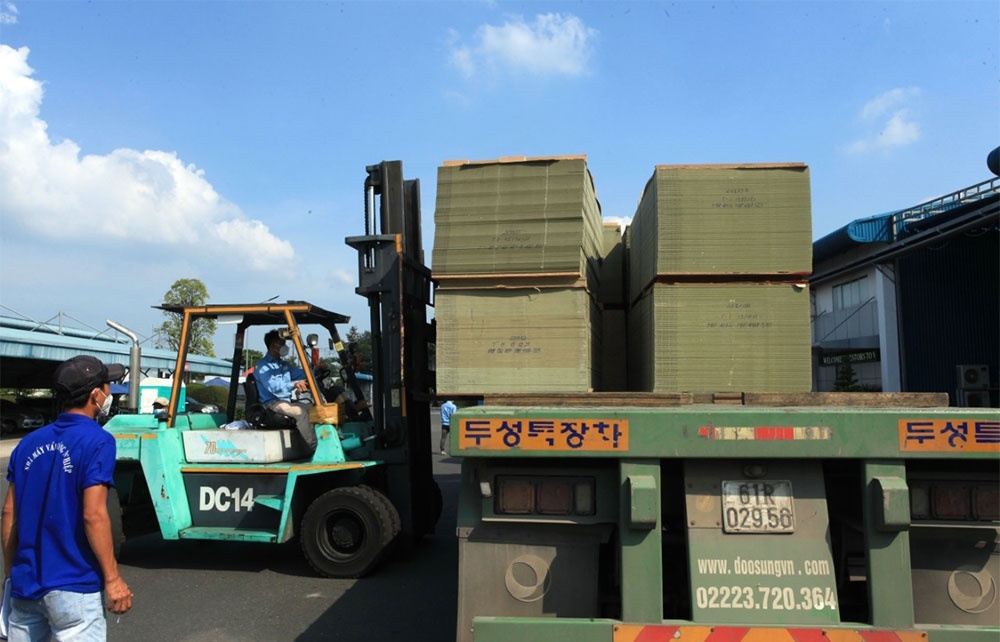