August 27, 2020 | 08:00 (0) user say
Tweet Email Print
With investors from South Korea investing heavily in the high-tech industry as well as commercial and financial projects aligned with the new development direction of Quang Ninh, the north-eastern province is paying growing regard to spurring investment flows from the East Asian country.

To help South Koreans become well-informed about the business environment and other benefits in Quang Ninh province, an investment promotion conference is to be held on August 28. The aim of the event is to raise awareness and interest from investors who are looking to pour money into electronics part manufacturing, and clean and high-tech industries, especially from investors operating in seaport services in the province.

According to reports from Quang Ninh Economic Zones Management Authority, land reserves for industries in the province are plentiful, and enough to sustain the demand of investors who need big land banks. Several industrial zones (IZs) are also deemed to be suitable for South Korean investors, such as at Viet Hung, Quang Yen, and Van Don.

According to Quang Ninh Investment Promotion Agency (IPA Quang Ninh), by the end of 2019, the province hailed 11 projects from South Korea with total investment volume at a modest level of $65 million.

The initiatives are mostly focused on manufacturing, agriculture, catering, wholesaling, media, and education, with most located in regions with convenient transport connections such as Halong Bay with seven projects, and Cam Pha, Quang Yen, Dong Trieu, and Mong Cai with one apiece.

Besides that, five other ventures are owned by Quang Ninh People’s Committee. Two of which are backed by official development assistance (ODA), and the rest financed by non-refundable aid from the Asian Development Bank, the Japan International Cooperation Agency, the World Bank, and the governments of India and South Korea. The most notable project among them is the Vietnam-South Korea Trade School 1, backed by ODA from South Korea. Since 2016 the school has attracted more than 2,000 students majoring in metal cutting, automotive technology, mining technologies, and more.

Vu Thi Kim Chi, vice director of IPA Quang Ninh, stated that since 2012 the province has welcomed 44 groups of investors from South Korea showing interest in tourism, real estate, and commerce. However, in that time the province has faced numerous difficulties with transportation facilities, leading to limited success with attracting investors. Major groups such as Lotte and Hundai E&C, however, have recently expressed more interest in the province.

According to statistics from the Ministry of Planning and Investment, South Korea was the biggest foreign investor in Vietnam last year, with total investment touching $67 billion, but only a small portion of that came to Quang Ninh. The general figures demonstrate that the province has much room for improvement in order to secure interest from South Korean investors in particular.

Transport connections to Quang Ninh have been improving over recent times, with direct highways heading Hanoi and Haiphong and extending to the border with China. The province also has deepwater seaports, international airports, dedicated cruise ports, and more besides, which are all helping to improve Quang Ninh’s image as an attractive investment beneficiary. By investing in Quang Ninh, South Korean businesses have the chance to approach a large market. Within five hours of flying, goods from the province can make their way to several international markets with potentially a total of three billion consumers, whose GDP totals about $22 trillion, or approaching China’s market of nearly 1.4 billion people.

In recent years, Quang Ninh has seen its growth rate of over 10 per cent annually, significantly higher than other regions in Vietnam, while the average annual income was $6,100 in 2019. Furthermore, around 14 million tourists have been visiting Quang Ninh on an annual basis up to last year. The purchasing power and the market in Quang Ninh are therefore sizeable. By investing in the province, businesses could have access to top-class services such as Vinmec hospitals, KinderWorld Singapore International School, and Halong Bay and its surrounding hotels, resorts, and theme parks.

Another important factor is the determination and commitment of the local authority for businesses and investors. The rankings of Quang Ninh’s Provincial Competitiveness Index and Public Administration Reform Index both remain high nationally.

In addition, Quang Ninh’s policies regarding foreign investment also heavily benefit investors from South Korea. The province placed its focus in the fields of manufacturing, electronics, real estate, civil engineering, logistics, commerce, and finance, which are the fields generally attractive to South Korean investors. That country is also an important tourist destination for Quang Ninh and Vietnam in general. 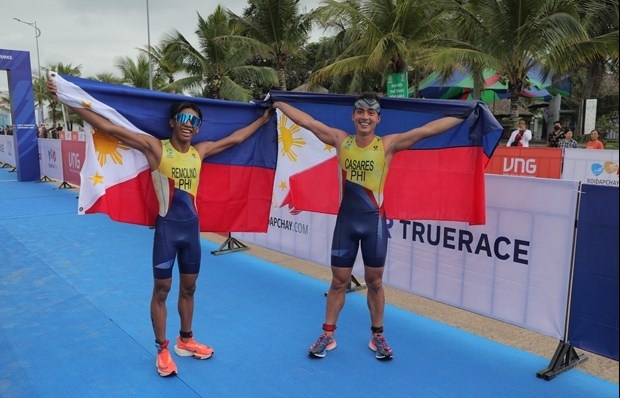