Reina had made a nightmare start as he deputised for Gianluigi Donnarumma who pulled out sick before kick-off.

But Theo Hernandez pulled Milan level after 51 minutes and Franck Kessie added a second from the spot six minutes later, before Reina kept out a Schone penalty four minutes into injury time.

Marco Giampaolo's Milan future had been hanging in the balance after the former European giants hit an 81-year low with just two wins in their opening six games.

Tensions were high in Genoa, where the hosts are also in difficulty, with two red cards also handed out to players on the bench.

The three points ensured Milan avoided a fourth consecutive defeat and moved them up five places to 11th position after seven games.

"The pressure was great and we were drowning in the first half," said Giampaolo.

"I asked that they play the best game of their lives and they gave it everything.

"I wanted the team to come out head-on after the break, without bleeding in front of the sharks."

Reina did well to deny Lukas Lerager early, before his blunder which allowed former Ajax midfielder Schone to score his first Genoa goal.

Giampaolo made a double substitution after the break with Lucas Paqueta and Rafael Leao both coming off the bench.

And the changes paid off with Paqueta setting up Hernandez who made a break down the left to equalise after 51 minutes.

Kessie scored the winner from the spot after defender Davide Biraschi received his marching orders for handling in the area to deny Leao.

Milan also went a man down when Davide Calabria picked up a second yellow card on 79 minutes, setting up a dramatic finale in which Reina atoned for his earlier mistake.

"I'm quite cool-headed in these situations," said Giampaolo.

"I was unconvinced there was a foul, but Reina has so much personality that I had faith in him, that he redeemed himself by parrying the penalty."

Centre-back Marash Kumbulla headed in after nine minutes with Nicola Murru nodding into his own net to give mid-table Verona just their second win this season.

Sampdoria president Massimo Ferrero said the club would now meet to see what course to take.

"We're stunned, the performance today was clear for everyone to see," said Ferrero.

"Tomorrow we'll see if we can find a solution, what is best for Sampdoria.

"There's still a bit of Marco Giampaolo in this team and not enough Di Francesco."

Giampaolo guided Sampdoria to a ninth-place finish last season before moving to Milan.

Gabriel Strefezza set up Petagna before being sent off on 70 minutes for a second yellow card.

Antonio Conte's Inter Milan will play his former club Juventus in this weekend's top-of-the-table clash at the San Siro on Sunday.

Inter have won all six matches this term and hold a two-point lead over the defending champions. 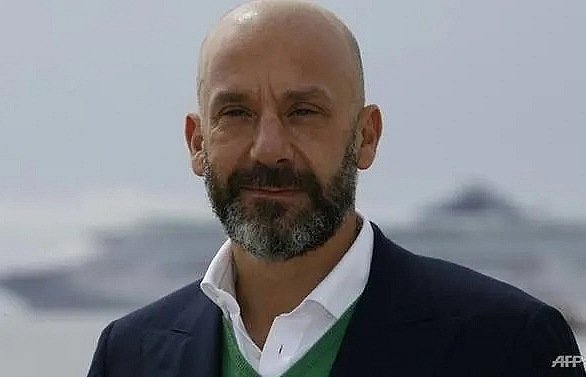