August 10, 2022 | 15:14 (0) user say
Tweet Email Print
A number of Vietnamese outbound travel companies have already been affected by the decision of some European nations to not recognise Vietnam’s new passports.

The Czech Republic last week joined Germany and Spain in denying new visas related to Vietnam’s new passport, with all three citing a lack of birthplace information. They said the new passport model does not meet the technical standards of International Civil Aviation Organization (ICAO) parameters.

“The Czech Republic agrees with other member states of the EU and will stop recognising the new passports. The decision is effective from this moment,” said a notice posted on the website of the Czech Embassy in Vietnam on August 2.

The moves have damaged the plans of some travellers who had already booked tours with specialised travel agents.

Nguyen Van Tai, director of Vietsense Travel, told VIR that the company has cancelled the tours of five customers who bought tickets to visit Eastern Europe in September.

“The company has been heavily affected, losing hundreds of millions of VND (equivalent to tens of thousands of US dollars) because we completed the booking of air tickets, hotels, and restaurants for customers heading to Europe,” Tai explained.

He said that Germany, followed by France, is the most popular option for Vietnamese tourists when applying for a visa because of easier procedures and their location on the European continent.

“Tourism agents are most worried that the German government’s decision could have a domino effect, leading to other countries in the Schengen area to impose similar restrictions on the new Vietnamese passports,” Tai said.

Similar groups in this country such as Vietravel and Vietfoot Travel are also worried. Vietfoot Travel, a company with 15 years of experience in tourism, had been organising a European tour for a number of business delegations, but the trip has been postponed indefinitely.

“Our customers are very upset. They went to the Immigration Department under the Ministry of Public Security (MPS) to work and were told that there had been no instructions from management agencies. This means their work will be seriously affected,” said Pham Duy Nghia, general director of Vietfoot Travel.

Before waiting for instructions from state management agencies, many businesses have proactively offered temporary solutions for tourists. Instead of cancelling tours, businesses are advising tourists to temporarily adjust schedules in order to avoid entering Germany, Spain, and the Czech Republic. They are also assisting travellers wishing to change their itinerary to a more suitable destination without the hassle of a new passport.

Nguyen Nguyet Van Khanh, deputy director of Vietravel’s Marketing Department, said that European tour schedules will still depart according to schedule and, so far, Switzerland and France are the top destinations included in their tour itineraries.

Vietravel, which is 27 years old, has been exploiting 30 European tourist routes departing from Hanoi and Ho Chi Minh City since the summer season began. “The number of visitors registering for European tours at Vietravel is constantly increasing, especially for trips at the end of the year,” Khanh said.

Although the visa has been refused by three countries, the Immigration Department insists the new passport has been issued in accordance with Vietnamese law and meets ICAO standards, so it will still be issued and renewed normally.

At a government press conference on August 3, Lieutenant General To An Xo, chief of Office at the MPS, noted that the ministry and the Ministry of Foreign Affairs are coordinating with partners and relevant ministries to handle technical issues. In the long run, a place of birth annotation will be added to the identity section of the new passport.

“The short-term solution is that the MPS will add the place of birth in the passport’s appendix. If necessary, holders of the new passport version can come to the Immigration Department or Vietnam’s overseas representative agencies to add their places of birth in the appendix,” Xo said.

Currently, the Vietnamese embassies in Germany and the Czech Republic have also proposed a solution to facilitate Vietnamese citizens in these two countries to obtain residence permits and administrative procedures with the local authorities.

The Vietnamese Embassy to the Czech Republic on August 2 announced it will issue new passports adding an annotation on the place of birth on page 4 of the new passport. Previously, the Embassy of Vietnam to Germany announced that it is ready to issue a confirmation in German about the place of birth for Vietnamese citizens using new-style passports, in case they need it to present to German authorities.

Some outbound businesses are nevertheless upset at what they perceive to be slow or inadequate answers. “The company has found a solution that works for the current period, but it’s just a temporary solution that we never want to apply in the long term. Businesses cannot do business in this condition without a transparent and clear way out,” said Nghia from Vietfoot Travel. 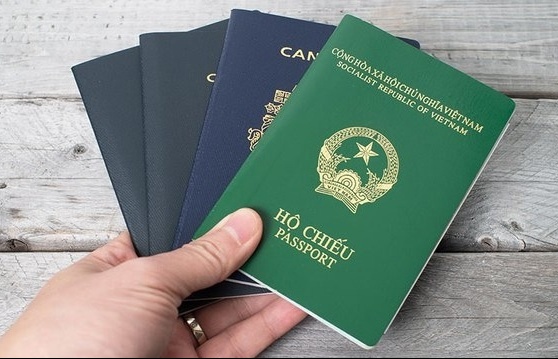