October 14, 2020 | 10:53
Tweet Email Print
Neymar scored a hat-trick to become the second highest scorer in Brazil's history as the Copa America champions won 4-2 away to 10-man Peru in a World Cup qualifier on Tuesday.

The goals took Neymar to 64 international strikes, two more than Ronaldo but still well behind Pele's record of 77.

Elsewhere, Joaquin Correa scored the winner 11 minutes from time as Argentina labored to a 2-1 victory over Bolivia to maintain their 100% record after two matches.

Peru twice took the lead through Andre Carrillo and a heavily deflected strike from Renato Tapia, but two controversial Neymar penalties, an injury time third and a close range strike from Richarlison maintained the Selecao's winning start to qualifying for Qatar 2022.

Carrillo opened the scoring on six minutes with a dipping volley from 20 yards after latching onto Marquinhos's weak clearance.

Brazil dominated the ball but Peru's pacey forwards looked dangerous on the counter-attack and visiting goalkeeper Weverton had to be alert to keep out a shot from Christofer Gonzales.

But Neymar sent Gallese the wrong way from the spot after Yoshimar Yotun was penalised for tugging his shirt in the box.

Out of nowhere, Tapia's speculative long-range strike took a wicked deflection off Rodrigo Caio and wrong-footed Weverton on 59 minutes.

The lead lasted only a few minutes before Richarlison touched a Firmino header from a corner over the line to restore parity.

The winner came seven minutes from time as Carlos Zambrano was harshly adjudged to have fouled Neymar.

Worse was still to come for Zambrano as he was sent off minutes later for a stray elbow that caught Richarlison and Neymar drilled home the final nail in Peru's coffin after Gallese spilled a shot from Everton Ribeiro.

Marcelo Moreno Martins had given hosts Bolivia a deserved lead but Argentina scored a fortuitous equaliser through Lautaro Martinez.

Bolivia should have been ahead on six minutes when Argentina goalkeeper Franco Armani was caught off his line but Moreno Martins sent his header from an angle onto the roof of the net.

Moreno Martins made amends on 24 minutes as he rose between Argentina's center-backs to power home a header from eight yards after Alejandro Chumacero was allowed to run from halfway into the visitors' box before crossing from the left.

Argentina's equaliser came in comical fashion as Jose Carrasco tried to clear the ball out of his six yard box after cutting out Martinez's cross, but he shanked the ball off the forward's shin and past goalkeeper Carlos Lampe.

Lionel Messi, who had an otherwise quiet game, and Martinez then combined to tee up Correa to thrash home the winner.

Ecuador totally dominated Uruguay in a 4-2 victory in Quito.

They took the lead on 15 minutes as Moises Caicedo flicked home a header from an Angel Mena cross.

Both sides had a goal ruled out following a VAR review before Michael Estrada doubled the advantage on the stroke of half-time, rifling home from inside the box after a mistake by veteran Uruguay center-back Diego Godin.

Uruguay were denied again by VAR before Ecuador went straight up the other end where Estrada cracked home Valencia's backheel from 20 yards.

Ecuador's final goal was a work of art as Alan Franco's reverse pass bemused Uruguay's defence and Gonzalo Plata rolled his foot over the ball to commit both sliding defender Ronald Araujo and goalkeeper Martin Campana before stroking the ball into the far corner.

Luis Suarez scored his record-extending 61st and 62nd goals for Uruguay with a pair of late penalties that were no more than a consolation.

Radamel Falcao scored an injury time equaliser as Colombia salvaged a point in a 2-2 draw in Chile.

Jefferson Lerma gave Colombia an early lead but Chile turned the match in Quito around by half-time with strikes from Arturo Vidal and Alexis Sanchez. 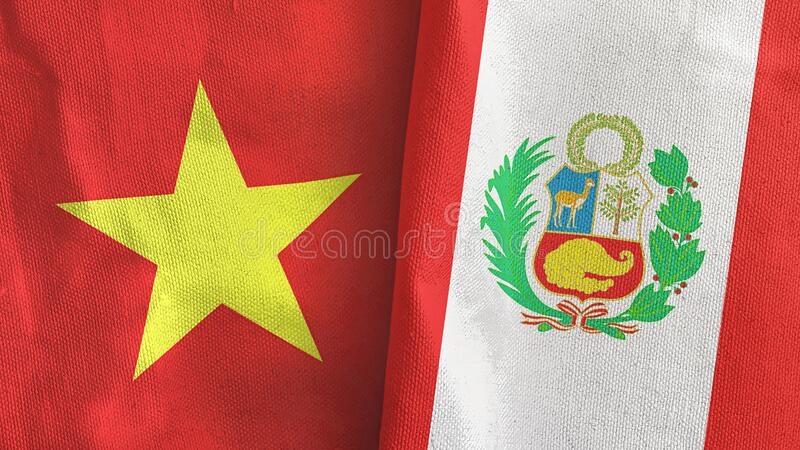 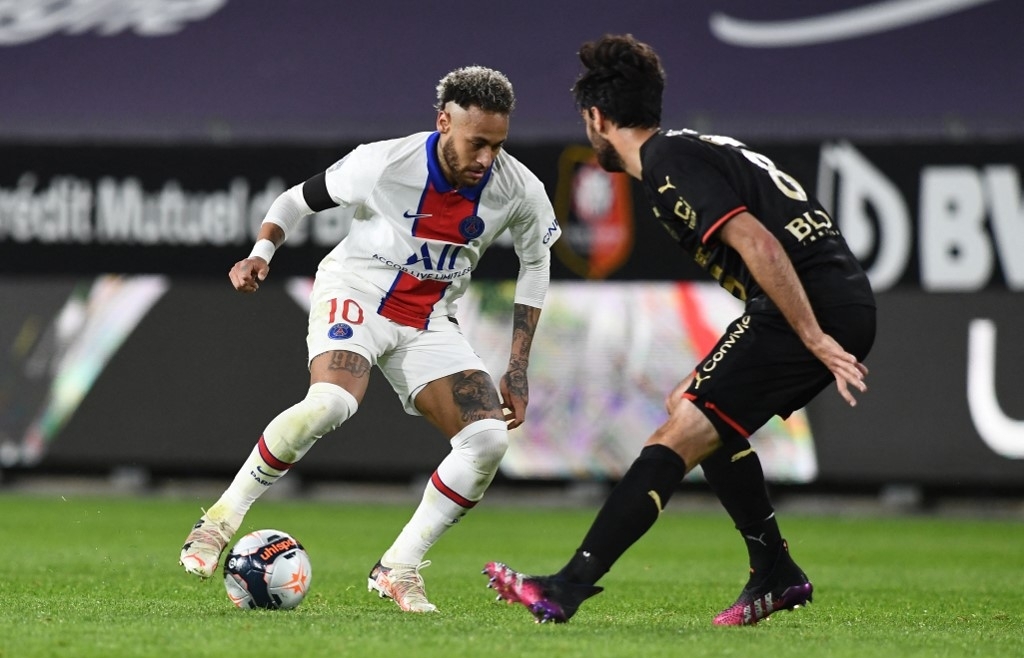 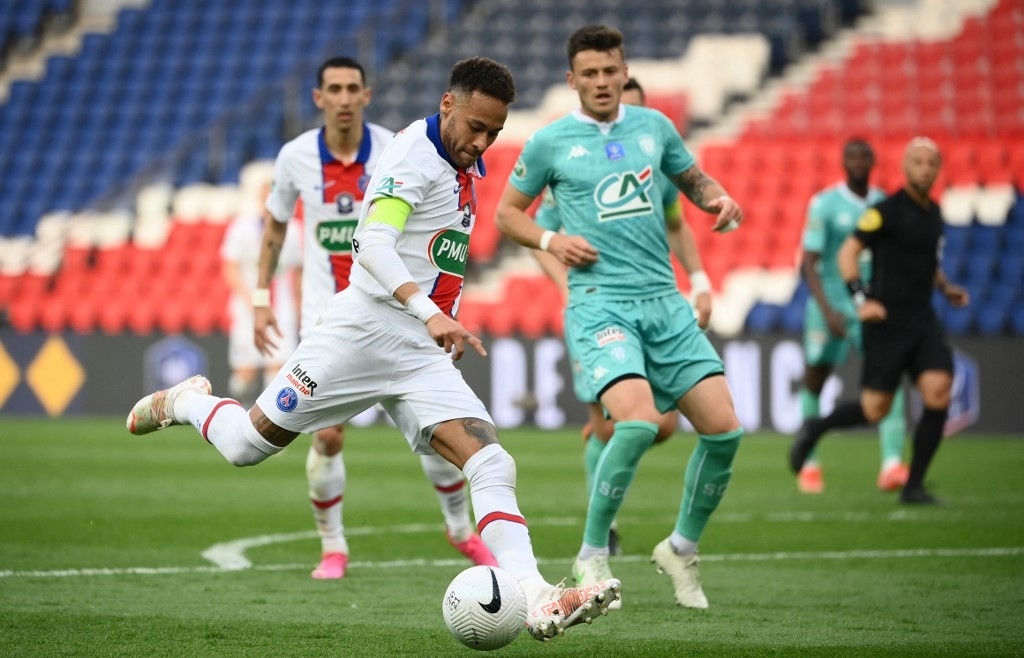 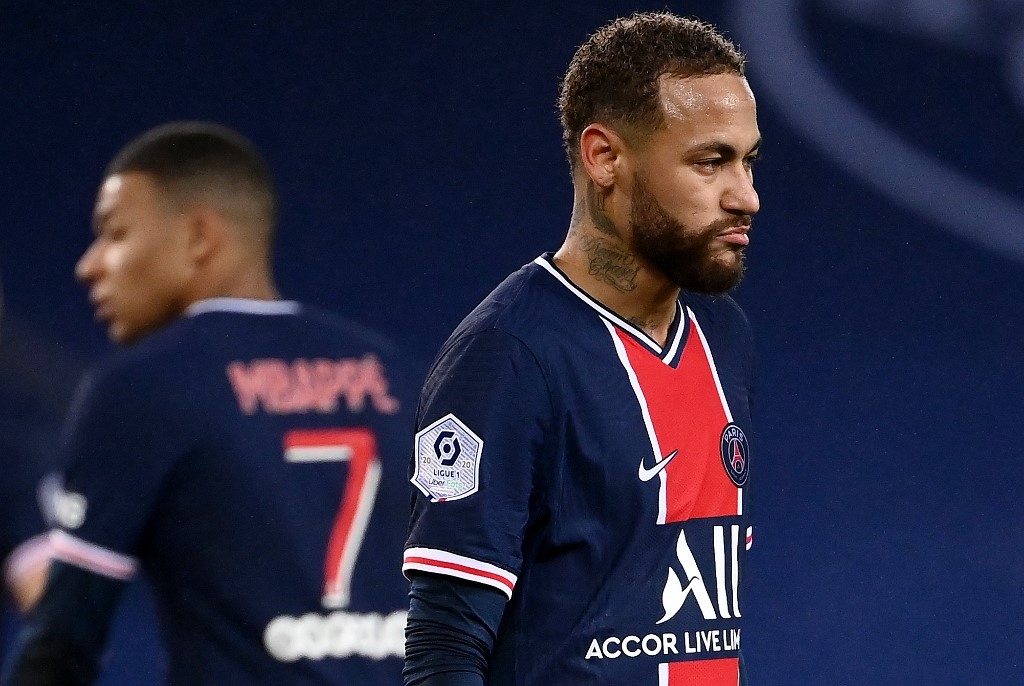