August 27, 2022 | 14:28 (0) user say
Tweet Email Print
With a promising outlook in the post-pandemic era, international aircraft manufacturers are seeking to expand their partnerships in Vietnam’s burgeoning aviation market to tap into its growing demand for aircraft and related tech, as well as to expand their supply chain.

US giant Boeing will host the its Aerospace Industry Forum in Hanoi on August 25 to discuss its supply chain development plan, aerospace manufacturing in Vietnam, and the group’s future strategies.

The move is being made with the local aviation sector recovering well, which in turn is expected to require more aircraft and growing aerospace manufacturing in the months to come. This is intensified by recent visits by senior leaders of Boeing to Vietnam, including Michael Arthur, senior vice president of Boeing and president of Boeing International in June.

According to Arthur, Boeing has identified Vietnam as an important market for its further expansion. “Boeing is determined to be a bigger part of the story in Vietnam, which is why I have come here and why we have opened an office here,” he said during the visit.

Boeing has suppliers from businesses in Vietnam that works with it directly and indirectly through partners in Japan and South Korea, among others. “So, on every new Boeing aircraft, there is a piece of Vietnam. We would like that piece to be bigger, and that’s the purpose of expanding our operation in the country,” Arthur added.

Boeing is interested in helping Vietnam develop the aviation ecosystem as this sector is set to develop quickly in future, as well as in digital transformation and sustainable development. It also wants to expand its facilities in Vietnam and is looking to find opportunities to cooperate. Boeing also plans to open maintenance and warranty facilities in Vietnam and develop long-term partnerships.

To this end, Boeing is facilitating new aeroplane leases, sourcing parts from companies based in Vietnam, and working with the Civil Aviation Administration of Vietnam (CAAV) and the country’s airlines to provide on-the-job training as well as helping Vietnam meet International Civil Aviation Organization standards.

As part of the strategy, in June, Boeing worked with Vietnam Air Traffic Management Corporation to strengthen cooperation with Vietnam in air traffic management.

Like Boeing, Airbus is expanding its footprint in Vietnam. This ambition was shown by the demonstration tour of the new Airbus A220 in Hanoi in May, making the Southeast Asian country one of the first destinations in the journey.

In Vietnam, Airbus has a presence in the airline market with Bamboo Airways, Pacific Airways, Vietnam Airlines, and Vietravel operating the A320 family, and Vietjet and Vietnam Airlines operating the A330 and A350. Its industrial cooperation programmes create jobs for more than 1,500 skilled workers in the country, making Vietnam an important industrial partner in Southeast Asia.

Moves like these are reflecting the global trend of diversifying partnerships as a focus in many industries and sectors, including aviation, to increase efficiency in targeted nations.

Prof. Dang Dinh Dao, former head of the Institute for Economics and Development Studies at the National Economics University, said, “It is easy to understand why private investors and businesses are interested in airport infrastructure and logistics in Vietnam because it offers much promise for growth in the future.”

With airlines often leading in infrastructure development, this provides opportunities for Boeing, Airbus, and other international manufacturers to access the infrastructure to support them, thus driving their business growth in the country.

Vietnam is planning to build 6-7 new airports by 2030, according to a plan recently submitted to the government by the Ministry of Transport, thus increasing its airports to 28 by 2030 with a total capacity of 278 million passengers per year. The country is working on a scheme to attract private investment in airport projects such as these.

Air carriers in Vietnam expect to develop their aircraft to better serve rising travel demands. Bamboo Airways is operating about 60 domestic air routes and 12 international ones, and plans to increase flight frequency and expand its fleet and international network. The airline is expecting to introduce the A321Neo and Boeing 787-9 Dreamliner in this quarter.

Meanwhile, budget carrier Vietjet in July signed an agreement with Boeing to reaffirm a previously announced order for 200 737 MAX aircraft after an interruption, because of the 737 Max’s suspension and the impacts of the pandemic on Boeing’s global supply chain.

As part of the deal, Boeing will support Vietjet with technical services, training, technology transfer, and research and development to ensure lasting and sustainable growth with the highest levels of efficiency, reliability, and affordability.

Air carriers are increasingly heading towards digital transformation. For instance, national flag carrier Vietnam Airlines has been focusing on upgrading its technical infrastructure, e-commerce website, and mobile app, while moving many activities into the digital environment to increase operational efficiency.

Vietjet is bringing many services to the digital environment such as AI, robotics, and tech-based courier Swift247.

The CAAV forecast the number of air passengers in Vietnam could reach 87.8 million this year, an increase of 190 per cent against 2021, with the number projected to reach 275.9 million by 2030.

Tran Tho Dat, member of the Prime Minister’s Economic Advisory Group said, “The recovery of tourism has been creating favourable conditions for Vietnam’s aviation, thus enabling airlines to not miss the recovery path amid competition among regional and global rivals.” 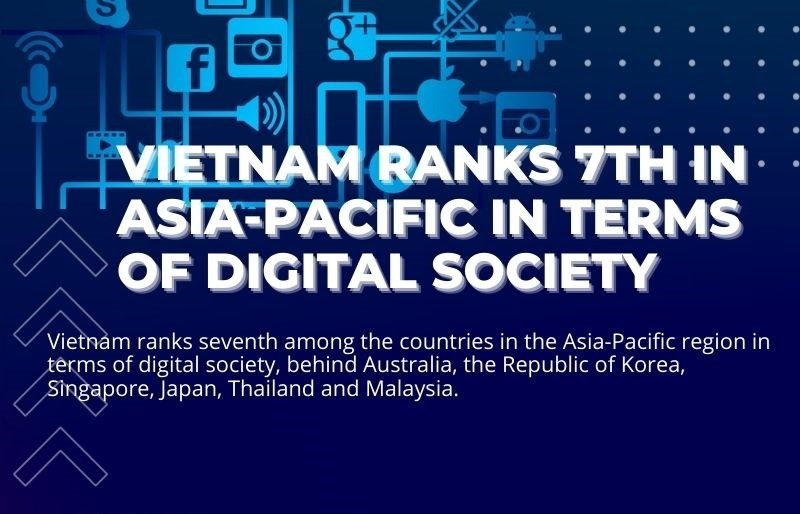