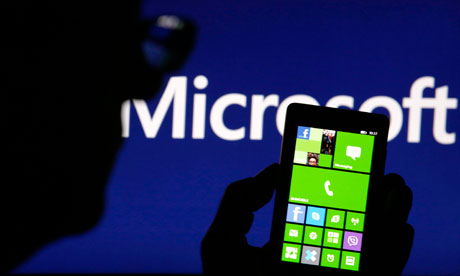 According to a report by the Bac Ninh Department of Taxation, Microsoft Mobile Vietnam recently stumped up VND191 billion ($9 million), including corporate income tax (CIT) arrears of VND186 billion ($8.7 million) and a late payment fee of VND5 billion ($234,000) incurred in 2013 and 2014.

Nokia Vietnam, now Microsoft Mobile Vietnam, would receive a tax incentive of zero per cent CIT in the first four years of operation (2013-2016), a 50 per cent decrease in CIT in the next nine years, and a fixed 10 per cent CIT rate in the first 15 years of operation, if it received the Ministry of Science and Technology (MoST)’s certificate given to hi-tech companies or projects.

The Bac Ninh Department of Taxation stated that Microsoft Mobile Vietnam had paid the tax because it did not receive the certificate and was not eligible for the zero per cent CIT tax policy. The department said it would repay the sum once the company is certified.

The truth of the matter is different, however. Before Microsoft took over the Nokia Bac Ninh factory at the beginning of 2015, the Ministry of Planning and Investment (MPI) requested Nokia Vietnam to submit reports on its performance of the nine terms agreed upon with the Vietnamese government before investing in Vietnam. The terms were about price transfer, selling on the domestic market, the local content in its products.

According to a source, instead of submitting the required reports, in April 2015 Microsoft Mobile Vietnam sent a document to the MPI saying that it would like to stop pursuing CIT incentives for the plant. The company argued that certain strategies that Nokia Vietnam designed for the plant were no longer applicable due to the change in ownership, so Microsoft Mobile Vietnam would like to receive the same incentives at a “more appropriate point in time”.