Hanoi - The cost of the first phase of Long Thanh International Airport has been cut by 2.4 trillion VND (103.5 million USD) by the State Appraisal Council.

After appraising the feasibility study, the council said the cost of the airport in the southern province of Dong Nai should be 109.2 trillion VND (4.7 billion USD), 2.2 percent less than the estimate made by the Airports Corporation of Vietnam, the developer, due to lower construction and management costs.

According to the council, the report is ready for submission to Prime Minister Nguyen Xuan Phuc for final approval.

The ACV had submitted a proposal for 111.6 trillion VND (4.8 billion USD) to the Ministry of Transport earlier.

The cost concerned several lawmakers, who said it is very high compared to similar projects in other countries.

But the ACV has said it is similar to the cost of Beijing Daxing International Airport in China and Istanbul Airport in Turkey.

The Long Thanh International Airport, a key national project, was approved by the National Assembly in 2015.

In the first phase, a runway and passenger terminal each along with other supporting works will be built to handle 25 million passengers and 1.2 million tonnes of cargo each year. It is expected to be completed by 2025.

But the council said it would be very difficult to meet the Ministry of Transport’s completion deadline for the first phase by 2025, adding the complexity of the work could delay the process of awarding consultancy and construction contracts.

In addition, experts have warned, a delay in land acquisition could delay progress.

It is scheduled for the province to hand over an area of 1,800ha by the end of this month and the entire land by the second quarter of 2021, according to its People’s Committee.

The Government has repeatedly told the province to speed up land acquisition and compensation payment to ensure the project remains on schedule.

Once fully operational, the airport is expected to reduce the load on HCM City’s Tan Son Nhat International Airport.

Some 4,800 households and 26 organisations are expected to be relocated to make way for it.

In the second phase, a runway and passenger terminal each will be built to serve around 50 million passengers and 1.5 million tonnes of cargo a year.

After the third phase, the airport will be able to serve 100 million passengers and five million tonnes of cargo. 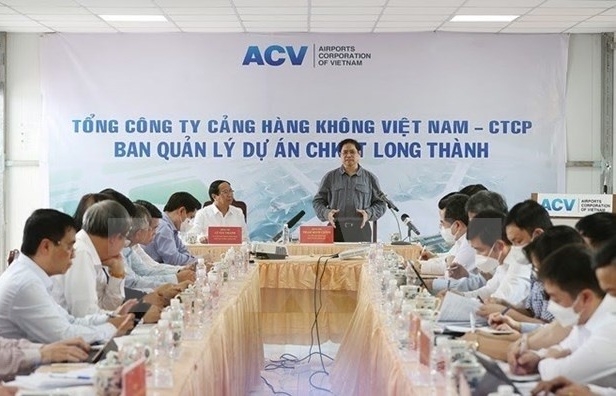