As heard at a press conference held in the central province of Thua Thien – Hue on May 3, the event attracted over 600 reporters from about 100 domestic news agencies and 12 foreign journalists, who produced more than 6,000 news items and articles on the festival.

The Hue Festival 2018 featured enticing art shows depicting different cultures of Vietnam and other regions all over the world, said Nguyen Dung, Vice Chairman of the provincial People’s Committee and head of the festival organising board.

The six-day event offered stages for close to 1,400 performers representing 25 countries and territories including Vietnam. Audiences were treated to 80 stage shows and nearly 50 community activities.

Aiming to celebrate 712 years since the founding of Thuan Hoa - Phu Xuan, which is Hue today, the festival was themed ‘Cultural Heritage with Integration and Development: Hue - One Destination, Five World Heritages’.

“Van hien kinh ky”, a highlight of the festival, was an art show which combined a variety of elements: dance, chorus, animation, poem reciting and music. The 90-minute show featured all cultural values of Hue through heritage elements.

Meanwhile, a show, titled “Am vong Song Huong” (Resonance of Perfume River), involved hundreds of professional and amateur actors and actresses, depicting the life cycle of people living on the rivers from their marriage, giving birth and raising children to passing down their occupation from generation to generation in a joint effort to preserve Hue cultural values. 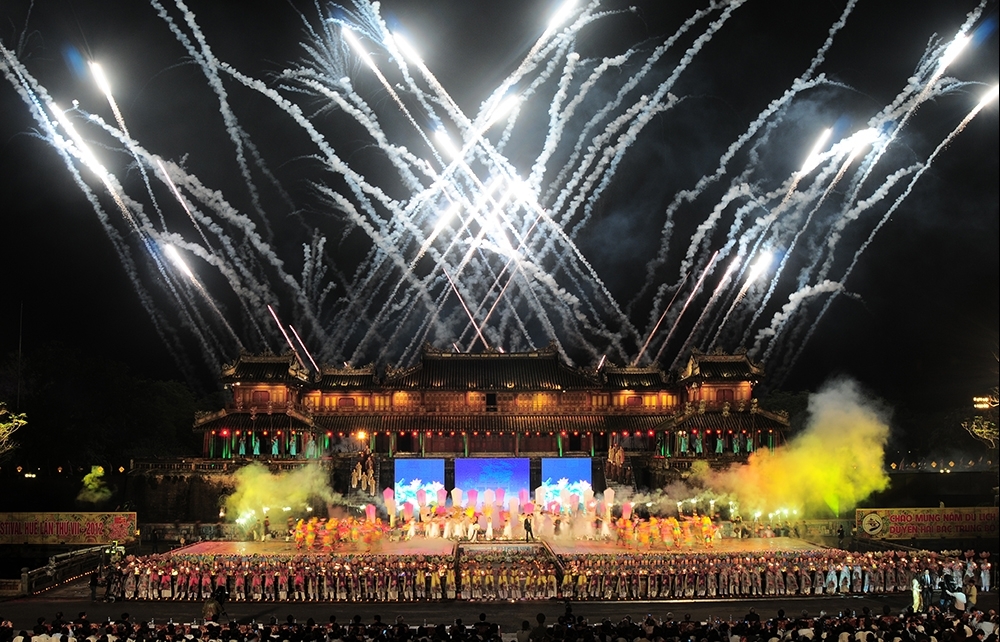