The ceremony is part of the programme on benchmarking and ranking sustainable businesses in Vietnam which was initiated by the Vietnam Business Council for Sustainable Development (VBCSD) under the guidance of Vietnam Chamber of Commerce and Industry (VCCI).

This is the second year VBCSD has organised this programme and received almost 500 applications from the business community.

Despite the significantly higher number of applications this year, Heineken Vietnam has improved its previous ranking from the third to the first sustainable manufacturing company in Vietnam.

The company topped the Corporate Sustainability Index (CSI) due to its significant achievements in 2017. Heineken Vietnam contributed approximately 0.75 per cent of the nation’s GDP. Additionally, the company’s focus on green growth by promoting carbon-neutral initiatives such as using biomass to create thermal energy for brewing greatly boosted its evaluation.

It also prioritises Vietnamese suppliers wherever possible and by doing so created nearly 200,000 extra jobs in Vietnam.

Heineken Vietnam has shown strong commitment to advocate responsible drinking in Vietnam by implementing impactful campaigns, such as the Responsible Drinking campaign at Tiger Wall events.

Additionally, Heineken Vietnam Brewery has been one of the most long-standing, stable, and successful joint ventures in Vietnam for the past 26 years.

The CSI has been used as the base criteria for ranking and celebrating the most sustainable companies in Vietnam since 2016. It is aimed at promoting sustainable development in the Vietnamese business community and has been developed as a gauge of corporate values in the fields of the economy, society, and environment.

“We are honoured to receive this prestigious recognition for Heineken Vietnam’s continued efforts and commitment to Brewing a better Vietnam throughout our 26-year journey in Vietnam,” said Tran Minh Triet, deputy managing director of Heineken Vietnam. “This is a remarkable source of inspiration for all of us at Heineken Vietnam. We look forward to continued support and direction from the government for sustainability-conscious organisations so that we can further integrate sustainability in our overall business, contributing even more to Vietnam’s sustainable development.”

At the recent Vietnam Corporate Sustainability Forum (VCSF 2017) held earlier this October in Hanoi, Heineken Vietnam was recognised by representatives from the government and the business community as an excellent example of applying sustainable business practices to its operations.

At the forum, Heineken Vietnam shared its success story on how driving the sustainability agenda has helped its business and the community grow together.

Key to this is creating an inclusive value chain, such as by implementing the circular economy model, and transparency and integrity in business and sustainability reporting.

Established in 1991, Heineken Vietnam Brewery Company Limited (formerly Vietnam Brewery Limited) is a joint venture between Saigon Trading Group (SATRA) and Heineken, a Dutch family-owned business with a history of over 150 years.

This is one of the world’s leading international brewers that brews and distributes over 250 beer and cider brands in more than 180 countries. 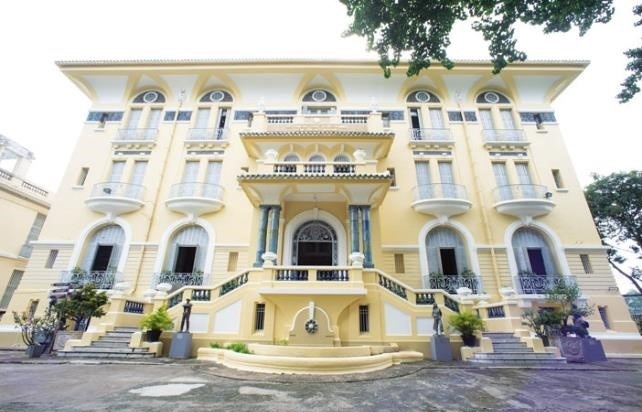