June 23, 2021 | 13:47
Tweet Email Print
As cinemas across the country are in adversity due to COVID-19 and the shortage of overseas blockbusters, Galaxy Cinema approached bond issuance as a solution to maintain performance.

Galaxy Cinema’s parent company Galaxy Me has successfully mobilised VND25 billion ($1.08 million) from the bond issuance. Thien Viet Securities represented an individual who wished to be unnamed, to purchase the entire amount of bonds.

According to information published by the company, the offering bonds are inconvertible with collaterals and sellable. The annual interest rate is 10 per cent with a timeline of 24 months starting on the issuance day of May 19, 2021.

Galaxy Me’s utilisation of bond issuance is understandable because its performance has been weakened since the health crisis broke out last year. Along with CJ CGV, Lotte, and BHD, Galaxy Cinema on June 3 sent a document to the prime minister aiming to call for saving it from bankruptcy.

“Our earnings in November 2020 dropped by 65 per cent on-year,” said Nguyen Thi Mai Hoa, managing director of Galaxy Cinema. “In May 2020 when cinemas were reopened, the fulfilling rate over cineplexes recorded about 10 per cent, down 70-80 per cent on-year.”

“We had to cut from a half to two-thirds of staff members to optimise the operation cost,” Hoa added.

Other cinema players are also in the same difficulty. According to BHD Star, the constant closures over the pandemic has disrupted its performance. From early 2020, the revenue plunged by 60-70 per cent against the previous year.

“Even the cinemas reopened in last May, the number of customers coming to the cineplexes were sparse because of the shortage of overseas blockbusters and also the fear of the disease,” said BHD Star’s representative.

CJ CGV, which holds the largest share of the local cinema market, had to cut the number of cinemas from 81 to three now, according to the document sent to the PM.

“The fourth COVID-19 resurgence is likely to destroy the entire performance of all cineplexes across the country. In case no supporting measures are carried out, the bankruptcy is a matter of time,” noted the document. 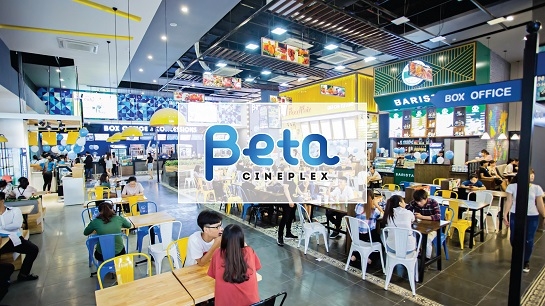