December 28, 2019 | 12:11
Tweet Email Print
Vietnam reported an all-time high trade surplus of $9.94 billion in the past four years. The US, Europe, China, and countries in the ASEAN are the largest export markets of the country.

According to statistics published by the General Statistics Office of Vietnam, in 2019, the country posted a total import and export revenue of $516.96 billion, up 7.6 per cent compared to 2018.

The export revenue was estimated at $263.45 billion, an on-year increase of 8.1 per cent, higher than the target set by the National Assembly and the government of 7-8 per cent. Besides, the import revenue was $253.51 billion.

The manufacturing and processing sector made the largest contribution to Vietnam's export revenue with $222.17 billion, accounting for 84.3 per cent.

32 kinds of goods reached export turnover exceeding $1 billion, accounting for 92.9 per cent of the total export turnover of the country, including mobile phones and spare parts, computers and components, and textiles and garments.

The US is the largest export market of Vietnam with the turnover of $60.7 billion, followed by Europe, China, the ASEAN, Japan, and South Korea.

Imports mainly served export production at foreign-invested enterprises, with 37 goods categories reporting import turnover of over $1 billion, including electronic products, computers and parts, telephones and parts, as well as materials for cloth.

China is the largest import market of Vietnam with the total turnover of $75.3 billion, signifying an increase of 14.9 per cent. The runners up are South Korea, the ASEAN, Japan, and Europe.

The export achievement was attributed to the ministry’s negotiations on market expansion. With 16 signed free trade agreements (FTAs), including 12 already in effect, a number of new markets have been opened for Vietnam, facilitating the country’s export activities. 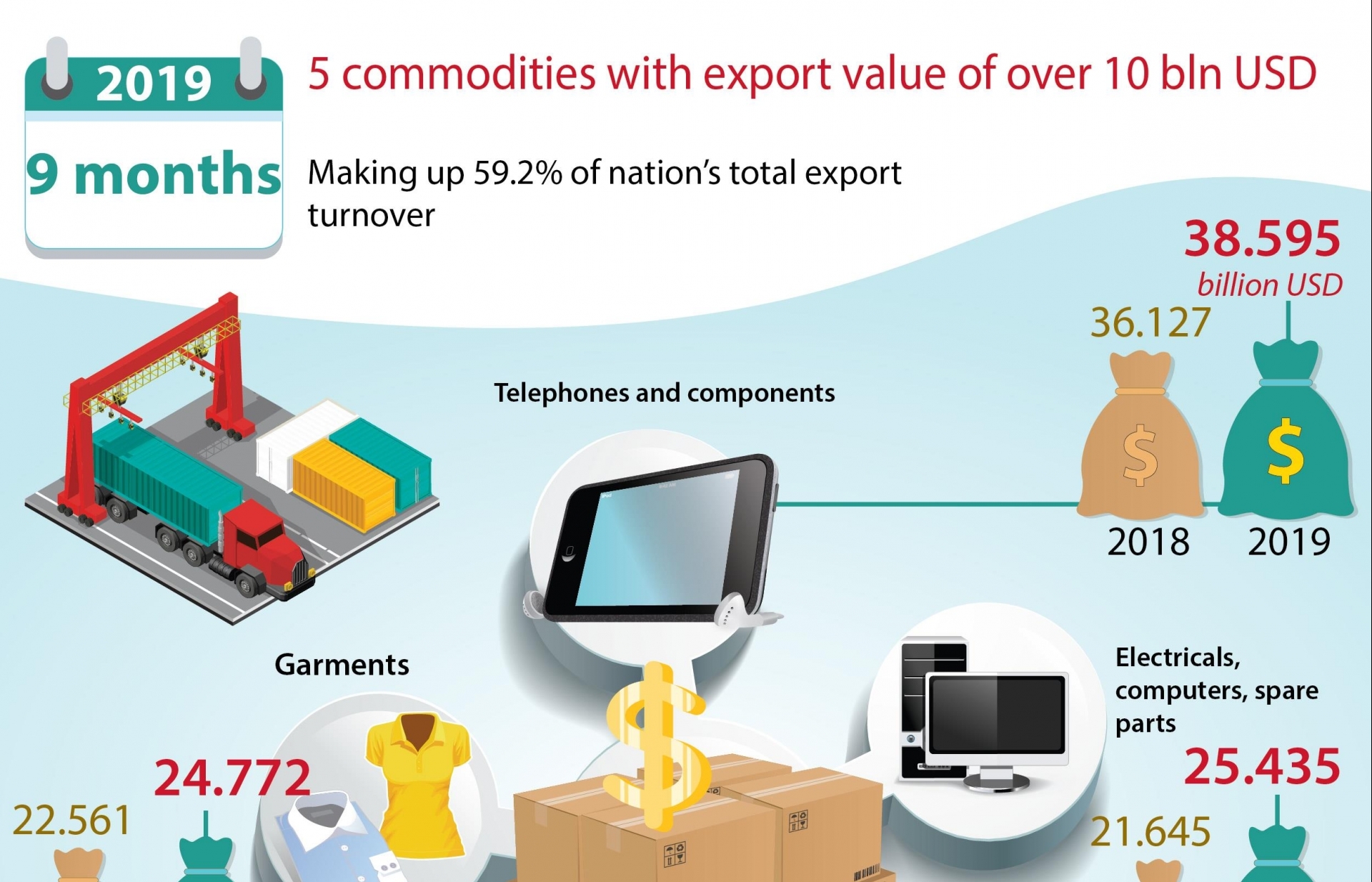 5 commodities with export value of over 10 bln USD 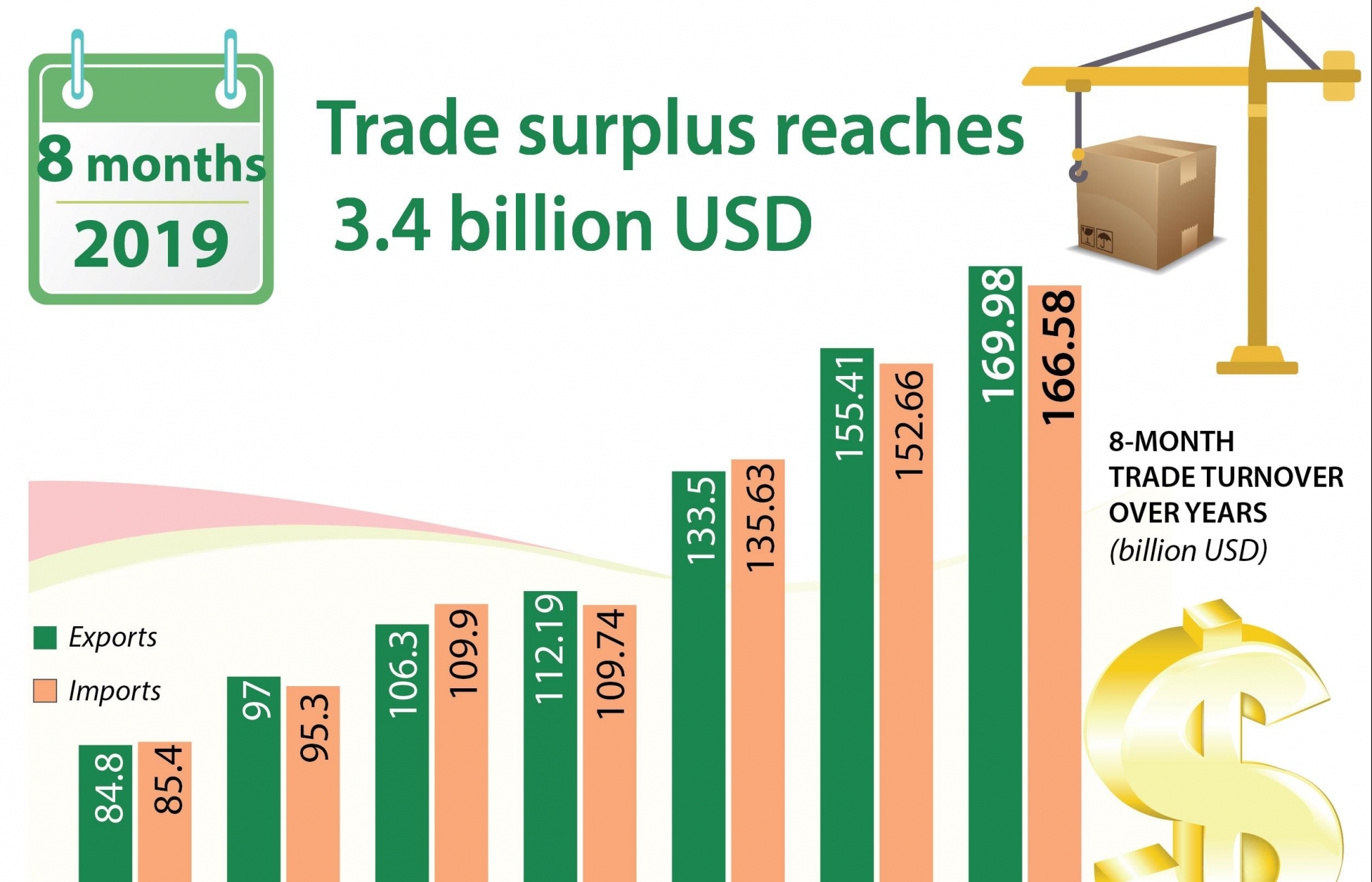 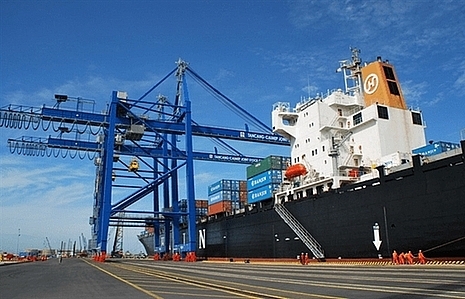 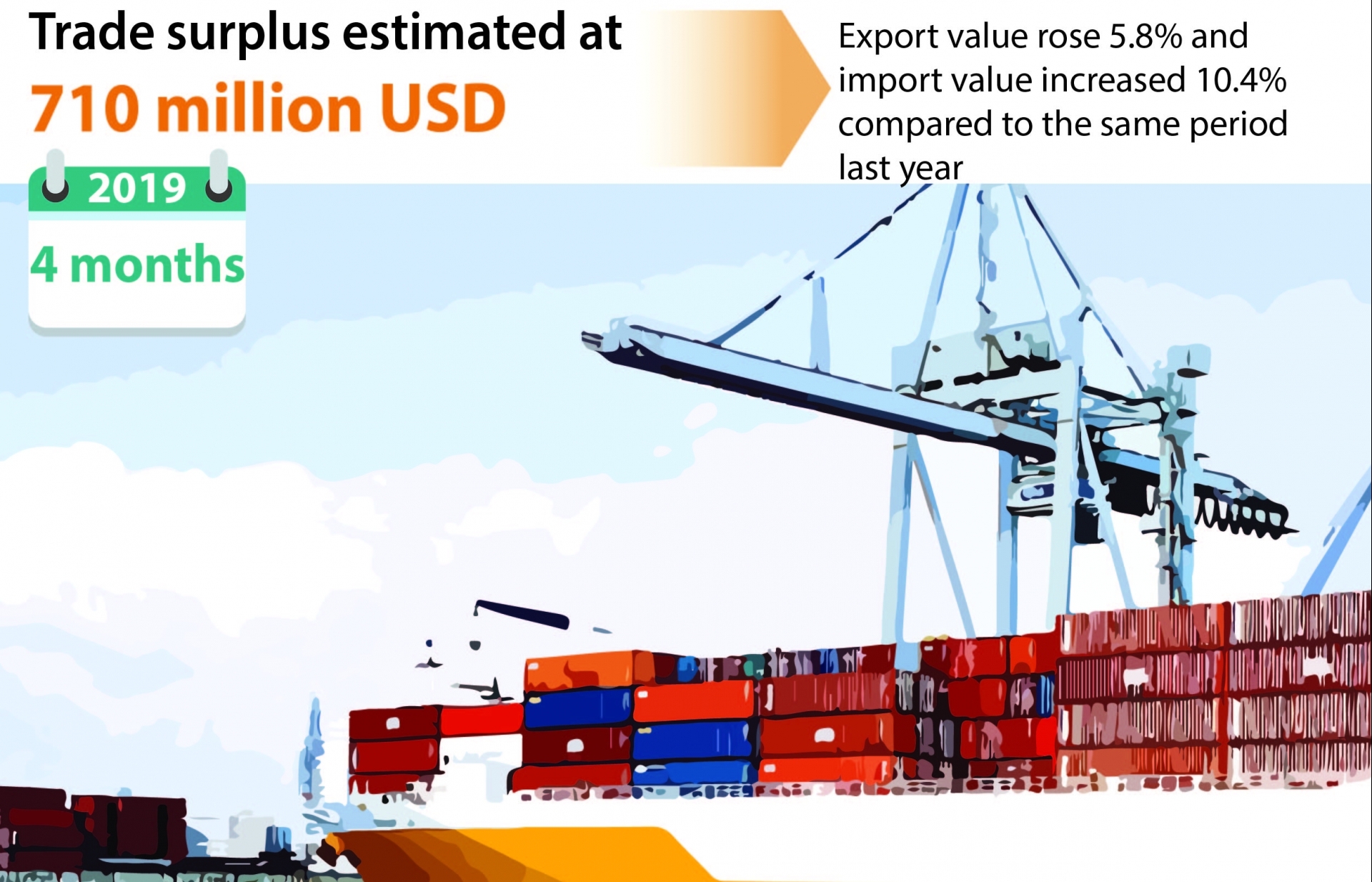 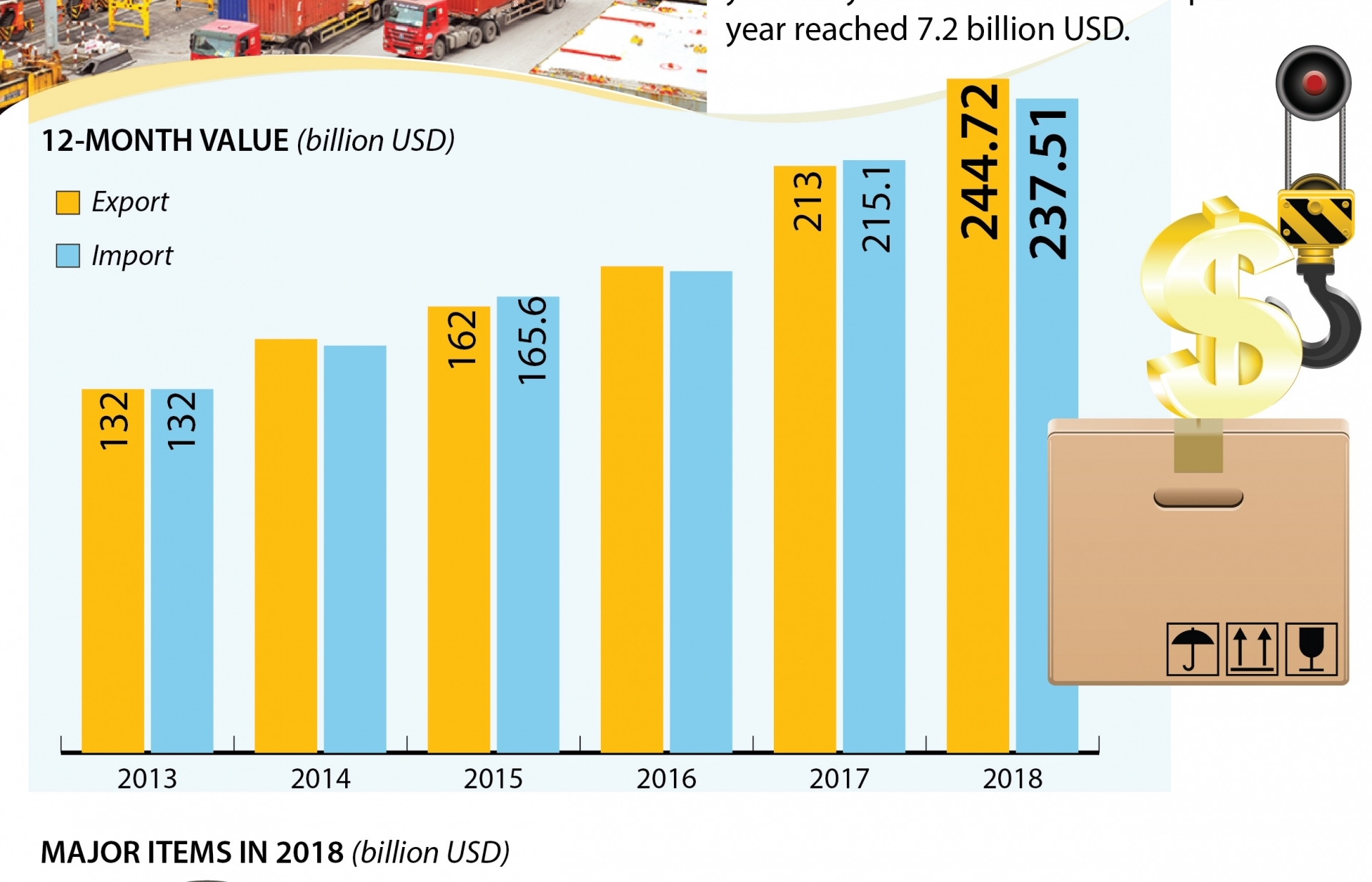 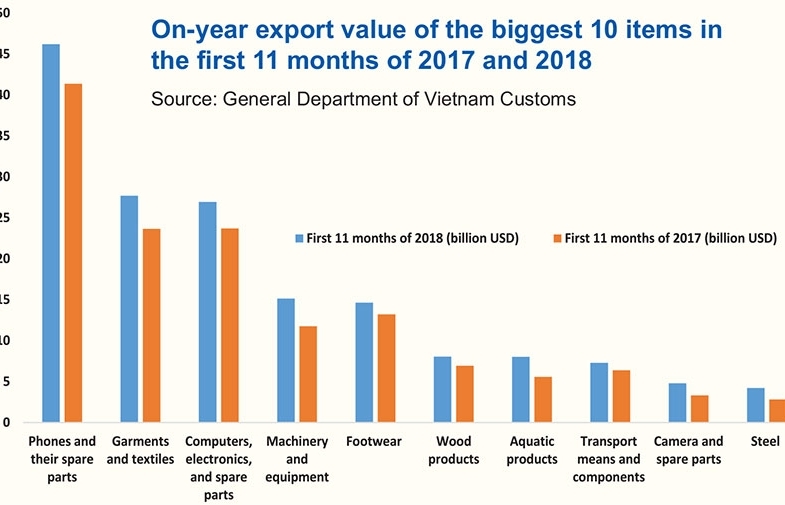