August 15, 2019 | 14:45 (0) user say
Tweet Email Print
The 2019 Vietnam M&A Forum last week awarded the winners of the most notable deals and advisors in the past year. The prizewinners are companies, law firms, and ­advisory firms that have brought the M&A market alive in 2018-2019.

The award picks have been chosen from a pool of ­prominent nominees for their notable accomplishments in business and service to the community, while the evaluation and selection of the nominees was completed by an independent judging panel.

The contenders were then divided into ­categories under the umbrellas of Most ­Notable M&A Deals and Most Notable M&A Advisory Firms. The full list of winners will ­provide businesses and ­investors with a summary of the M&A activities that took place in Vietnam.

In May, SK Group, through its investment arm SK Southeast Asia Investment, decided to invest $1 billion to acquire the shares of Vietnam’s leading privately-run conglomerate Vingroup. Accordingly, SK Group has agreed to purchase 154.3 million shares of Vingroup through a private placement and 51.4 million shares of VinCommerce for VND113,000 ($4.91) apiece. Following the transaction, the two conglomerates said they will explore investment opportunities in Vietnam and the region, including jointly conducting M&A deals. Last September, SK Group also scooped up a 9.5 per cent stake in Vietnamese consumer giant Masan Group Corporation for about $470 million. SK Group is one of the largest conglomerates in South Korea, with a successful track record of building leading domestic and global businesses both organically and through acquisitions. The group is keen on growing its footprint in the ASEAN region and sees Vietnam, the region’s fastest-growing economy, as a strategic base.

In June, local retailer Saigon Co.op took over 18 stores and the entire online retail system of French company Auchan Retail in Vietnam for an undisclosed sum. Auchan pulled out of Vietnam as it could not find the economic model to match the market. The transaction between Saigon Co.op and Auchan is believed to have been a fire sale offering good value for Saigon Co.op and a quick exit for Auchan. Although the value of the acquisition was not revealed, Saigon Co.op’s representative said that the two sides have ended the negotiations on the price. Saigon Co.op will operate these stores until the 2020 Lunar New Year after which the sides will sit down to negotiate further co-operation opportunities, including exporting local products via Auchan’s global retail chain.

In April, Truong Hai Auto Corporation (THACO) expressed interest in buying approximately 70 million shares to increase its holding in Hoang Anh Gia Lai Agricultural JSC (HAGL Agrico) as per the agreement between the two parties, after spending nearly $100 million on buying convertible bonds from this agricultural company. Accordingly, THACO registered to buy 69.7 million shares in HAGL Agrico, acquiring 7.86 per cent. The transaction was expected to be completed by the end of May 22, but Thaco instead bought 4 million registered shares in June. Besides, HAGL registered to sell nearly 60 million shares in HAGL Agrico. The deal is expected to be completed by August 10 and THACO is considered one of the most promising investors.

In September 2018, Vingroup’s retail arm VinCommerce completed the acquisition of 100 per cent of the Fivimart supermarket system. The stores were renamed VinMart, the supermarket brand of Vingroup. The deal between VinCommerce and Fivimart came after retail giant AEON terminated its deal with Fivimart after four years due to losses, selling its 30 per cent stake in Fivimart.

In the previous month, Hanwha Asset Management paid $400 million for 84 million preferential shares in Vingroup. The sale came after Hanwha’s unsuccessful attempt to join the $13.5 billion public debut of Vinhomes, the property arm of Vingroup, back in May 2018.

Two months ago, MPM Investments Pte., Ltd., a subsidiary of Japan’s Mitsui & Co., Ltd., acquired 60 million shares in Minh Phu Seafood JSC to raise its stake in the Vietnamese shrimp processor to 35.1 per cent. The purchase was made through a private placement worth nearly VND3.04 trillion ($132.17 million), equivalent to VND50,630 ($2.2) per share. In late May, MPM had bought 10.2 million shares, or a 7.37 per cent stake, in the company.

In April, Taisho Group, one of the five largest pharmaceutical producers in Japan, officially acquired a controlling stake in Hau Giang Pharmaceutical JSC (DHG) after buying 20.6 million DHG shares. Through the purchase, Taisho increased its ownership in DHG to 66.4 million shares, equaling 50.78 per cent of the stakes. With the offered selling price of VND120,000 ($5.22) apiece, the Japanese pharmaceutical firm spent VND2.47 trillion ($107.39 million) on the deal. The other major shareholder in DHG is State Capital Investment Corporation with 43.3 per cent. The reason behind the increase of ownership in a local pharmaceutical firm is that Taisho’s market share in the food supplement and hair growth supplement segments is decreasing in Japan, while Vietnam has great potential to develop these products.

In June, Vietnam’s leading dairy producer Vinamilk completed the purchase of 90.06 million of the 116.71 million shares it registered to buy in GTNfoods JSC. After the deal, Vinamilk increased its holding in GTNfoods to 38.34 per cent. While Vinamilk refused to disclose the value of the deal, based on the VND13,000 ($0.57) share price offered by Vinamilk, it is said the dairy manufacturer may have paid around VND1.17 trillion ($50.87 million) on the purchase. Previously, even though GTNfoods refused its previous proposal, Vinamilk remained eager to acquire more stakes in the firm (which holds 51 per cent of Moc Chau Milk Company) as part of its M&A strategy to expand its market share in the dairy manufacturing sector.

* Sojitz and The PAN Group

In September last year, The PAN Group completed the private placement of 13.4 million shares to Japan’s Sojitz Group for VND61,000 ($2.65) per share. Sojitz invested VND817.4 billion ($35.54 million), becoming a major shareholder with 10 per cent in PAN. This private placement provides PAN with more financial resources to invest and implement its next M&A projects in its development strategy in the agriculture and food industries. More importantly, Sojitz has been chosen as a strategic partner of PAN to co-operate on upgrading Vietnam’s agricultural and food products for distribution to domestic and international markets.

SonKim Land Corporation successfully concluded a deal that raised approximately $121 million from international investors, including Lemongrass Master Fund, ACA Vietnam Real Estate LP, and Credit Suisse this past June. This deal follows the success of two previous deals in 2013 and 2016. The latest deal was SonKim Land’s biggest fundraising ever since 2013. Existing investors continuing to participate in fundraising, and the attraction of a global bank like Credit Suisse, is showing that the company is producing quality projects and that it has great potential to grow bigger. 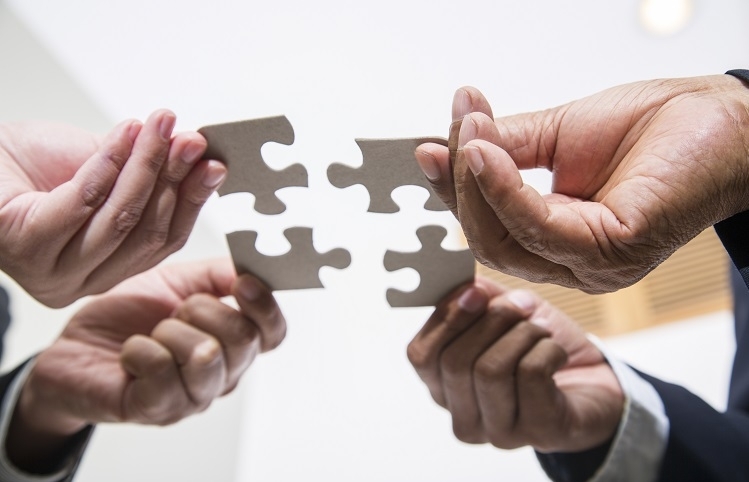 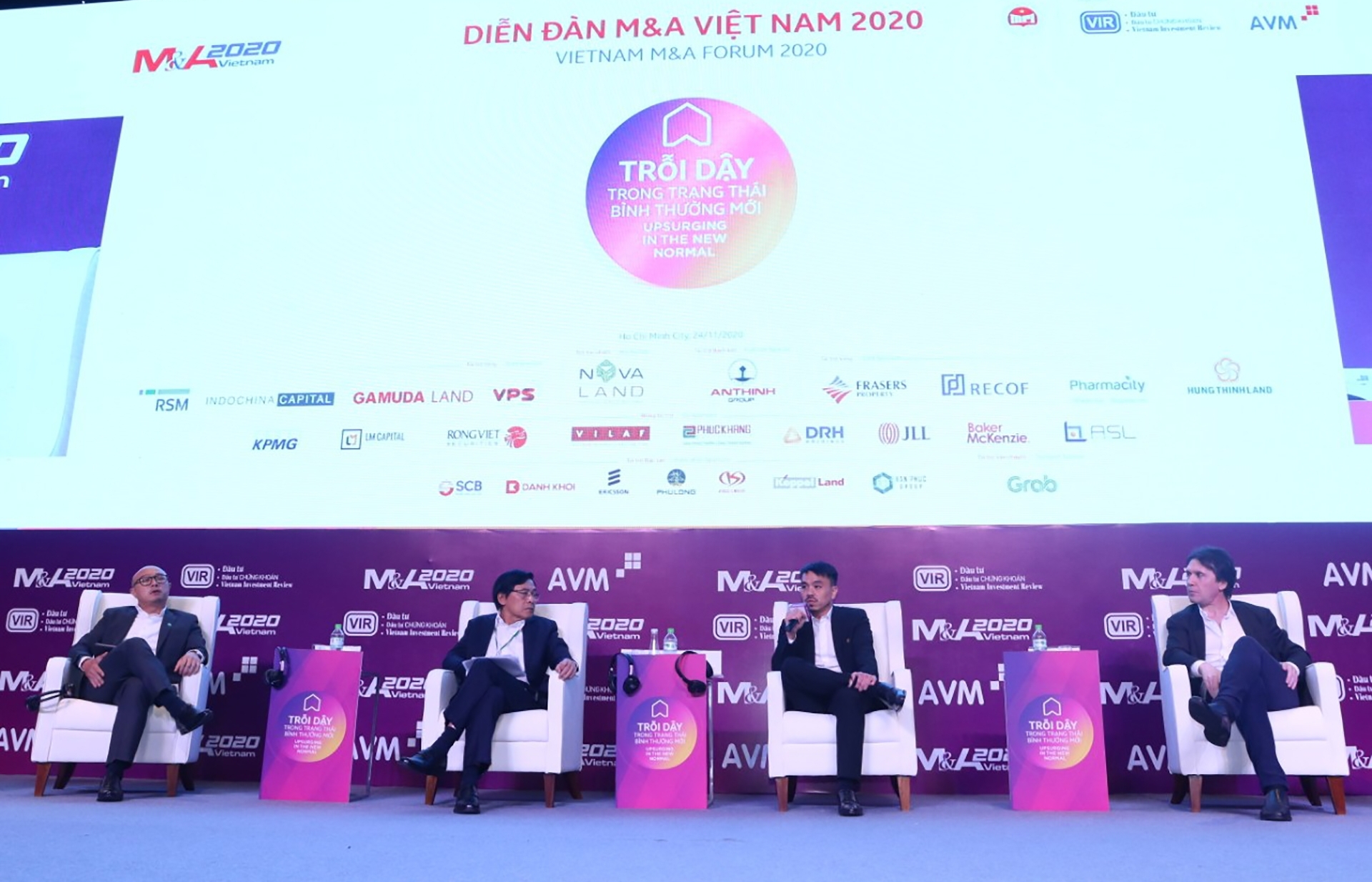 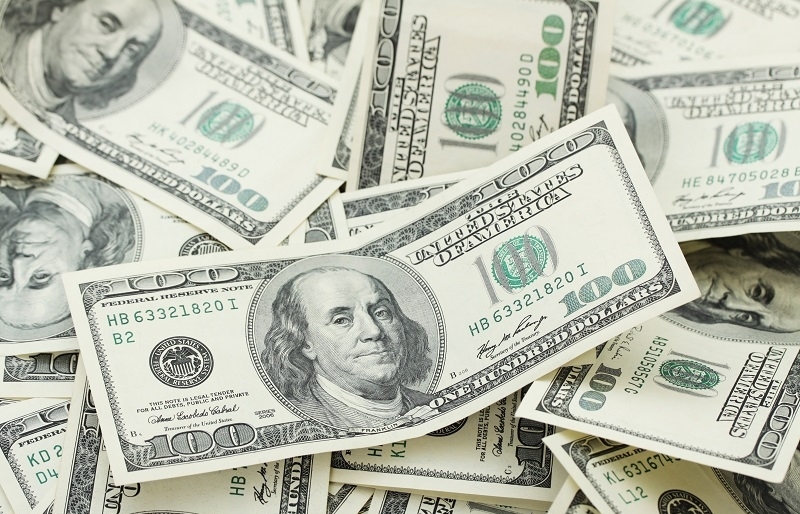 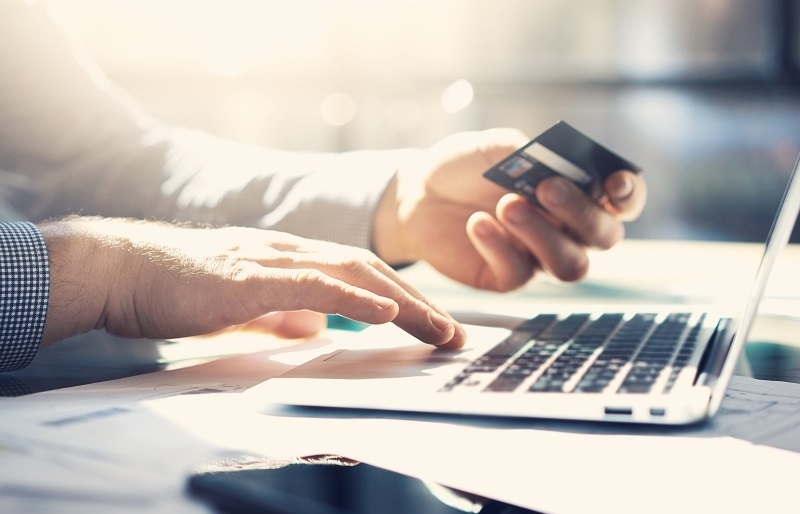 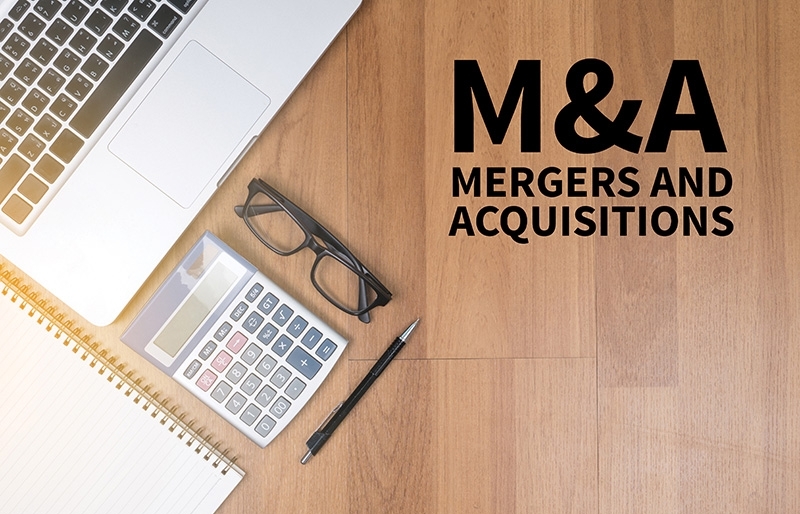 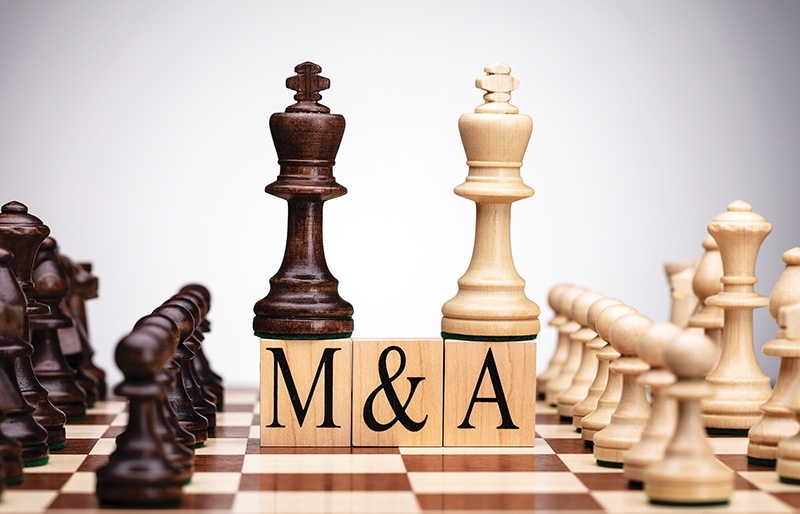 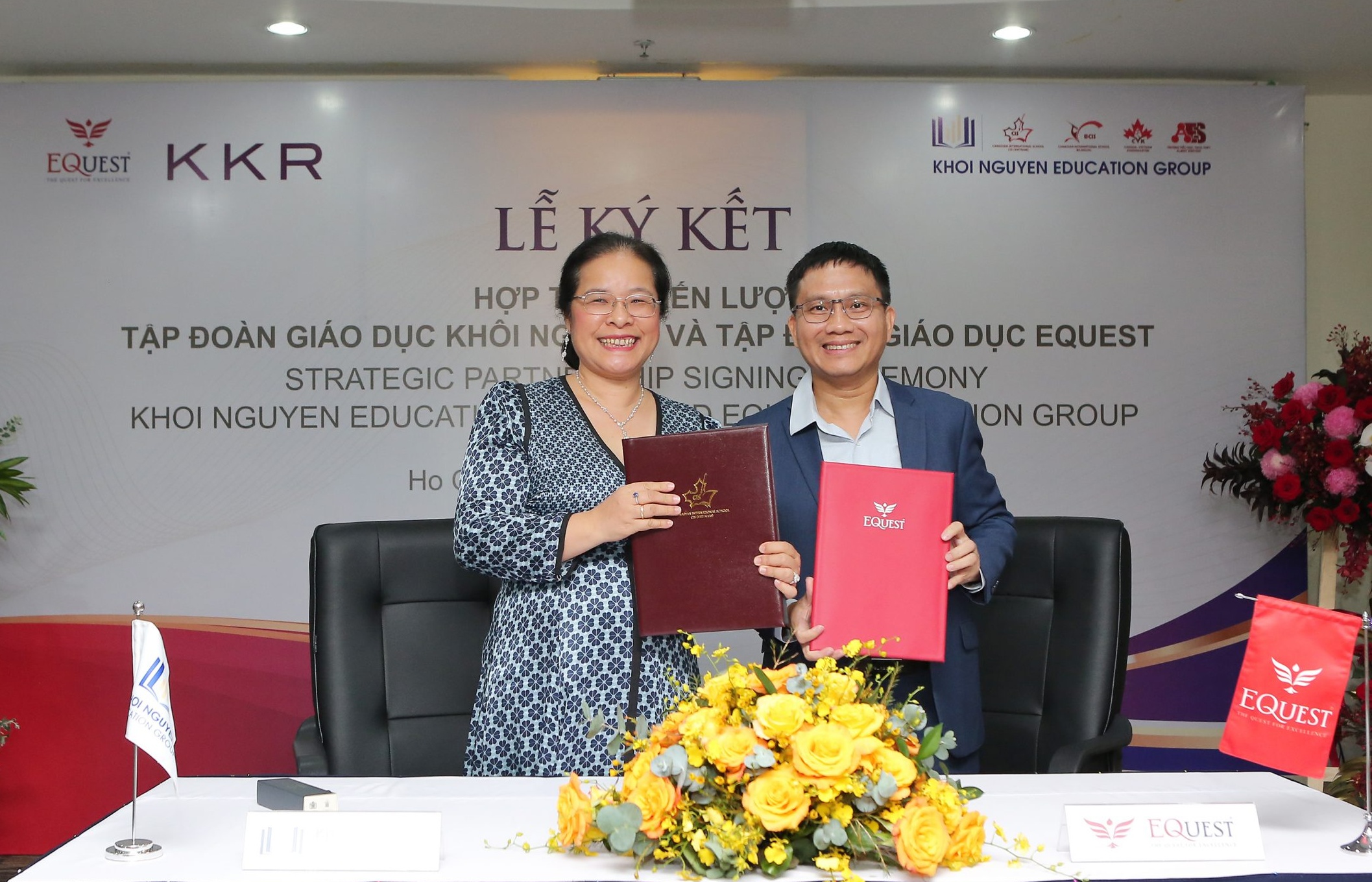