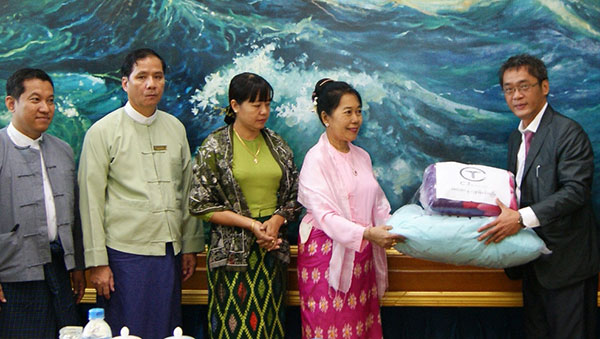 The group has submitted plans for the Vietnam-Myanmar Industrial Zone to Myanmar Vice President Nyan Tun. CT has not yet released details to the public.

However, the group did say that the industrial zone would serve Vietnamese companies that want to invest in Myanmar, but did not have a home for their production facilities.

Myanmar is being eyed as a potential new emerging market by enterprises all over the world.

During their meeting with Tun, CT donated bed sets, blankets and pillows valued at $30,000 to support low-income people in areas affected by natural disasters.

CT Group is actively seeking business in Myanmar and it is also expanding into Indonesia.

According to the Myanmar Investment Commission, by the end of August 2013, the country saw a total of more than $43 billion in foreign investments. China is the biggest investing country and Vietnam is in the top ten list. The top exporting country to Myanmar is China, followed by Thailand, Singapore, South Korea, Malaysia, India, Germany and Vietnam.

The Myanmar Investment Commission reported that by the end of August the country registered more than $43 billion in foreign investment. China topped the list, followed by Thailand and Singapore. Vietnam was the eighth.

By By Tuong Thuy